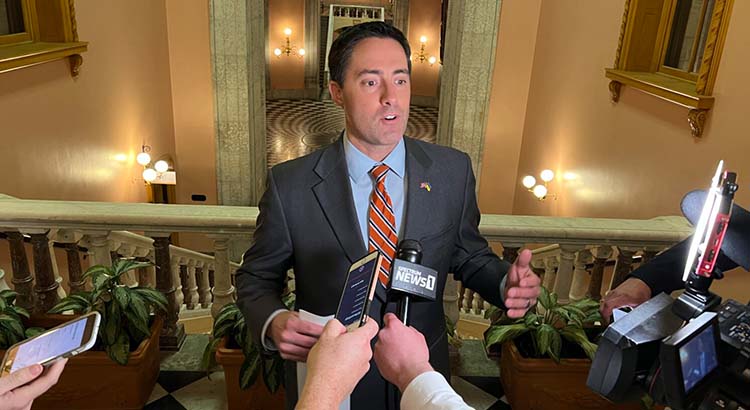 An Athens County Democrat filed a lawsuit last week asking the Ohio Supreme Court to reverse a decision by the Republican Secretary of State and allow her onto the ballot in a southeast Ohio House district.

The story of the ballot fight includes a scandal in Ohio University’s Student Senate, a primary election delayed by Ohio’s messy redistricting clash, a Democrat’s resignation after winning an uncontested race, and some of the finer points of election law.

The result is Jay Edwards, a three-term Republican incumbent, currently running unopposed in one of the more competitive districts in the November General Election.

Ohio law allows the two major political parties to replace candidates who withdraw after primaries. The Democratic Party chose Tanya Conrath — a southeast Ohio native, attorney and nonprofit leader — to fill a hole left by the victor who dropped out.

Republicans on the Athens County Board of Elections, however, objected, leaving the matter tied 2-2. Ohio Secretary of State Frank LaRose, a Republican responsible for casting the deciding vote, voted against letting Conrath on the ballot.

He said because Rhyan Goodman, the Democratic candidate who won an uncontested primary, resigned before officials formally counted the vote and certified his victory, then the law doesn’t guarantee the Democrats the right to replace a candidate.

“They’re trying to cheat their way into not giving [incumbent GOP Rep. Jay Edwards] an opponent and not giving voters a choice,” Conrath said in an interview. 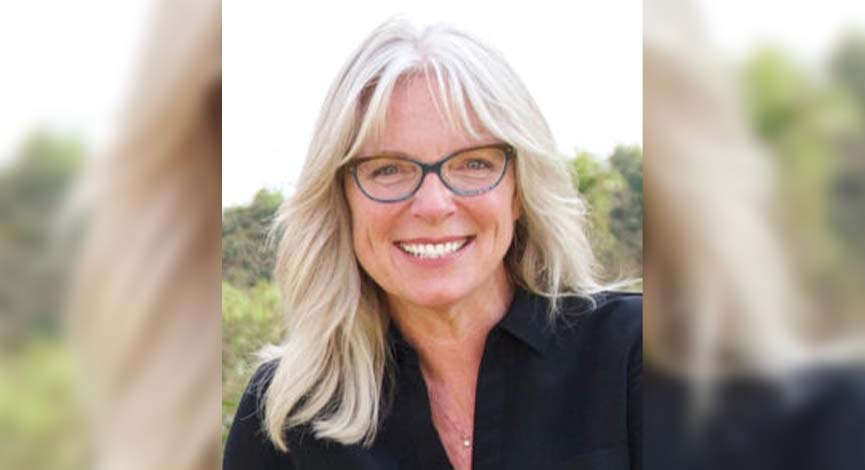 The issue traces back to February when Goodman, as a 19-year-old Ohio University student, filed to run in Ohio’s 94th House District using his dorm as his filing address. In a matter of weeks, however, Goodman met his first brush with political scandal — not via state politics but with the Ohio University Student Senate.

Goodman faced impeachment for allegations that he lodged false accusations in an anonymous letter against the student treasurer and encouraged other student senators to accuse her of intimidation, according to student publication The New Political. He resigned just before his trial was set to start.

In the fallout of some “mistakes that might have been made,” Goodman drifted away from the Ohio House race, according to Athens County Democratic Party Chairman Sean Parsons. In the runup to the primary, Goodman had no campaign website, no social media, and did not respond to phone calls from a reporter.

He won 100% of the 1,174 votes cast in the Aug. 2 primary. Regardless, six days after he won the election but before county officials formally certified the vote, Goodman withdrew his name from contention for the November election. He did not respond to calls or emails.

Rep. Allison Russo, the ranking House Democrat, defended the lack of failsafe candidates in the race. She said candidate recruitment is difficult in districts that weren’t finalized at the time, some of which were later found to be unconstitutional gerrymanders. What Democrat would step into that uncertainty knowing Republicans control the game?

She said the party developed “some concerns” about Goodman in the spring, but there was little to be done without a certain election date or district lines to go off. Conrath, Russo said, followed the rules and the Republicans are just afraid of the competition.

“Not surprisingly, Secretary LaRose once again put partisan interests over running fair elections and couldn’t even cite any case law to support his decision,” she said.

Primary elections are typically held in May. However, the Ohio Supreme Court repeatedly found Republicans’ proposed decennial redistricting maps to be unconstitutional partisan gerrymanders. The court’s majority demanded fairer maps. Republicans refused. The standoff ended with a second primary election in August after a federal court ordered the election to proceed with a map the state Supreme Court found unconstitutional.

Although the election date changed, some of the relevant administrative deadlines did not. Conrath, who had been contacted by the party and urged to run, had until Aug. 15 to file. The board of elections didn’t certify Goodman’s victory until Aug. 17.

However, Republicans on the Athens County Board of Elections argued that because Goodman wasn’t certified at the time of Conrath’s filing, the party therefore has no eligible candidate to replace. Larose agreed.

“As such, Rhyan Goodman was not the official nominee and party candidate at the time of his withdrawal,” he said in casting his tie-breaking vote. “The Athens County Democratic Party … could not replace him prior to the official certification of the Aug. 2, 2022 primary results.”

Conrath’s lawsuit in the Supreme Court disputes the idea that the lack of certification means Conrath can’t be chosen as a replacement. In court documents, she cites a similar case from 1992 in which a Republican candidate running for county recorder withdrew from the ballot after some primary votes were cast and his name was already printed on the ballot. The secretary of state at the time ordered against certifying the candidacy.

The Ohio Supreme Court reversed, finding boards of election have a “clear duty” to count ballots cast for a candidate even despite an “untimely withdrawal” from consideration. The court also held that candidacies “retain vitality” for some purposes even after withdrawing.

LaRose, through a spokesman, did not respond to inquiries. The Supreme Court ordered him to respond in court to Conrath’s lawsuit by Wednesday.

Edwards, reached via text message, didn’t respond when asked if he thought the court should let Conrath run.

Parsons tentatively acknowledged that the Democrats should have fielded another candidate for the race. However, he said the chronic uncertainty given redistricting and the mishmash of deadlines weakened the process. And Republicans’ reasoning, he said, doesn’t pass the smell test.

“They’re not operating in good faith on this issue; It’s an attempt to keep somebody off the ballot,” he said. “It’s always better to have choice. That’s the way representative democracies work.”

Conrath describes herself as a fifth generation Appalachian. She was born and raised in southeast Ohio and married a fellow native. After graduating Ohio University as an undergrad and Ohio State University for law school, she worked in a law practice in Athens.

She owns a home appraisals business, works as associate director of the Ohio University Innovation Center, and works at an adult career center as well. She has served on nonprofit boards including My Sister’s Place and Planned Parenthood of Southeast Ohio.

She said she was invited to run after Goodman’s resignation in August and made the decision and filing in a “whirlwind.” She had previously toyed around with the idea of running, but the U.S. Supreme Court’s decision to overturn its landmark ruling establishing women’s constitutional right to abortion access cemented her decision.

“The Dobbs decision and watching Ohio put in a six-week abortion ban was the straw that broke the camel’s back,” she said.

Besides the court’s findings of partisan gerrymandering, the vast majority of statehouse elections are unlikely to produce competitive general elections. Edwards’ district, however, is comparatively tight. Dave’s Redistricting App estimates it gives Republicans a 52%-45% edge. While President Donald Trump won the district in a landslide, Gov. Mike DeWine won it by a narrow 1.5%, according to analysis from the Ohio Manufacturers’ Association.

“This is a political play, and I think everyone knows it,” she said. “And I hope the Supreme Court sees this for what it is.”