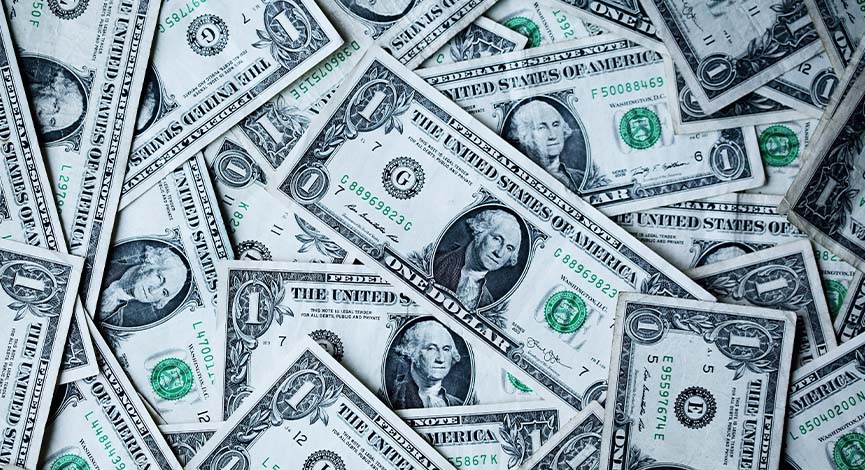 Republicans in state capitals across the country are targeting an investing concept known as environmental, social and corporate governance criteria, or ESG for short.

Describing these investment criteria as “woke” and “misguided activism,” GOP officials argue that by taking these factors into account when making investment choices, financial institutions are putting ideology ahead of making money. Experts on this investment criteria say that it’s the other way around, and that Republicans are losing money for their constituents by unnecessarily narrowing the options of the financial institutions the state does business with.

Nineteen Republican state attorneys general wrote a letter to BlackRock, the world’s largest asset manager, which manages $10 trillion, according to Insider, in August. The letter accuses BlackRock of making decisions based on its alleged political agenda rather than the welfare of state pensions.

“A governance engagement strategy primarily focused on BlackRock’s climate agenda necessarily overlays ESG factors on the core index portfolios that comprise a substantial part of many state pension funds,” the state attorneys general said in their letter. They added, “BlackRock’s commitment to the financial return of state pensions should be undivided.”

In its response, BlackRock called the attorneys general statements inaccurate and wrote “we are disturbed by the emerging trend of political initiatives that sacrifice pension plans’ access to high-quality investments – and thereby jeopardize pensioners’ financial returns.”

The same group of attorneys general along with Virginia’s AG have joined an investigation by the Missouri Attorney General into whether Morningstar, a financial services company, violated consumer protection law as it evaluated companies performance on ESG issues.

Florida Republican Gov. Ron DeSantis has also taken on the issue. On Aug. 23, he successfully pushed through a ban on considering ESG criteria in state pension fund investments.

DeSantis said of his win against ESG investing, “We are reasserting the authority of republican governance over corporate dominance and we are prioritizing the financial security of the people of Florida over whimsical notions of a utopian tomorrow.”

But Witold Henisz, vice dean and faculty director of the ESG Initiative at the Wharton School of the University of Pennsylvania, said such policy developments are bad news for taxpayers in these states.

According to Deloitte, by 2024 half of all professionally managed assets globally will have investments in companies that take ESG issues into account. BlackRock has seven of the 10 largest ESG funds, according to Barrons, and its ESG-integrated portfolios covered $2.9 trillion in assets, according to its 2020 sustainability disclosure report.

The Securities and Exchange Commission’s resource for investors notes that the environmental component of such investment strategies “might focus on a company’s impact on the environment or the risks and opportunities associated with the impacts of climate change on the company, its business and its industry.” The social criteria may relate to human rights issues or labor rights, and governance has to do with how the company conducts itself.

Alison Taylor, executive director of Ethical Systems at New York University, said that climate issues, which Republicans have been most critical of when discussing ESG investing, are actually one of the better factors to consider when making these investment decisions.

“Depending on the issue, there is more or less a ‘business case,’ more or less evidence showing that this issue will affect the bottom line of the organization,” she said. “Now where everybody has landed is climate change. I think that that’s problematic for the Republican position because there are some of these issues where there’s mixed evidence or there’s not that much evidence that the issue will have a dramatic impact on the bottom line over the long term. But climate is certainly an issue where there’s plenty of evidence that if you don’t manage climate risk now, that will have a detrimental financial impact over the long term.”

North Carolina and Texas politicians have also spoken out on ESG investing. Texas Comptroller Glenn Hegar (R) prohibited several financial firms from having contracts with his state, which means that Texas pension funds can no longer work with huge companies like BlackRock, UBS Group AG and Credit Suisse Group AG. Hegar said he decided to focus on banning firms that “boycott energy companies” in his announcement of the decision on August 24.

Hegar said that state government entities would have to notify his office no later than 30 days after seeing the list of banned firms of the financial companies in which they have holdings. They also have to turn in an annual report “to the presiding officer of each house of the Legislature and the attorney general that identifies all securities sold, redeemed, divested or withdrawn in compliance with the Texas Government Code.”

Texas has been targeting ESG investing for some time. Wayne Christian, a Republican on the Texas Railroad Commission, which regulates oil and gas, criticized ESG as potentially hurtful to employment in the energy industry in January 2021, according to Bloomberg. In May of 2021, he said the SEC should protect oil and gas companies from ESG investing, the outlet reported. The following month, Texas Gov. Greg Abbott (R) signed a bill into law that says the state’s pension funds must divest, sell, withdraw, and redeem from companies that it characterizes as boycotting energy companies.

North Carolina State Treasurer Dale Folwell, who manages the state’s pension fund, has also criticized ESG investing and told top1000funds.com that the pension fund is going to take a different approach to environmental factors through shareholders voting instead of through a proxy vote by asset managers.

Taylor said she sees Republican efforts to attack ESG investing as similar to the Republican focus on critical race theory in the sense that policymakers took a concept that many Americans weren’t familiar with and used that to their advantage to meet certain political goals.

“You can think about ESG as an attempt to sort of bring critical race theory to the private sector,” she said.

Taylor added, “This stuff is wonky and it’s technical and it’s really disputed and a lot of people use the term in different ways. It’s the exploitation of a level of misunderstanding and I think they hope that people will be like, ‘Well, Disney really overstepped the mark.’”