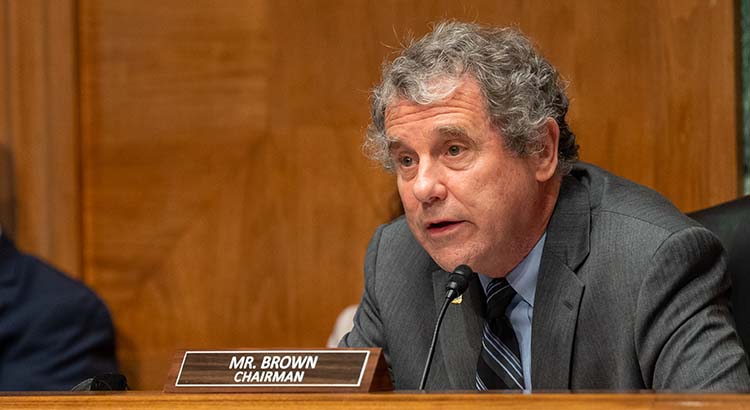 The Inflation Reduction Act signed last month by President Joe Biden does some things that poll well with Americans. It attempts to lower the cost of prescription drugs for seniors, it extends health care subsidies for lower-income people and it’s a significant attempt to combat climate change.

So in criticizing the bill, many Republicans have seized on another provision — one that will give an additional $80 billion to the IRS through 2031, much of it to step up enforcement.

Ohio Secretary of State Frank LaRose has been particularly critical of that provision, portraying it as a way for federal bureaucrats to harass average people.

“President Biden is getting $80 billion in new spending for the IRS to investigate the taxes of families who are just trying to get by and keep their small business afloat,” he said in an Aug. 8 tweet. “Someone tell me — how does scaring the hell out of taxpayers reduce inflation?”

President Biden is getting $80 billion in new spending for the IRS to investigate the taxes of families who are just trying to get by and keep their small business afloat.

Someone tell me — how does scaring the hell out of taxpayers reduce inflation? pic.twitter.com/3H5IK5odHn

Ohio U.S. Rep. Jim Jordan claimed on Twitter the funding for the IRS was meant to “harass Americans.”

However, watchdogs for years have said that Congress — and particularly Republicans — have starved the IRS in an attempt to hamper its ability to ensure that wealthy individuals and corporations are paying their fair share. And what the wealthy don’t pay, everybody else has to make up, the argument goes.

The IRS is so weakened that Washington Post opinion writer Catherine Rampell last month wrote a column that was accompanied by a photo of the agency’s cafeteria at its mammoth Austin office. The tables were covered with boxes of backlogged paperwork due to long-outdated technology and staffing shortages.

Because of those shortcomings — and the way the tax code is written — corporations with armies of accountants and tax lawyers have paid little or no income taxes in some years. AT&T, ExxonMobile and Bank of America fell into that category in 2021.

Even though he claims to be a billionaire, former President Donald Trump paid just $750 in federal income tax both in 2016 and 2017.

Perhaps anticipating that Republicans would portray the additional funding as an attack on average Americans, Treasury Secretary Janet Yellen on Aug. 10 sent to letter to IRS Commissioner Charles P. Rettig.

It instructed him to not to use the additional resources to increase audit rates on Americans earning $400,000 or less a year. Instead, she instructed Rettig to use the $80 billion “to improve taxpayer service, modernize outdated technological infrastructure, and increase equity in the tax system by enforcing the tax laws against those high-earners, large corporations, and complex partnerships who today do not pay what they owe,” a Treasury department statement said.

LaRose spokesman Rob Nichols didn’t respond directly to questions about the content of the secretary of state’s tweet, complaining instead in an email that “Writing a story about a relatively innocuous four week old tweet isn’t traditional protocol for objective journalists.”

However, the U.S. senator LaRose is rumored to be considering running against in 2024 did address the issue, and LaRose’s tweets about it.

“He speaks for his party that passed the Trump tax giveaway where 70% of a trillion-and-a-half dollars went to the richest one percent. They’re always fighting for tax cuts for rich people,” U.S. Sen. Sherrod Brown, D-Ohio, said last week.

He was referring to the 2017 tax cut championed by Trump. The Tax Policy Center estimated that while exploding the deficit, two-thirds of its benefits went to the wealthiest 20% of Americans. Meanwhile, the cuts didn’t deliver on promised economic growth, with many corporations instead using their 40% tax cut to boost share prices with record buybacks.

To counter such practices, the law Biden signed last month imposes a minimum 15% corporate tax and a 1% tax on stock buybacks.

“We just want to make sure people pay their fair share,” Brown said “That’s why we did the stock buyback part of the Inflation Reduction Act, the 1% on stock buybacks that corporate America does. We’re trying to make the tax code fairer. Nobody under $400,000 pays more under this plan.”