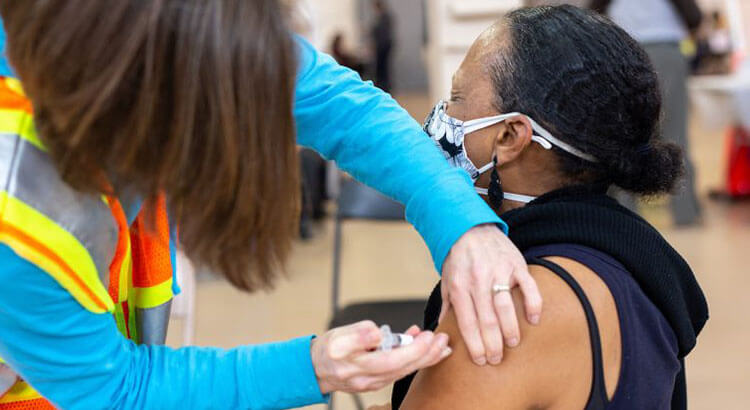 After 27 excruciating months, most of us are ready to put the coronavirus in the rearview. But the disease caused by the virus is still killing a dozen Ohioans a day, Bruce Vanderhoff, director of the Ohio Department of Health, said Thursday.

That’s why, with the approach of fall, it’s important to get the newly available booster vaccination that focuses on the variants of the virus that are now prevalent, Vanderoff said during a press conference. He added that a flu vaccine is also a good idea with things opening up to a much greater extent than in the last two winters.

“This is particularly important for those Ohioans who are most vulnerable, including those who are ages 60 and older and those with significant underlying health conditions,” he said.

Vanderhoff said people need to get their initial two vaccinations first. The new boosters, which are now widely available, should be at least two months after those or the most recent booster, he said.

Omicron, the now-dominant variant of the virus, is known to cause far lower rates of hospitalizations and deaths than some of its predecessors. Part of that is because the virus is evolving to be better at spreading while making people less sick. But another part of it is because so many more Ohioans are vaccinated now than earlier in the pandemic.

“The data has shown us that getting the (third shot) can be crucial in terms of building long-lasting immunity,” he said. “Now, our booster has been updated to help your immune system recognize the original, or ancestral, strain of the virus as well as the recent Omicron subvariants B.a.4 and B.a.5.”

Being fully vaccinated helps protect everybody from serious illness, but that’s particularly true for certain groups

“The people for whom the updated fall booster should be particularly high priority are those who are more at risk for developing severe illness or dying from COVID-19,” Vanderhoff said. “That includes those who are immunocompromised, those who have a variety of underlying medical conditions or those who are aged 60 or older.”

COVID has always been cruel to the elderly and the unvaccinated. But in relative terms, in some ways it’s become more so.

Vanderhoff said that a year ago, 52% of COVID deaths in Ohio were among people 70 and older. Last month that rate was 77%, he said.

One doctor who specializes in caring for the elderly said that protecting them from serious illness is especially important because they suffer more lasting damage from it.

“We’re seeing people who don’t even get hospitalized, but they’re in bed for two weeks and that can have a profound effect on them physically, mentally and emotionally,” said LaToya Smith, a geriatric medicine fellow at Christ Hospital in Cincinnati.

Anna Goroncy, the geriatric medicine fellowship director at the hospital, said that the last thing seniors need is to repeat the isolation they endured at the height of the pandemic.

“Social isolation has been shown to increase rates of depression, which I think we all know about, but even more so the physical effects,” she said. “We’ve seen shorter life expectancy with social isolation. We’ve seen people in nursing homes who lost weight during COVID because they couldn’t have group meals with family or the other residents.”