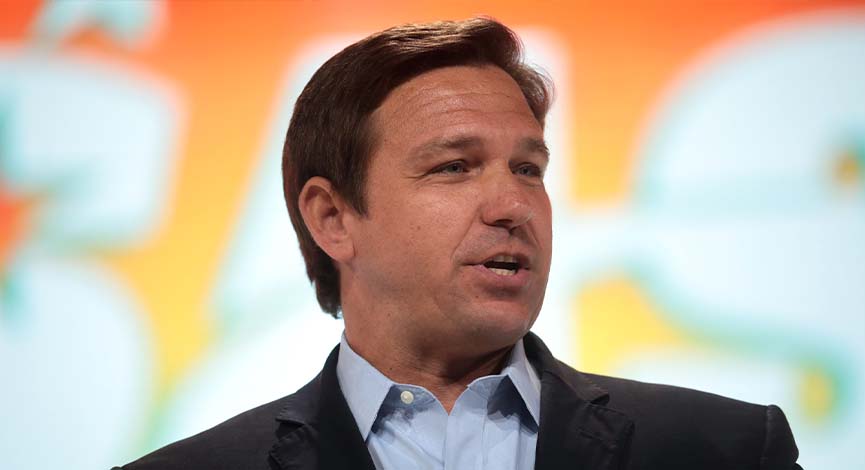 Florida Gov. Ron DeSantis’ decision to airlift 48 migrants from San Antonio, Texas to the island resort of Martha’s Vineyard, Mass. last week was depthless in its cruelty and cynicism, evoking the worst of America’s nativist and segregationist history.

But if there was one benefit to this singular act of exploitation for shameless political gain, it’s that it has refocused broader public attention on our national failure to address immigration reform during a campaign season in which it is an animating issue for Republicans.

And with control of Congress, and governor’s mansions across the country on the ballot on Nov. 8, DeSantis’ cruelty also should underline the stakes of a Republican takeover for voters whom data show favor a welcoming immigration policy, but who do not necessarily put reform at the top of their priorities list.

And as the past week has shown, the need is both urgent and real.

“We need solutions, not theater,” U.S. Rep. Henry Cuellar, a Texas Democrat, told CBS’s “Face the Nation,’” last week as news of DeSantis’ stunt roiled the headlines, NPR reported. “The migrants are human beings, and we’ve got to treat them like human beings. They are being used as political pawns to get publicity.”

As the Los Angeles Times’ editorial board recently pointed out, there is real trouble at the nation’s southern border. Apprehensions by the U.S. Border Patrol rose by more than 22 percent between July and August, the board noted in a Sept. 20 editorial.

Thus, a lack of enforcement is not the issue – a lack of political will, exacerbated by posturing, is driving this humanitarian crisis.

It’s been nearly 40 years since Congress last took substantive action on immigration reform, passing the Immigration Reform and Control Act in 1986, under then-President Ronald Reagan, according to the Cape Cod Times.

And while there has been some tinkering around the edges since then, substantive reform has remained stubbornly elusive, with the increased polarization of Capitol Hill becoming the primary stumbling block to reform.

“If you start trying to get into the issue of immigration, this consumes all the air in the room, all the energy in the room,” Southern Methodist University political scientist James Hollifield told the Cape Cod Times. “So I can understand why there’s a reluctance on the executive branch to get into this.”

Polling data, however, is a reminder that there is a path to the middle if lawmakers can summon the courage, and overcome partisan divisions, to find their way there.

Seven in 10 Americans supported a pathway to citizenship for undocumented immigrants in a NewsNation poll released earlier this year. Voters in nine, critical battleground states also said Congress should move to protect Dreamers, or young people who were illegally brought to the country by their parents while still children.

DeSantis has defended his decision with a deflection, telling Fox News personality Sean Hannity that the reaction to his headline grab is “really frustrating. Millions of people since [Joe] Biden’s been president, illegally coming across the southern border. Did they freak out about that? No.

“You’ve had migrants die in the Rio Grande – you had 50 die in Texas in a trailer because they were being neglected. Was there a freakout about that? No, there wasn’t,” DeSantis asserted, according to NPR.

DeSantis’ latter assertion is laughably false. The deaths of the 53 migrants who perished in July in what’s been described as the deadliest human smuggling case in modern U.S. history, made national headlines. Earlier this month, one of the men charged in the case was denied bond, underscoring the seriousness of the matter.

Of course, DeSantis has reason to deflect. On Monday, a Texas sheriff, elected as a Democrat, announced he’d opened a criminal investigation into what he described as “an abuse of human rights” in connection with the flight, Politico reported.

“What we understand is a Venezuelan migrant was paid a bird-dog fee to recruit 50 migrants who were then were lured — and I will use the word ‘lured’ under false pretenses — to staying in a hotel for a few days, then taken to an airplane where they were flown to Florida and then Martha’s Vineyard under false pretenses of being offered jobs,” Bexar County Sheriff Javier Salazar said. “For what we can gather, a little more than a photo op, a video op, and then they were left there.”

DeSantis, an inheritor of Trumpism and a widely mentioned 2024 GOP presidential hopeful, has been unrepentant about his stunt, insisting to Fox’s Hannity that sanctuary communities such as Martha’s Vineyard “said they wanted this, they said they were a sanctuary jurisdiction.”

Twenty-one years ago this month, speaking to Muslim leaders, and preaching the discarded gospel of compassionate conservatism, President George W. Bush reminded us there’s more that brings us together than keeps us apart.

That seems a very long time ago, indeed.