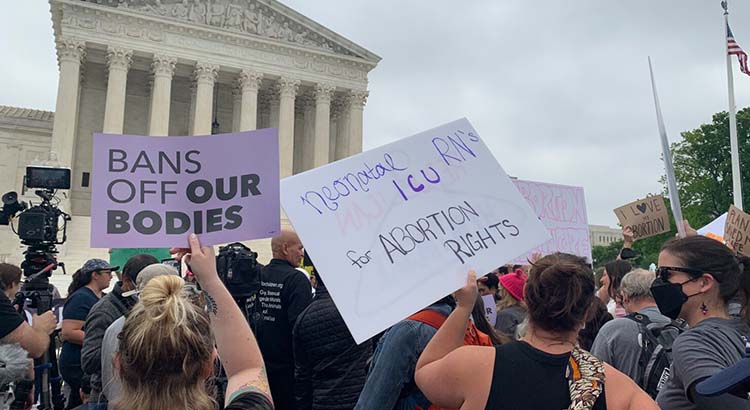 Massachusetts Democrat Elizabeth Warren led the letter to Jor-El Godsey, the president of Heartbeat International, an antiabortion group that operates more than 2,000 crisis pregnancy centers in the United States.

Six other Democratic senators, including Ron Wyden of Oregon and Cory Booker of New Jersey, also signed the letter.

In a written statement Tuesday afternoon, Godsey did not address any of the privacy concerns the senators raised, but did say “What we do is safe, secure, and legal.”

“This is naked politics intended not to help women but to influence elections,” he said. “It is clearly a stunt designed to appease Big Abortion power brokers.”

Operated by anti-abortion groups, crisis pregnancy centers’ practices include “luring” patients considering abortions who believe they can obtain the procedure at those centers, the lawmakers wrote. The centers collect personal information, including home addresses, sexual histories and test results, the senators said.

Because the facilities aren’t actually medical providers, they are not governed by medical privacy laws, the lawmakers say.

Next Level CMS, the data management system “powered by” Heartbeat, maintains privacy standards that meet federal protection statutes, according to its website.

But as states move to restrict abortion access following the Supreme Court’s ruling overturning Roe v. Wade, sensitive information could “be used to put women’s health and freedom to choose in jeopardy, and to put them and their health care providers at risk of criminal penalties,” the senators said.

A Texas law, for example, allows third parties to sue—and win a cash award from—anyone who helps a patient obtain an abortion.

“Heartbeat International—which is explicitly opposed to abortion rights—appears to be in a position to collect a significant amount of personal information from women about their pregnancies and potential plans for managing their care,” the letter reads. “But it is not under any legal obligation to maintain the confidentiality of this information, or keep it out of the hands of abortion bounty hunters.”