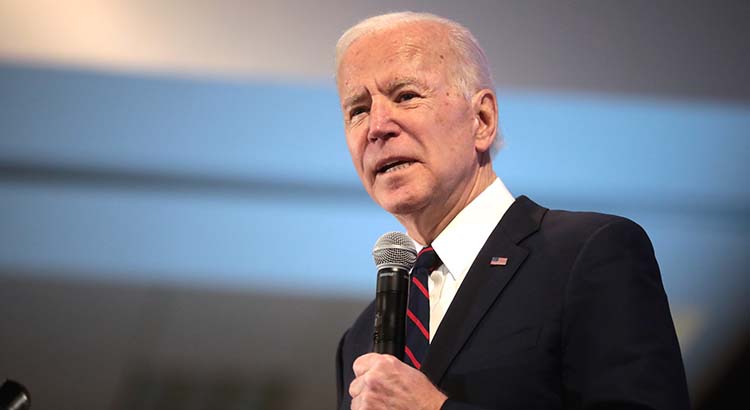 Returning to the state where he launched his candidacy — and the one that handed him the White House in 2020 — President Joe Biden last Thursday called on Americans to join him in a fight to preserve democracy and to beat back the forces of extremism.

The 30-minute address was equal parts tribute to the nation’s resilience and a wartime call to arms from a president who based his candidacy on restoring the soul of a nation buffeted by the pandemic and four years of domestic unrest.

“For a long time, we’ve reassured ourselves that American democracy is guaranteed,” Biden said, speaking before a nationwide audience in Philadelphia with Independence Hall as his backdrop. “But it is not. We have to defend it. Protect it. Stand up for it. Each and every one of us.”

With two months to go before this November’s midterm elections, Biden drew a stark contrast between Democrats, independents, and “mainstream Republicans,” who support and defend democratic norms, and “MAGA Republicans” who embrace political violence because they cannot accept that they’d lost an election.

“Too much of what is happening in our country today is not normal,” Biden said. “[Former President] Donald Trump and MAGA Republicans represent an extremism that threatens the foundations of our democracy.”

Biden’s speech came even as Trump, who faces the very real prospect of a federal indictment over top secret documents found at his Florida residence, said he would not rule out pardons to Jan. 6 rioters who sacked the U.S. Capitol and violently attacked law enforcement officers if he regains the White House in 2024.

The optics of Biden’s speech were hard to miss. More than two centuries ago, the Founders, with a bloody revolution barely in the rearview mirror, gathered in Philadelphia to hammer out the framework of a new nation.

Then, as now, the future was hardly assured. Then, as now, there were deliberate choices to be made about what kind of country the new United States of America would become.

What emerged was a nation forged in compromise, with branches of the government designed to counter and temper each other; a system designed to rein in the tyranny of both the majority and the minority.

It was a breakthrough, but it was hardly perfect. The promises of the new nation were guaranteed to only a privileged few. Women were denied the vote. And millions remained in bondage.

It was then, and remains now, a work in progress. And it remains as fragile as ever.

The nation stands, as Biden noted, at a similar inflection point. Voters in November will choose more than candidates.

Elections, they say, always are about choices. This year, at this point, those choices never have been more clear.

From book bans and efforts to restrict voting rights to the ahistorical insistence that America is a Christian nation (which condemns millions of our fellow citizens to second- and third-class status), these extremists and nationalists seek to turn back the clock on the “faith, freedom and reason,” as the historian Jon Meacham describes it, that the Revolutionary Generation (as flawed as it was) fought so hard to usher into existence.

In Philadelphia last Thursday night,  Biden drew similar parallels, arguing that “MAGA forces are determined to take this country backwards. Backwards to an America where there is no right to choose, no right to privacy, no right to contraception, no right to marry who you love.”

But even as he made clear the magnitude of the threat the nation now faces, and the consequences of acquiescence in the face of it, Biden said it was still possible for the country to commune with its better angels, to stand as “a beacon” to the rest of the world, as it has for decades.

But, he added, it had to be a collective effort.

“That’s why tonight, I’m asking our nation to come together to unite the single purpose of defend our democracy regardless of your ideology,” he said, adding later, “We the people must say, ‘This is not who we are.’ We can’t be pro-insurrectionist and pro-American.”

In these dark times, it’s easy to give into cynicism, to dismiss Biden’s speech as a political pep talk, given in a political season, that was designed to energize the base, and likely would not win him any new converts.

But as he exhorted Americans, in classic Biden fashion, to stand up, to get involved, and to “vote, vote, vote,” it was hard not to feel a cautious optimism that his message would cut through the noise, and hit its intended mark, uniting the country in common purpose.

In his closing pitch, Biden made it clear he believes that’s the case.

“There’s nothing more important, nothing more sacred, nothing more American. That’s our soul. That’s who we truly are. And that’s who we must always be. I have no doubt — none — that this is who we will be and that we’ll come together as a nation. And we’ll secure our democracy,” Biden said, adding, “We just need to remember who we are.”

Whether the passion behind Biden’s plea will work only will be known on Election Day. But the gauntlet has been thrown down.