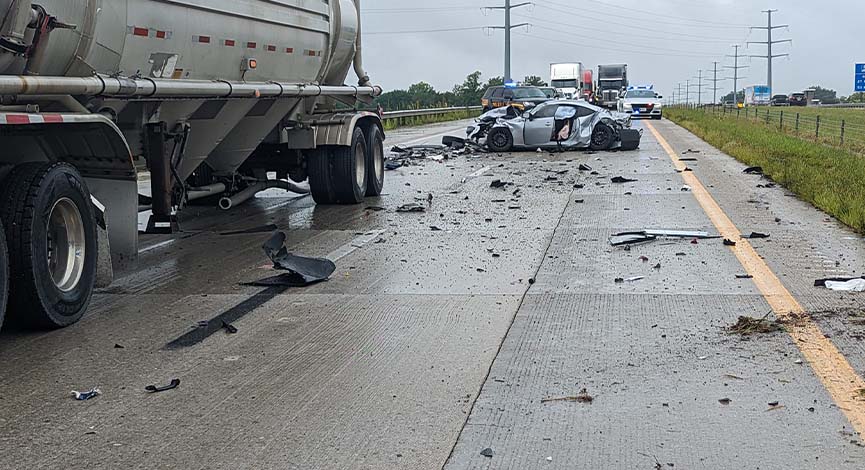 Lima, Ohio — A man was killed and 21 people were injured after a nine-vehicle crash on Interstate 75 Sunday afternoon, according to Ohio State Highway Patrol.

The crash occurred at approximately 12:25 p.m. on I-75 southbound near milepost 125 in Allen County.

75-year-old Dale K. Anglin, of Vermilion, was driving a 2019 Freightliner semitruck southbound on I-75. Troopers say Anglin was approaching slowed traffic due to a separate crash, and struck several vehicles — causing a total of nine vehicles to be involved.

64-year-old Joseph B. Schwarz, of Fairfield, was a rear seat passenger in a 2019 Chevrolet Suburban that was involved. Schwarz died from his injuries and was pronounced deceased at the scene, according to OSHP.

The crash resulted in a closure of I-75 southbound lanes. The roadway has since reopened.