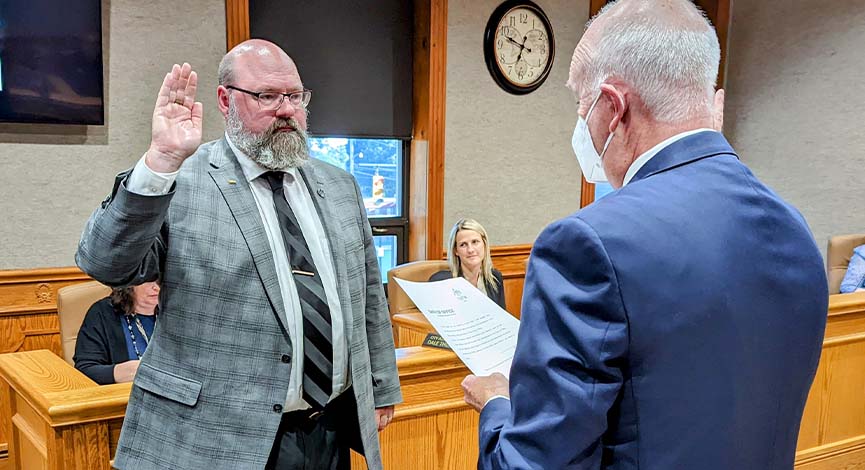 Tiffin, Ohio — During a meeting Monday evening, members of the Seneca County Republican Party voted to accept the nomination of John Spahr Jr. to serve the open at-large councilmember seat that was left vacant by former Councilmember Zack Perkins.

Spahr was sworn in to office by Law Director Brent Howard during a Tiffin City Council meeting that took place later that evening.

Spahr has served as the Seneca County Emergency Management Agency Administration since 2019. Prior to that, he had worked as a dispatcher for Tiffin Police Department and was operations manager and program director for AM 1600 WTTF.

Spahr holds bachelor’s and master’s degrees from Heidelberg University and has been deeply involved in the community for many years, as a volunteer for the Red Cross, member of the Critical Incident Stress Management Team through NAMI and an officer with the Tiffin Masonic Lodge #77.

Spahr said, “I am humbled and very appreciative of the central committee’s faith in my desire to join city council and be another voice for the citizens of Tiffin.  I’m looking forward to picking up the mantle and furthering the stellar work of those that came before.”

Because the term has more than two years remaining, Spahr may run for office again in the 2023 municipal election.