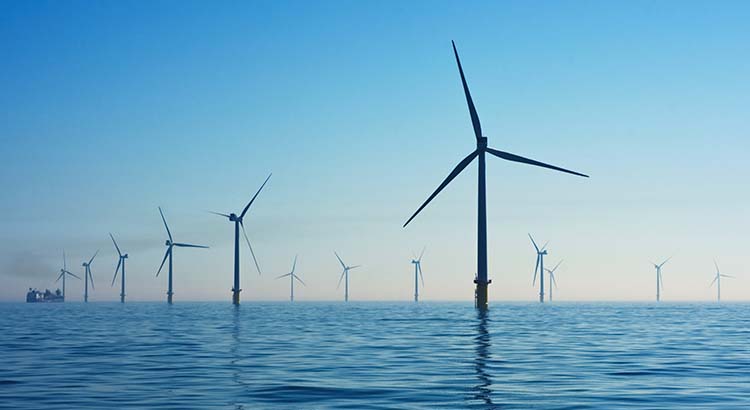 The Ohio Supreme Court upheld a decision Wednesday granting a permit for developers to build the nation’s first offshore, freshwater wind farm off the coast of Lake Erie.

In a 6-1 ruling, the court rejected arguments from Bratenahl residents who claimed the wind turbines posed a lethal threat to birds and bats. The justices sided with the Ohio Power Siting Board and the development company behind the project, both of whom determined that the risks posed to the birds is small and the company’s monitoring and mitigation plans are sufficient.

“The board determined that any environmental impact would be severely reduced by the project’s small scale, its location several miles offshore, and the flight patterns of migrating birds,” wrote Justice Jennifer Brunner for the court’s majority. “We hold that the board’s determinations in that regard were amply supported by the record.”

In a statement, the Lake Erie Energy Development Corp. (LEEDCo) — a coalition mostly comprised of local cities and counties behind the project — praised the decision. They said the ruling lends the project enough certainty to market its energy to customers.

LEEDCo claims the project would create more than 500 jobs and inject $253 million into the regional economy. Ronn Richard, chairman of the board and the CEO of the Cleveland Foundation, said the ruling shows Ohio supports not just clean energy but the economic benefits it promises as well.

“This decision will create jobs, attract talent from outside our region and retain the best and brightest minds from right here in Ohio,” he said in a news release.  “It also shows that we’re committed to improving health outcomes for Ohioans by cleaning up the air we breathe and the water we drink. It’s our hope that LEEDCo can now resume selling the remainder of the power and turn this dream into a reality.”

The citizens who mounted the legal opposition, Susan Dempsey and Robert Maloney, centered their arguments on alleged risks to birds and bats. These included the known risks as well as potential risks, of which they claimed the developers’ failed to properly account for.

“There is not one person in this courtroom, or anywhere for that matter, that can tell you how many birds and bats fly through the rotor-swept zone at the project site,” their attorney said at oral arguments last year.

While wind turbines do kill birds and bats, their effects are minimal at the population level, according to a 2020 study of avian mortality at 33 wind facilities. Data from the U.S. Fish and Wildlife Service found land-based turbines kill a small fraction of birds when compared to the number of birds killed by cats each year.

The fossil fuel industry has its fingerprints on some of the political opposition. Murray Energy Corp., a coal company owned by the late coal magnate Robert Murray, acknowledged to the Cleveland Plain Dealer it paid the costs of the Bratenahl residents’ legal fees. Clean energy poses an economic threat to the industry.

Likewise, The American Bird Conservancy mounted opposition to the project during Ohio Power Siting Board hearings and in federal court. The organization counts among its donors fossil fuel companies including ConocoPhillips, BP, ExxonMobil, Chevron and others, according to the investigative environmental news outlet Grist.

An attorney representing the Bratenahl residents didn’t respond to an inquiry.

Trish Demeter, executive director for the Ohio Environmental Council, praised the ruling. She said the project will reduce carbon emissions while delivering millions in economic development.

“Responsibly developing this offshore wind project will help us not only achieve cleaner air and healthier communities, but it will also put Ohio on the map as a leader in renewable energy technologies,” she said. “Despite the best efforts of fossil fuel companies and anti-science viewpoints trying to stop this important demonstration project, Icebreaker Wind is one step closer to being built.”

Justice Sharon Kennedy, a conservative who’s running to serve as the court’s chief justice, voted to reject the permit. In a dissenting opinion, she wrote that the OPSB couldn’t have possibly satisfied its duty to ensure that potential environmental damage is accounted for given the novelty of building America’s first freshwater, offshore wind farm.

“It is not currently possible to know all of the facility’s probable impacts on the environment,” she wrote. “And only after first determining the impact that the facility will likely have on the environment, including its impact on aquatic and avian wildlife, can the board determine whether the facility represents the minimum adverse environmental impact, considering the state of available technology and the viability of alternatives.”