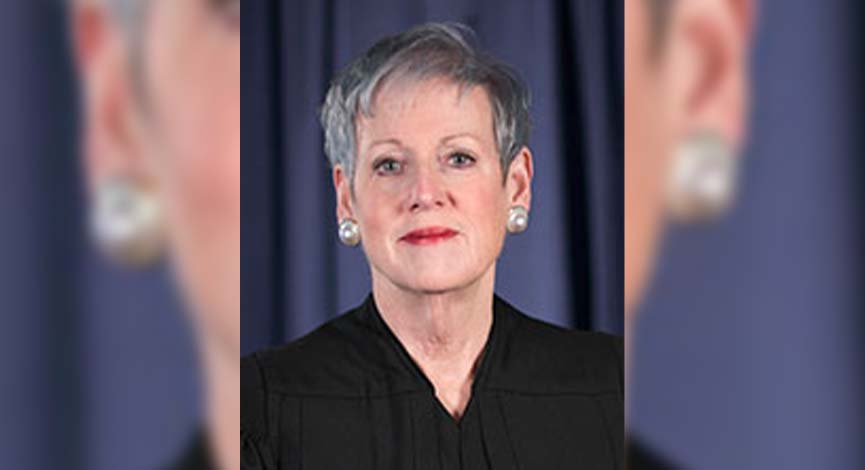 With term limits signaling the end of her tenure as Chief Justice of the Ohio Supreme Court, Maureen O’Connor took time on Tuesday to reflect.

“The Ohio Constitution is telling me it’s time to do something new,” O’Connor said.

O’Connor and the rest of the supreme court justices heard arguments in three cases on Tuesday, before O’Connor took the end of her time on the bench to make a speech praising the administration at the state’s highest court, the technological progress the court has made, and the efforts the judicial system in the state has made.

“My feeling has always been a good judge is one who can bring people together to find solutions,” O’Connor said.

Since coming on the supreme court in 2003, O’Connor has served with 20 justices, heard more than 2,500 oral arguments, and written 421 majority opinions, along with 77 dissents to court rulings.

“With an open mind, and an open heart, we have decided important issues, navigated a global pandemic and returned to do more,” O’Connor said.

Among the cases the court has had to contend with under O’Connor’s leadership is a year-long redistricting saga, that remains in the supreme court’s jurisdiction as no map for legislative or congressional districts has been approved by the court for use in the next decade.

O’Connor stood as a conservative foil in GOP efforts to get a district plan approved by the court as she joined her liberal colleagues in majority opinions that rejected five legislative maps and two congressional maps, most recently the congressional map struck down in July.

As anti-gerrymandering advocates and the court itself discussed possible contempt hearings for the members of the commission, O’Connor was criticized by fellow members of the conservative contingent of the court who accused her of acting alone in ordering Ohio Redistricting Commission members to appear in person and answer to the contempt accusations.

“Nothing in the Ohio Constitution grants the chief justice of this court authority to rule on motions on behalf of the full court,” Kennedy wrote.

Kennedy is running to take over for O’Connor after her term ends, in a battle against fellow Justice Jennifer Brunner in November. Kennedy has stood in dissent of every redistricting map rejection, whereas Brunner has been a consistent member of the majority who turned away every set of plans.

The chief justice even heard criticism from outside the chambers, after state Secretary of State Frank LaRose, a fellow Republican, said he “certainly wouldn’t oppose” her impeachment because of the redistricting decisions.

O’Connor spoke generally about conflicts during her time on the court with an air of matter-of-factness in her comments on Tuesday.

“While justices have not always agreed, that is part of the process as well,” she said.

The redistricting saga will survive past O’Connor’s term, as the legislative and congressional efforts must begin again.

A map drawn in February by GOP staff mapmakers has been temporarily put in place for the 2022 election cycle, ruled as the plan by a three-judge panel in federal court after no other map was produced by the Ohio Redistricting Commission in time for primary and general election races.

In the most recent opinions for congressional and legislative maps, the supreme court held on to jurisdiction as the final approval venue for the plans.

Even beyond redistricting, the state supreme court still has “close to 100” opinions to rule before the end of O’Connor’s term, she said on Tuesday.

As she looks on to a new year as a private citizen, O’Connor said she is proud to leave a court with programs outside of the court chambers, including the movement for a uniform criminal sentencing database for all courts and work to expand substance abuse treatment.

She said judges “have the power to address social problems and participate in efforts to develop policies and practices,” including eviction help and data collection, along with substance abuse treatment plans.

“Is that judicial activism? No,” O’Connor said. “That’s using the privilege of your office to better the system. That is incumbent upon every judge and justice.”