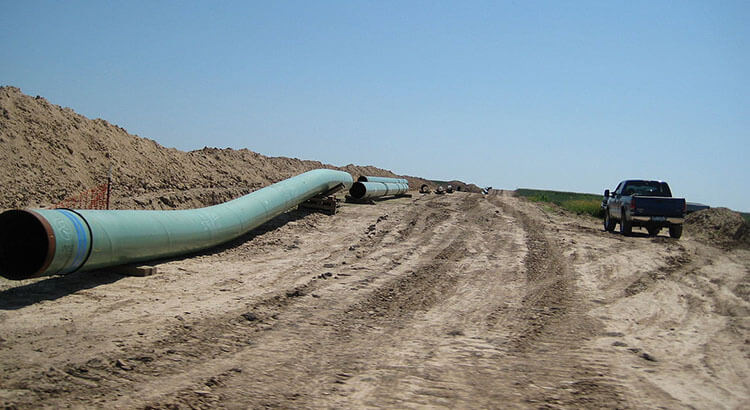 Photo by Shannon Patrick / Licensed under Creative Commons BY 2.0
ShareTweet

Two state House Republicans proposed legislation to give some natural gas pipeline developers state-funded tax breaks and interest-free loans, while allowing them to add a surcharge to ratepayers’ monthly bills.

Reps. Jay Edwards, of Nelsonville, and Jon Cross, of Kenton, proposed House Bill 685 to aid communities that they say lose out on economic gains from natural gas development due to a lack of infrastructure.

The bill would allow local governments to request a designation as an “EnergizeOhio zone.” The director of the Ohio Department of Development must grant it if he or she determines that “deficiencies in natural gas infrastructure” in the area harm economic growth.

Pipeline developers siting projects within these zones can obtain interest-free loans from a new $20 million pot of money to purchase or lease land easements. The legislation would create another $50 million pot, funded by federal coronavirus relief dollars, for natural gas infrastructure projects.

For companies that have already obtained regulatory approval to add surcharges to customer bills for infrastructure development, the legislation allows them to add another $1.50 if the project is in an EnergizeOhio zone.

Lastly, it allows developers to receive a 75% tax abatement on new pipelines while speeding up their tax depreciation rate. Legislative analysts have not yet published a financial analysis of the bill’s costs.

Sean O’Leary, an economist with the Ohio River Valley Institute, said the bill is predicated on the idea that natural gas development in Ohio is necessarily a good thing for communities. The problem, he said, is it’s just not true.

Seven Ohio counties — Belmont, Guernsey, Harrison, Jefferson, Noble, Monroe and Carroll — produce 95% of the natural gas in Ohio. Those counties’ gross domestic product, he said, has boomed since 2012, thanks to their natural gas output. Their population and employment levels, meanwhile, have remained stubbornly flat.

“Just go to Belmont County, for Christ’s sake,” he said. “There’s just not an economic revival going on there.”

Keith Conroy, a lobbyist representing the Ohio Gas Access Partnership, which announced support for the bill, declined an interview. The organization issued a news release to support the idea.

“By lowering the cost of building energy infrastructure in the state, gas companies will be able to build to growing businesses in communities that need it and provide that energy at a competitive and affordable price,” it states.

Cross, in a news release, made similar comments.

“We’ve been hearing from communities that are locked out of future job growth because of the high cost of energy infrastructure in the state,” Cross said. “These ‘energy deserts’ see limited job growth because there just isn’t the infrastructure in place to deliver energy at a reasonable price. House Bill 685 is a step in the right direction to address the problem and bring jobs and affordable energy to every corner of the state.”

Last summer, Republican lawmakers delivered a victory for the natural gas industry, passing a bill later signed by the governor that preemptively bans cities from blocking natural gas hookups on new buildings. The legislation, which has been enacted in about 20 Republican states, comes in response to progressive city governments enacting the bans in an effort to decarbonize and electrify buildings to limit carbon dioxide emissions.