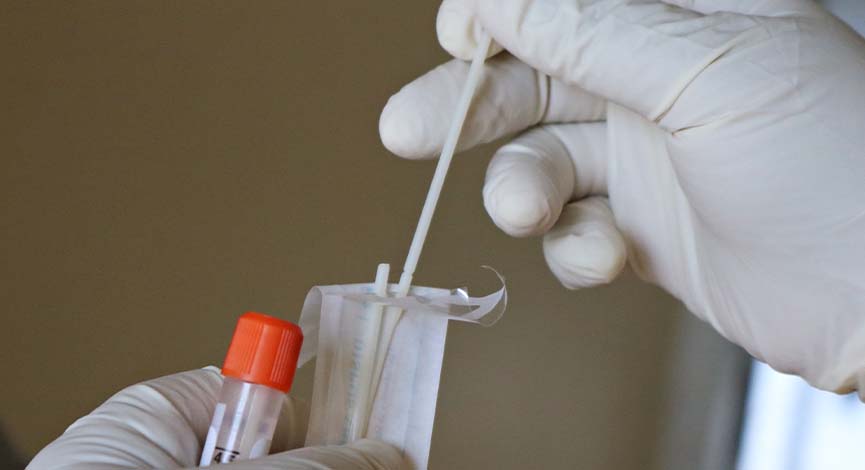 I set out to write a follow-up opinion piece to my July 13 article on Ohio’s lackluster response to the monkeypox virus outbreak, mostly focused on the fact that we now have more than 4,000 vaccine doses and an increasingly frustrated public of gay men watching other states roll out vaccines. But I stumbled across another confounding bit of news on the Ohio Department of Health’s that makes the lack of leadership from the state even more confusing.

The notice goes on to tell physicians in the state that once a person is presenting with clinical symptoms consistent with monkeypox that they “should immediately contact their governing health jurisdiction to obtain the most current case definition and guidance for the management and containment of MPV.”

This is certainly an improvement against what had been a stony silence from ODH, except for the June 13 press release announcing the first suspected case in the state. The ODH Instagram account for instance, has over 23,000 followers and has not one post about monkeypox, and has this summer so far focused its public information efforts on critical issues of concern like the benefits of eating dark chocolate.

At best, it seemed like ODH was in “wait and see” mode. This is a terrible strategy to get ahead of a major public health catastrophe we’re watching unfold in other states (Ohio, to my knowledge, does not have a force field around it to prevent infectious disease from crossing the border), but two weeks ago there were only 3 identified cases in the state. As of July 27, there were 17 identified cases in Ohio according to the Centers for Disease Control & Prevention (CDC) — a 5-fold increase in just 2 weeks. If that rate of increase continues or climbs, we could have many more cases in a short period of time.

Also, just 2 weeks ago, due to national shortages of the JYNNEOS vaccine for monkeypox, Ohio was only allotted 4 doses of the vaccine. But as of July 27, 4,252 doses of JYNNEOS have been shipped to Ohio. Many other states like New York, Georgia, and many others started vaccinations when they had even fewer to start with. So the question now must be asked, where are these doses, and why hasn’t the state started distributing them to the citied to start vaccinating people at risk, which at this point based on the cases I know about is gay and bisexual men in Ohio?

On the Monday, July 25 episode of The Sound of Ideas, the radio show and podcast of Ideastream, David Margolius, M.D., the Division Director of Internal Medicine at MetroHealth and soon to be Director of the Cleveland Department of Public Health said he did not know where the state’s vaccine supply was, although already receiving requests from Clevelanders anxious about their personal risk and wanting to be vaccinated.

“Above all, what folks have asked for is vaccines,” Dr. Margolius told Ideastream. “Where I’m sitting today, prior to working for the Department of Public Health, I don’t know where those vaccines are. At this point there are no vaccines other than for folks who have a direct exposure, hopefully that will change soon.”

Why has ODH, now six weeks since the first identified case and now with cases mounting, not put forward any plan to address this problem? And we most certainly have more than 17 cases in Ohio. Some people only have mild symptoms that they can mistake for something less serious and not seek testing but may still be contagious. And there are no hotlines or clearly articulated ways for the public to know who to call to get tested quickly should they suspect they have the virus.

So where exactly are these vaccines? If ODH has now declared the monkeypox virus a disease of significant concern, shouldn’t we start vaccinating people as soon as possible? If the cases are mostly in gay and bisexual men, probably in the major Ohio cities, it would make sense to begin to distribute the vaccine to that community first, and expand as we receive more doses — much like we staggered the COVID-19 vaccines by age and other risk factors.

I have personally been surprised that I also have not seen more advocacy from the many large and well-resourced medical institutions in the state, as well as LGBTQ advocacy groups, social justice organizations and health/public policy think tanks. But I am, however, seeing many Ohioans who are very angry with the state’s weak response.

“The carelessness and neglect our public health officials have shown towards this Monkeypox Crisis is very telling,” says Preston Kindred-Williams, Organizer and Co-Founder of Columbus Melanin Pride. “First, they felt it unnecessary to educate their residents of the seriousness of Monkeypox. Second, they didn’t see fit to dispel the myth that this crisis only affects SGL Men. Now they have vaccines to help calm the spread of Monkeypox, but have not released a plan of action. You would think they would have learned from the HIV/AIDS epidemic.”

“I hope our public health officials wake up and soon,” he said.

Kenyon Farrow is a writer and activist based in Cleveland Heights, OH. He is the managing director of advocacy and organizing with PrEP4All, and serves on the board of the LGBT Center of Greater Cleveland.