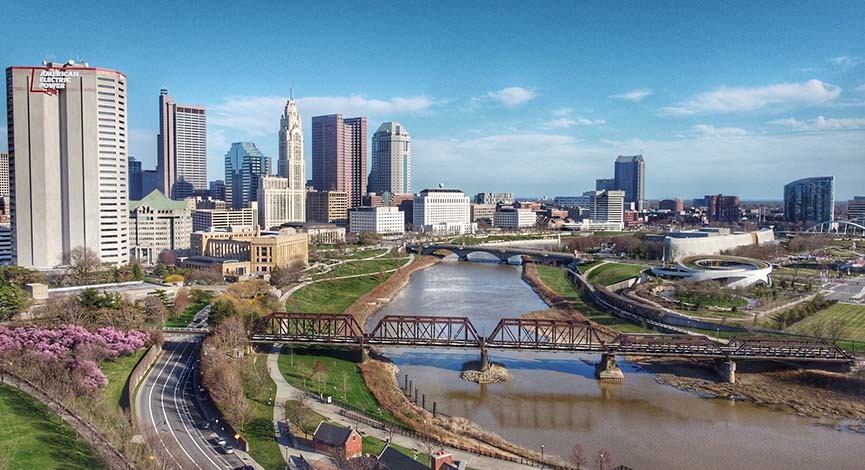 Officials in two of Ohio’s major cities say a six-week abortion ban in the state “willfully jeopardizes the health and safety of millions of Ohioans,” and therefore should be rescinded by the Ohio Supreme Court.

The cities, Cincinnati and Columbus, further joined by Dayton, Toledo and Cleveland Heights, wrote to the state’s highest court asking them to rule in favor of a lawsuit led by Planned Parenthood and the ACLU of Ohio to stop enforcement of abortion restrictions in Ohio.

“No matter its specific demographics, every Ohio municipality has a duty to advocate for the health and safety of these residents,” the city leaders stated in the court brief.

The cities also claim Senate Bill 23, the law implemented immediately after Roe v. Wade was overturned by the U.S. Supreme Court, violates their Home Rule authority, and “enables and exacerbates domestic violence and sexual abuse,” while undermining police efforts in those areas.

Home Rule, allowed under the Ohio Constitution, gives a certain amount of “self-government” in localities that fall under the authority, which the Cincinnati, Columbus and Dayton officials say “rings hollow when the General Assembly hijacks Ohioans’ ability to make their own health care choices.”

The three cities laid out the contradictions in their municipalities, simultaneously calling themselves “economic powerhouses” while laying out the racial disparities and socioeconomic issues in each of the areas.

“(SB 23) impedes operation of the municipal police, emergency and social services that our residents dedicate millions of taxpayer dollars to support,” the court brief stated.

The abortion law as it stands won’t stop abortions, according to the brief, instead creating an “inevitable surge of self-induced abortions” that risk death or serious injury for the pregnant person.

This impacts municipal resources, creating situations in which EMS staff must respond and conduct life-saving procedures when a safer option is available, through surgical abortions in health care facilities, or medication abortions through a two-pill regimen.

“Decades of evidence is clear: the best way to prevent death and injury through abortion is to provide safe and legal access,” the brief stated. “By taking this option off the table, SB 23 places the lives of our residents in jeopardy – and condemns Ohio municipalities to look on as the tragedy unfolds.”

Municipal police would be impacted as well, the cities relayed to the court, through incidents of domestic violence and sexual abuse. These incidents can include coerced pregnancies, and, without options, a pregnant person could be put in a dangerous situation.

“The logic of the abuser is disgustingly simple: the pregnancy can be used as a form of control,” the cities wrote to the court. “During the pregnancy, the woman faces heightened healthcare needs, expenses and potential inability to work.”

Police would lose a “crucial avenue of police investigation” with regard to rape victims as well, as Cincinnati, Columbus and the other cities say forcing those victims to go out-of-state or conduct secret abortions could take DNA that could tie the rape to the perpetrator out of the picture.

The municipalities referenced the case of two sisters, aged 10 and 13, in Cleveland whose biological father was arrested at first, but DNA testing of the aborted fetuses proved the mother’s boyfriend to be the real culprit.

“Access to the DNA tests not only helped police to identify and arrest a rapist, but saved an innocent individual from prosecution and potential imprisonment,” the cities argued.

With an ever-expanding spider web of agencies and issues impacted by the abortion law, not to mention what the cities called “the sheer moral repugnancy of policing pregnancy,” enforcement of the law would create years of constitutional problems and “myriad new situations where Ohio municipalities can be sued for violations of our residents’ rights.”

“We, Ohio municipalities, refuse to be complicit in the General Assembly’s wanton attack on the lives and well-being of Ohio women and families,” the cities wrote. “We will not accept this blood on our hands.”