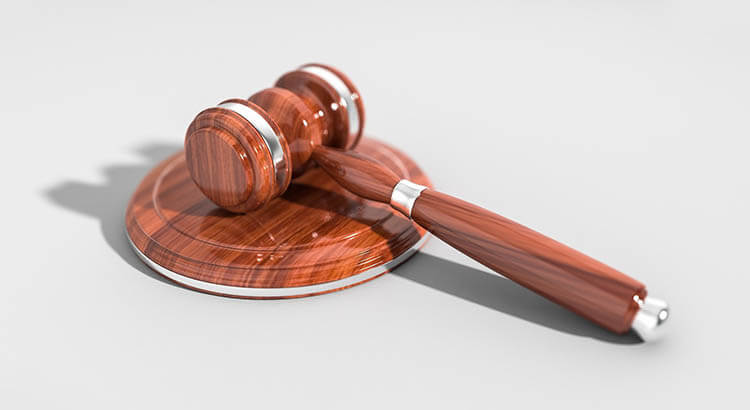 A federal judge lambasted a suspect in a criminal public corruption case for posting a FBI informant’s social security number and address on the internet.

“It is virtually impossible for anyone to scroll through the file and not see that it contains unredacted personal identifiers.”

Federal prosecutors have accused Borges of participating in a scheme alongside former GOP House Speaker Larry Householder and three others to take $60 million from FirstEnergy Corp. and enrich themselves while ensuring passage of favorable legislation for the company.

FirstEnergy has since admitted to giving $60 million to a nonprofit secretly controlled by Householder in exchange for his help passing House Bill 6 in 2019. Borges allegedly used $15,000 of the money to bribe a political operative for inside information about a campaign to overturn the recently-passed legislation via a ballot referendum.

Borges worked as a lobbyist for a FirstEnergy subsidiary at the time, with deep Republican connections from his time running the state party.

Prosecutors asked Black earlier this week to modify the conditions of Borges’ bond. They said an FBI agent noticed in June that Borges posted the informant’s employment file online, including his tax documents and photocopies of his social security card and driver’s license. They requested the judge block Borges from posting the information in a continued effort to intimidate a witness.

In charging documents, the informant was not personally identified. However, consultant Tyler Fehrman has since acknowledged he’s the unnamed whistleblower in media reports.

Prosecutors called Borges’ actions an “attempt to intimidate and retaliate against” the informant. They requested Black forbid him from posting Fehrman’s sensitive information online.

Attorneys for Borges said he obtained the employment file via public records request and sharing the personal identifying information online was “inadvertent.”

Black sided with prosecutors. Besides the financial risks of posting a social security number online, he said, “financial harm is by no means the most severe consequence that could result from publicly exposing and disparaging a confidential government source.”

According to the prosecution, Borges told Fehrman that if he provided inside information from the campaign, Borges would give him a job or money to pay off his debts. Fehrman —who managed field workers soliciting signatures to put the repeal on the ballot — covertly recorded the conversation.

“Borges further indicated that others are getting ‘fat’ off the HB 6 issue, so they might as well benefit, too,” prosecutors alleged in court filings. 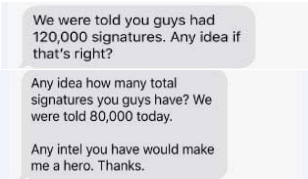 Screenshot of a text prosecutors say they obtained from Matt Borges.

Fehrman declined the bribe, according to prosecutors. Borges, in a text message, responses with an order to “No matter what — don’t ever tell anyone about our conversation from earlier.” At the behest of FBI officers, Fehrman went on to accept the bribes and provide information to Borges, who allegedly shared information with others involved in protecting the newly passed HB 6.

The file containing Fehrman’s information appeared on a website Borges created to raise funds for his legal defense. Borges, on the site, accuses the prosecutors of running a “politically motivated” prosecution and claims he told the prosecutors to “go f*ck themselves” when offered a plea deal.