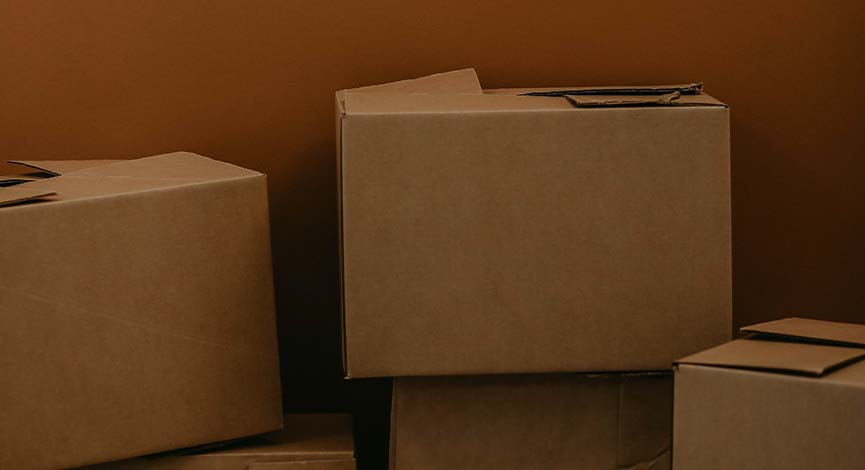 This story originally appeared in Stateline, an initiative of The Pew Charitable Trusts.

Most people move during the spring and summer months, but many would-be movers stayed put this May and June amid higher interest rates and rising rents, according to change-of-address data from the U.S. Postal Service.

The lowest decrease was in Maine, at 1%. The number of moves to Delaware declined by 3%, and it dropped by 4% in Michigan, Mississippi and New Mexico.

Nationwide, the number of moves in May and June was 9% lower compared with the same months in 2021. Moves were up in the spring of 2021 compared with 2020.

“A lot of people may be feeling locked in, like they can’t really buy someplace else or if they’re renters, that any other place they lease, the increase would be even worse,” said Riordan Frost, a senior research analyst at Harvard University’s Joint Center for Housing Studies who has studied moving trends. Both rents and home prices saw record increases last year.

Unpublished research from Stanford University shows the latest cooling continues a “doughnut” trend from the pandemic, with more people moving out of downtown areas of the largest cities as well as a decline in the number of people moving to nearby suburbs. Only exurbs, low-density areas in the orbit of cities, saw gains in new residents.

“The housing boom is now ending as interest rates rise rapidly,” said Arjun Ramani, co-author of a paper on the doughnut effect published last year by the National Bureau of Economic Research.

Mortgage rates reached 5% in mid-April and 5.8% in June as the Federal Reserve raised short-term rates in an attempt to control inflation, which drove both rents and home prices to dizzying heights over the past year. Rents and home prices rose faster in suburbs and exurbs, reflecting increased demand for homes there, according to data provided by Zillow Group, Inc., a Seattle-based real estate information company, and analyzed by Stanford University, where Ramani conducts his research.

One reason that fewer people are moving into downtown areas may be that young people can no longer afford to live there, said Harvard’s Frost, who pointed to research from Virginia Tech showing that young professionals are still interested in city living. Echoing that point was Kevin Erdmann, a senior affiliated scholar at George Mason University’s libertarian Mercatus Center in Virginia.

The largest metro areas such as New York City and Los Angeles, where many people want to live, aren’t building enough housing. Wealthier people are driving up prices for the limited housing supply and displacing residents with lower incomes, said Erdmann, who is based in Phoenix and maintains that home building is over-regulated in many large cities.

“A successful market should help all people, but that’s not what’s happening,” Erdmann said. “I see people all the time who moved to Phoenix out of desperation because they couldn’t find even a widow’s spare room where they could live in Los Angeles. That’s where they’d rather be.”

Move-ins declined the most in some large cities, according to the postal service data. Moves into Manhattan’s Upper East Side, for example, dropped from 2,523 last May and June to 1,371 those months this year, a decline of 44%. The decline was 32% in booming Southeast Washington, D.C., and 30% around Chicago’s popular Streeterville neighborhood. Even some suburbs such as Florida’s Winter Garden, near Orlando, saw a significant drop in newcomers, from 2,326 last spring to 1,793 this spring, a decline of 23%.

Exurbs saw more people move in as other areas experienced an outflow, according to the unpublished follow-up data provided by Stanford University economics professor Nicholas Bloom.

Many of those exurban areas are building more homes around highways as workers find that they can tolerate longer commutes if hybrid work allows them to stay home several days a week. They also can get larger, newer homes for less.

Examples include Maricopa, Arizona, 41 miles south of downtown Phoenix, where the number of moves into the city grew by 30% to 1,295.

In a ZIP code including Forney, Texas, in Kaufman County at the eastern edge of the Dallas area, in-moves grew from 1,740 last spring to 2,124 this year, a 22% increase.

“People figured out they could come out here and get a house twice as big with more trees for less money, and look out their front window and work remotely, and they still have access to Dallas,” said Donna Simmons, Kaufman County’s economic development coordinator.

Another 10,000 homes are under construction as ranches convert to new developments along expanding highways to Dallas, about 20 miles away, Simmons said.

Moves into recreational areas, as defined by the U.S. Department of Agriculture, dropped by 10% in May and June compared with the same months in 2021. In Park City, Utah, known for skiing and the Sundance Film Festival, moves into the area dropped by 30% this spring, to 536.

Park City Mayor Nann Worel said most of the city’s residents have homes elsewhere and many relocated there to work remotely and live more comfortably during the pandemic, but many have gone back home now.

Luckily, tourism has increased as more people from neighboring Salt Lake City and even nearby Denver, 500 miles away, decide to take summer vacations by car instead of plane in the latest wave of COVID-19.

“We’ve become a year-round destination,” Worel said. “We’re collecting record sales taxes, and that’s what our finances are mostly based on.”