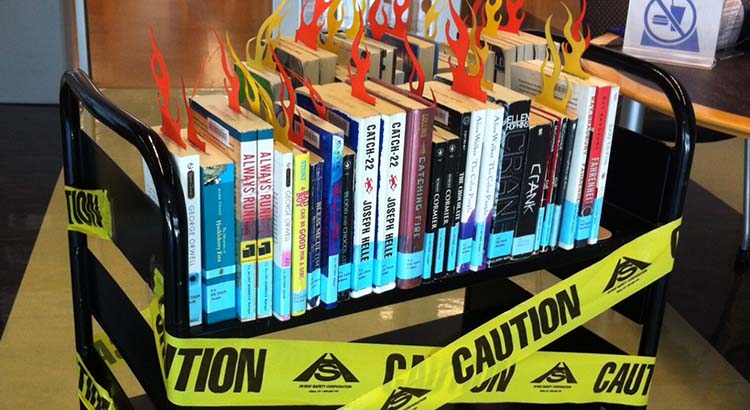 “Aristotle” has a great line that Aristotle never said or wrote: “It is the mark of an educated mind to be able to entertain a thought without accepting it.”

This misattribution to Aristotle predates the Interwebs. The earliest it appears in print is in Lowell Bennion’s 1959 book, “Religion and the Pursuit of Truth.”

The closest Aristotle came to saying anything like it is, “It is the mark of an educated person to search for the same kind of clarity in each topic to the extent that the nature of the matter accepts it.”

That comes from his “Nicomachean Ethics,” which was one of the core works of medieval philosophy before Aristotelian ethics and Christian theology became synthesized in the Middle Ages, most significantly in the work of Thomas Aquinas.

That synthesis was later challenged by materialists such as Francis Bacon and Thomas Hobbes, and then later Friedrich Nietzsche, who was not a materialist but took on Socrates and Plato wholescale, denying any pursuit of a greater good as a running away from reality: “Plato is a coward in the face of reality — consequently he takes refuge in the ideal.”

I do not agree with Nietzsche. I do not believe anti-social indulgences of pure strength and desire are our true nature, even if that is how many powerful, unscrupulous, and unethical people behave.

I see us as essentially social beings who have engaged what Rousseau termed, “The Social Contract,” to establish societies and civilization for the egalitarian benefit of us all, as families and communities and thus as individuals.

To buck this in favor of the philosophy of “might makes right,” and “the strong do what they will while the weak suffer what they must” is an abhorrent, sociopathic form of egocentric elitism, and an abdication of responsibility to our fellow human beings.

This ethos is also featured in the work of Ayn Rand.

Rand and Nietzsche had stark disagreement over the value of reason, but they both extolled “heroic” individualism and despised altruism.

Ultimately, I believe, their ideas rejecting altruism and community-minded thinking results in a failure and betrayal of one’s own self.

Under their thinking, the world is shrunk into a selfish personal myopia, deprived of so many opportunities to engage, empathize with, try to understand, and grow from the bountiful breadth of human experience found in others, and the fulfillment that comes from that — that comes from caring for others, and caring for all of us together.

The value of quality education

How is any of this relevant to the wild-eyed attacks on public education claiming “grooming” and “indoctrination” that we are seeing these days?

Well, those unthinking accusations are the marks of uneducated minds.

Anybody who flails about with the above crank assaults on education is not doing a lot of thinking, much less high-quality thinking.

This brings us back to the fake Aristotle quote, which nevertheless shares a profound truth about education and the pursuit of knowledge: A truly well-educated people must be skilled at exposing ourselves to information posing as knowledge, and using strong critical thinking skills to vet it against known facts before actually accepting it.

The fundamental purpose of education is to teach these critical thinking skills. This is because we are — or ought to be — lifelong learners.

Our education does not end with graduation from our formal schooling. We must continue to pursue knowledge and expertise throughout our lives.

This is a journey without end, which means that its inherent value is not in any one conclusion, but the evolution and journey of lifelong education itself and the personal growth it creates.

Perhaps one of the best signs of intelligence is the capacity to admit what you do not know.

As Werner Heisenberg put it, “Only a few know, how much one must know, to know how little one knows.”

From that sprouts curiosity and the pursuit of more knowledge, which opens even more, new avenues of learning and exploration, ad infinitum.

So whenever any one person claims to have all the answers, I know immediately that person is a grifter and a scoundrel and not to be trusted.

And anybody who would deny the full journey of education to others is a danger and menace to civilized society.

I may not agree with Nietzsche or Rand, but I would be horrified and indignant if our government tried to deny access to their work.

That is how education in the liberal arts is meant to work.

Political forces are at work today throughout Ohio, in our school districts, to strip our students of the tools and resources they need for a well-rounded, thoughtful, and indeed challenging education.

Ohio schools are getting increased calls to ban literature, including the books of Ohio native and Nobel Prize-winning author Toni Morrison.

A front group for the dark money Ohio Value Voters coalition, called Protect Ohio Children, has been coordinating and employing a “tsunami strategy” of overwhelming local school boards with scads of coordinated statements against “critical race theory” and social and emotional learning.

The entire CRT controversy is an invention of conflict by a right-wing activist named Christopher Rufo.

Be afraid of education, Rufo’s worldview apparently instructs, because some of the material students may be exposed to could prove discomfiting.

Ohio’s gerrymandered extremist Republican legislature is aboard, regardless of the fact that critical race theory is not taught in k-12 public schools.

According to the Register, some lawmakers even attended virtual training sessions last year to coach them on how to mainstream these views and make book bans OK.

State Rep. D.J. Swearingen, R-Huron, responded to a Register inquiry by saying that he and other Republican lawmakers cannot stand by while there is “radical indoctrination” of students happening in Ohio schools.

But, when pressed, “Swearingen could not cite any specific examples of any teachers in any school districts who are practicing radical indoctrination, and he could not cite any instances in which parents had brought complaints to him about it happening,” the Register reported.

Impact on teachers and students

This legislation is an obvious false attack on public education, intended to have a chilling effect in Ohio classrooms.

It’s designed to make teachers afraid of what they are allowed to teach.

It incentivizes them to hide material from their students, instead of exposing them to it.

It prompts them — under legal threat — to present a narrow, unexamined, unchallenged, simple, shallow understanding of history, society and the arts.

It is meant to produce a populace of obedient workers, not critical thinkers.

Now we find, teachers are burned out and leaving.

Scott DiMauro, president of the Ohio Education Association, told WOUB the national open rate for teachers is the highest it has been in the last two decades.

After dealing with the horrible personal and professional stresses of a deadly pandemic, right-wing lunatics started sowing this fake CRT, “grooming” and “indoctrination” controversy and hate against educators.

Teachers deserve so much better than this for their underpaid, overburdened commitment to true education, knowledge, and thoughtful learning for Ohio schoolchildren.

I first read Nietzsche and Plato in high school. So why am I Socratean?

Because the Socratic method is one of our three most-important educational tools, right next to the empiricism of mathematics and the scientific method.

Dialectics — what Socrates termed the “art of discussion” — is the search for truth through an honest and meticulous process of questioning and answering.

That process of questioning and answering is disastrously deformed in schools when students are robbed of the opportunity to experience and process challenging material — to critically think through the facts, evidence, and arguments for themselves.

Anybody who opposes that opportunity is not a defender against “indoctrination,” and certainly no advocate or even supporter of high-quality education.

They are a dunce, admitting their own minds are too weak and easily manipulated to engage the serious, challenging, disciplined, and honest pursuit of actual knowledge.