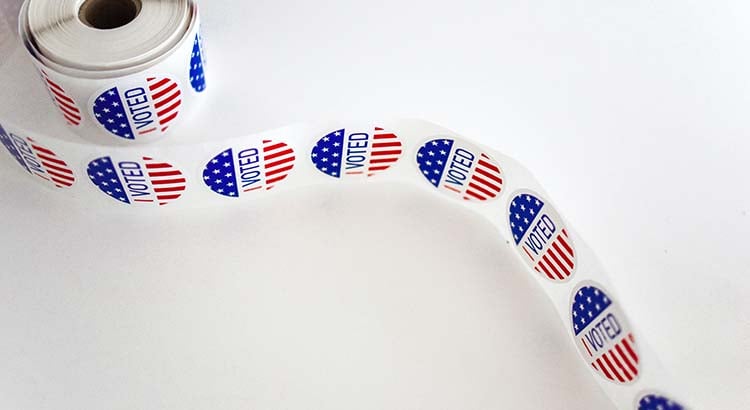 Cautious responses to a raging fire signal timidity not tenacity. Incremental baby steps to battle flames engulfing a house let it burn out of control. Leading the charge to the rescue with a flat, passionless recitation of purpose galvanizes no one.

California Gov. Gavin Newsom gets it. “Where the hell’s my party?” asked the vexed Democrat after GOP moves to outlaw abortion, ban books, restrict how teachers teach, make voting harder, and target LGBTQ rights were met with the sound of crickets in his camp. “Why aren’t we calling this out?” he demanded. “Where’s the counteroffensive?”

Illinois Gov. J.B. Pritkzer gets it. After another mass shooting took seven lives in his state on the Fourth of July, the Democrat erupted. “If you’re angry today, I’m here to tell you: Be angry. I’m furious that yet more innocent lives were taken by gun violence.” He took aim at assault rifles as a constitutional right the founders wouldn’t recognize or certainly elevate above “the right of the people who attended this parade today to live.”

Michigan state Sen. Mallory McMorrow gets it. The Democrat powerfully rebuked a right-wing colleague in a floor speech that resonated nationwide. “I’m the biggest threat to your hollow, hateful scheme,” she said, pushing back on a smarmy attack for her opposition to classroom censorship.

But President Joe Biden, the Democratic National Committee and far too many Dems running for office don’t get it. It’s past time for them to dive into the fray in a way that speaks to anxious and impatient voters who put their faith in Democratic leadership two years ago. They want to see forceful advocates of the people go to the mat relentlessly for the majority. Now.

What’s missing from Biden and Co. is any sense of urgency. Social media platforms pulse with frustration at a president who always seems late to the table on issues that scream for commanding, impassioned leadership. Gen Zers, who backed Biden by 25 points for president, are disillusioned and dispirited with “stuff not getting done!” Scroll through TikTok.

They’re not alone. Many who propelled Democrats to power in 2020 share the same perception of leaders they trusted to lead. Disappointed voters see a lackluster president and an excuse-making party pulling punches when they should be swinging hard. As sweeping authoritarian edicts threaten to eliminate settled law — the right to abortion, to marry, to vote, to keep church and state separate, to be safe from assault rifle slaughter every other week — Biden and others look like they’re allowing it to happen without a knock-down, drag-out fight.

The messaging from Biden and party strategists needs to be emphatic and reinforced daily. A good speech every couple weeks won’t cut it. The upcoming election must be defined as a stark contrast between a free and a fascist country. Far-right extremists are ramming minority rule down the throats of a majority of Americans from the radical wing of the U.S. Supreme Court to ultra-MAGA state legislatures.

A few, white Christian nationalists are imposing a theocratic dystopia on America where fundamentalist dogma dictates what constitutes life, liberty and the pursuit of happiness. On Nov. 8, our democracy, and the cherished freedoms it represents, will be on the ballot in every state. Pro-democracy candidates must hammer that message home to every voter.

If election-denying, freedom-dismantling, Christian-crusading, gun-proliferating radicals take charge in the fall, you lose. You forfeit your rights. To reproductive rights, to the right to marry whom you choose, to speak freely without censorship, to vote without suppression, to protest without arrest, to be free from fear. If fascism wins control in state and federal elections, you lose.

Extremists have given you a preview of what’s to come. The far-right has already passed heavy-handed laws restricting voting, mandating forced birth, codifying LGBTQ discrimination, criminalizing protestors and opening the door to limitless arsenals of deadly weapons trained on the public. Ruthless extremism is unbound in Ohio, Florida, Texas, Georgia, Arizona, Montana and dozens more states where Republicans control the legislature.

The demise of our democratic republic is unfolding in real time. But the end of our fragile American experiment in self-rule is not inevitable.

Not yet. Defenders of democracy have four months to get it right. Democrats and their passive standard bearer can still harness the fury of the moment to motivate voters. There is only one political party committed to preserving and strengthening the freedoms we take for granted. The GOP is wedded to a corrupt seditionist intent on destroying government of the people.

Conventional wisdom says the electorate is oblivious to politics until post Labor Day. Not this year. Abolishing an affirmed constitutional right to abortion, that gave generations of American women the freedom of choice, blew that bromide to pieces. Voters are pissed. They want leaders who get it to boom cannons with indignation and act. Codify abortion rights. Make support for women as equal members of society a litmus test for candidates.

The clock is ticking. Extremists are presenting themselves as virtuous conservatives without a counteroffensive from the Democratic Party blasting the truth of authoritarianism.  It’s on you, Biden and Co. Give us cannons, not crickets.