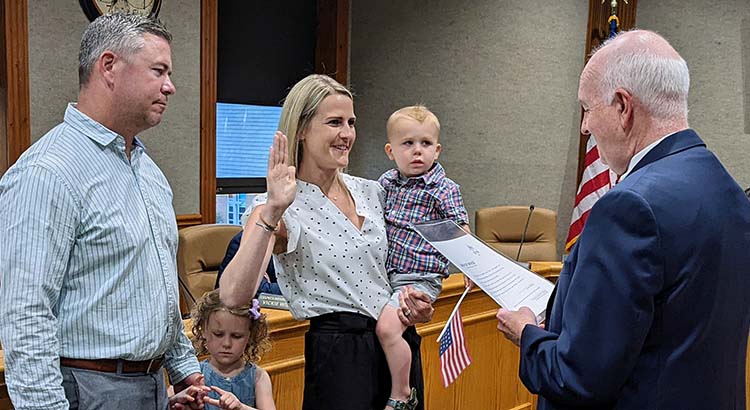 Tiffin, Ohio — During a special meeting of Tiffin City Council on Friday, Vickie Wilkins was sworn in as an at-large councilmember.

Law Director Brent Howard administered the oath of office to Wilkins, who was nominated by the Seneca County Republican Party to replace Jeff Rhoades, who resigned from council in May.

Wilkins has served as the Director of Alumni Relations at Tiffin University since June of 2013.

She serves on a number of committees for the university and on non-profit boards and committees, including the Downtown Development Board for the Tiffin Main Street Program, the City of Tiffin’s Planning Commission, and was a founding member of the Seneca County Young Professionals.

Because the term has more than two years remaining, Wilkins may run for office again in the 2023 municipal election.