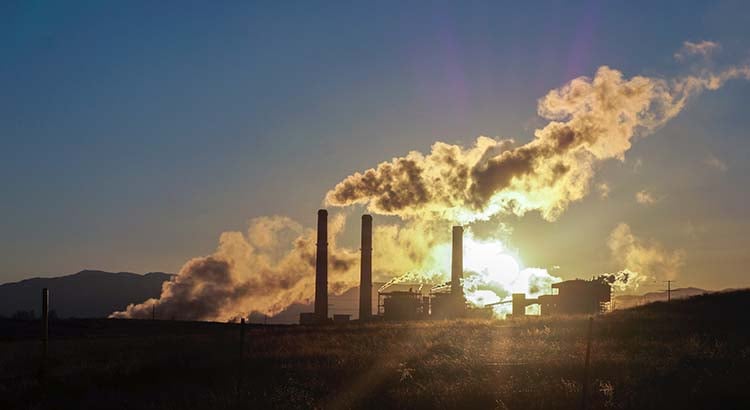 The U.S. Supreme Court ruled Thursday the Environmental Protection Agency lacks authority to broadly regulate greenhouse gases as pollutants, siding with a group of Republican attorneys general and coal companies in a major blow to the executive branch’s power to curb climate change.

The opinion was a victory for the Republican-led states that undertook the challenge, West Virginia and 18 others — including Alaska, Georgia, Indiana, Kansas, Louisiana, Missouri, Montana, Nebraska and Ohio — and curbs President Joe Biden’s ability to pursue his climate goals.

In the 6-3 decision, the court’s conservatives ruled that Congress only empowered the EPA to narrowly regulate the emissions of individual power plants, and the EPA could not require a sweeping industry-wide shift from coal and gas power to renewable sources.

The agency used a little known provision of the Clean Air Act, known as Section 111, to “discover” the power to broadly regulate coal- and gas-fired power plants, Roberts wrote.

“The Agency’s discovery allowed it to adopt a regulatory program that Congress had conspicuously and repeatedly declined to enact itself,” he said.

In a dissent written by Justice Elena Kagan, the court’s three liberals said the decision strips the executive branch agency charged with environmental regulation of its power to respond to the most urgent environmental issue the world faces. Executive branch agencies can use broad authorizing language to address significant issues, the liberals said.

The majority’s decision rested on the sole claim that the EPA requiring a shift from coal and gas power to renewable sources of energy was too large a policy change to be authorized by general language in the law, Kagan wrote.

“But that is wrong,” she wrote. “A key reason Congress makes broad delegations like Section 111 is so an agency can respond, appropriately and commensurately, to new and big problems.”

Congress delegates the power to expert agencies to address issues as they arise, which is what Congress did in the broad provision of the Clean Air Act the EPA used to establish the Clean Power Plan, she said.

“The majority today overrides that legislative choice,” the dissent reads. “In so doing, it deprives EPA of the power needed — and the power granted — to curb the emission of greenhouse gases.”

In a statement, Biden slammed the decision and said he directed his legal team to work with the Justice Department and other agencies to find other ways to reduce climate change.

The ruling was “another devastating decision that aims to take our country backwards,” he said.

“​​I will take action,” Biden said. “My Administration will continue using lawful executive authority, including the EPA’s legally-upheld authorities, to keep our air clean, protect public health, and tackle the climate crisis.”

The administration will work with states and local governments and pursue congressional action to move toward clean energy, he added.

‘A shot across the bow’

But the ruling threatens Biden’s goal, codified in an executive order in December 2021, to reach a zero-carbon electricity sector by 2035, Emily Schiller, a lawyer who heads Holland & Hart’s environmental resources practice group and represented power producers who challenged the rule, said Thursday.

“This rule is a big part of Biden’s drive towards clean energy by 2035,” Schiller said. “Now they are going to get substantially fewer reductions from this type of rulemaking than they had planned.”

The EPA can still regulate greenhouse gas emissions after the ruling, but only by setting standards that are realistic for specific producers to meet without shifting how they generate power — not by mandating an industry-wide shift in generation, Schiller said.

The court majority ruled Thursday that requiring a shift in generation violates the major questions doctrine, a legal theory at the center of the case that Congress must clearly authorize an executive agency to decide an issue of major national political or economic significance.

The court’s finding has major implications across the executive branch, particularly for climate-related action.

“It does hamstring the whole administration in terms of the toolbox that it might have by broadly interpreting various federal statutes that give it authority to address climate change,” Schiller said in an interview.

“This is a bit of a shot across the bow,” she said. The court indicated it would see any effort to aggressively address climate change as beyond an agency’s purview “unless there is a very specific authorization” from Congress.

While the decision guts federal authority to require a shift in power sources, state leaders with the U.S. Climate Alliance, a coalition of 21 Democratic and three Republican governors, said they would continue to pursue aggressive emissions standards.

“Thankfully, state authority to curb greenhouse gas emissions has not changed,” co-Chairs Gavin Newsom of California, Kathy Hochul of New York and Jay Inslee of Washington, all Democrats, said in a statement.

“Today, we reaffirm our commitment to decarbonizing the power sector using our authority at the state level. We will continue moving forward with bold climate action in the states to protect the health and pocketbooks of the American people.”

Clarence Anthony, the leader of the National League of Cities, and U.S. Conference of Mayors head Tom Cochran issued a joint statement calling the decision “a major step back” for local efforts to address climate change.

“Local leaders are on the front lines of battling the climate crisis — but we can’t do it alone,” Anthony and Cochran said. “Many cities, towns and villages will continue to work to reduce greenhouse gas emissions, but today’s decision leaves us working uphill against this threat.”

The decision, issued on the last day of the court’s term, capped a landmark term for its new conservative majority that issued major rulings revoking a constitutional right to abortion, limiting states’ power to regulate guns and restricting federal COVID-19 regulations.

Senate Majority Leader Chuck Schumer blasted the EPA ruling as part of an “extremist” run of decisions that have hurt the court’s standing with the public.

“This MAGA, regressive, extremist Supreme Court is intent on setting America back decades, if not centuries,” Schumer, a New York Democrat, said in a written statement. “The Republican-appointed majority of the MAGA Court is pushing the country back to a time when robber barons and corporate elites have complete power and average citizens have no say.”

Republican Senate Leader Mitch McConnell, who was as instrumental as anyone in establishing the court’s 6-3 conservative advantage, praised the decision for returning policy-making power to Congress.

​​The ruling “pushes back against the overbearing administrative state, which Democrats have expanded dramatically in recent years,” McConnell, of Kentucky, said in a statement.

“The Constitution states clearly that the lawmaking process lies with the people and their elected representatives, not with opaque federal agencies. I am glad the Supreme Court affirmed this fact and hope other overeager bureaucrats take notice.”

Other leaders in Congress commented on the ruling’s policy impacts, with Republicans largely in favor and Democrats opposed.

“No one is safer or freer for this decision,” the New Jersey Democrat said. “All the Court has achieved today is putting Americans in the crosshairs of dangerous air pollution and a growing climate crisis which threatens us all.”

The suit goes back to 2015, when West Virginia and others challenged the Obama administration’s Clean Power Plan, a rule that established emission guidelines for states to limit carbon dioxide emissions from power plants.

The EPA under President Donald Trump rescinded the rule in 2019 and replaced it with the less stringent Affordable Clean Energy rule. A federal appeals court in Washington, D.C., struck that rule down last year, saying the EPA was required to at least consider more aggressive alternatives.

Nearly 200 Democratic members of Congress submitted a brief in the case that said the Clean Air Act clearly did give the EPA broad power to regulate emissions.