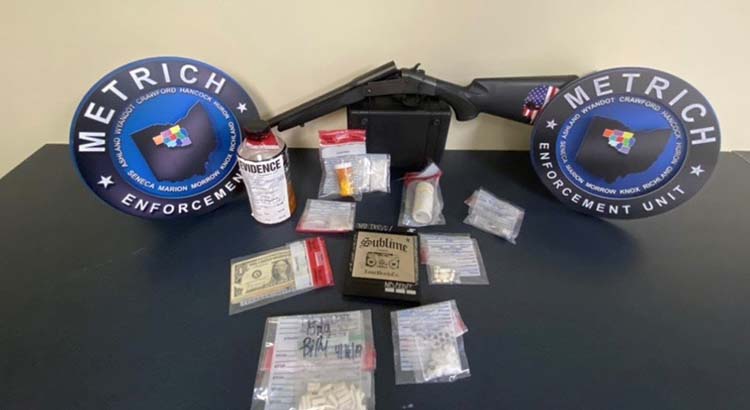 Additionally, a male and female were detained at 4491 State Route 67 in Sycamore as part of the investigation. Charges are expected on those individuals after additional investigation, according to police.

Methamphetamine, a firearm, and cash were seized during the execution of the search warrants, the Wyandot County Sheriff’s Office said in a news release.