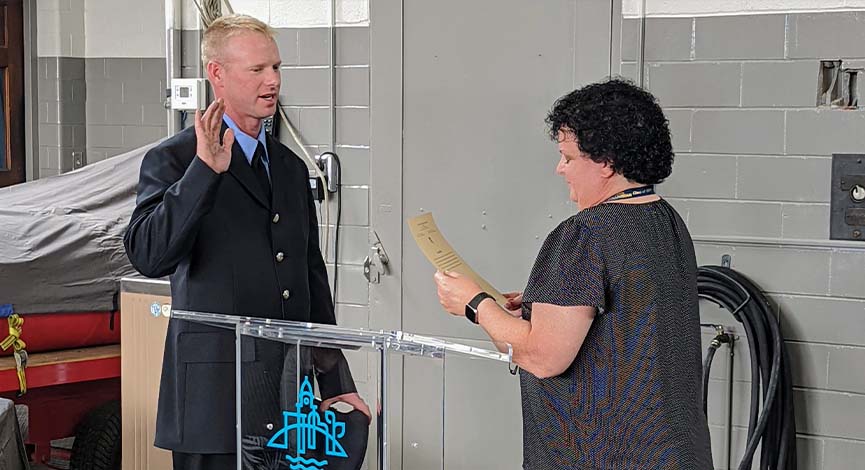 Tiffin, Ohio — Tiffin Mayor Dawn Iannantuono on Monday swore in a new firefighter/EMT and a new lieutenant of the Tiffin Fire/Rescue Division.

Shawn Rowlinson started with TFRD at the end of May and was officially sworn in Monday evening. 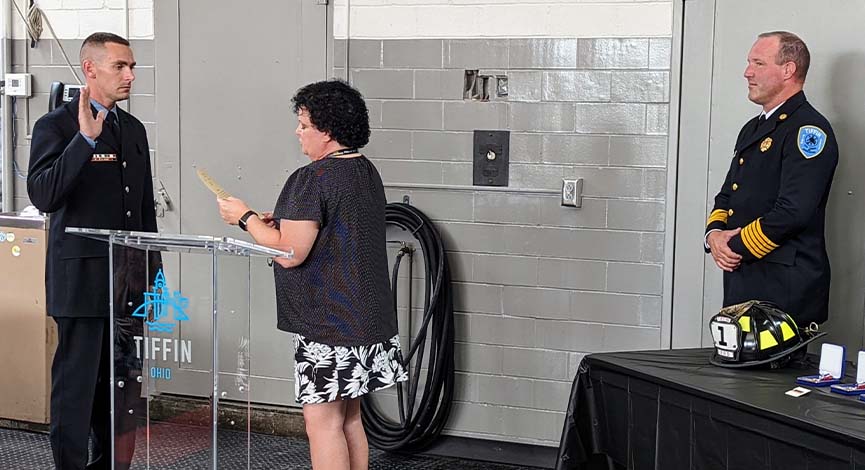 Iannantuono also swore in Scott Brooks, who was recently promoted to the rank of lieutenant after serving as a firefighter/medic since 2014. Brooks will continue on as a lieutenant with his current crew #1.

“We are excited to watch him use the leadership skills he has learned along the way and are thankful for his never ending passion for the fire and EMS professions,” TFRD wrote in a Facebook post after Brooks was sworn in.

Additionally during the ceremony, TFRD Chief Rob Chappell awarded three Medals of Honor to firefighters Matt Gebauer, Brian Hunt, and Josh Majors. All three recipients were on duty the night of April 17, 2021, when a fire started on the second story of a four-story building at 98 S. Washington St. 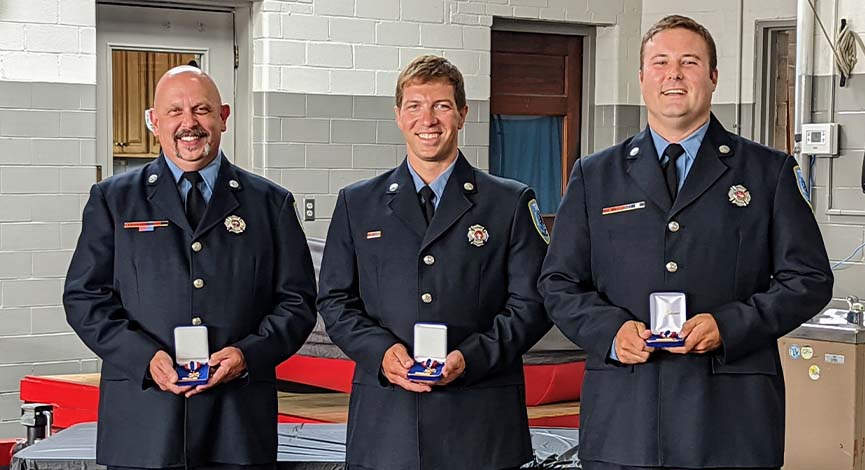 Gebauer, Hunt, and Majors were able to locate and bring two residents to safety who were unable to get out on their own.

“While they may say they were ‘just doing their job,’ to those lives saved, it is the truest act of heroism. This truly is why we do the job we do and love it,” TFRD said in a Facebook post. 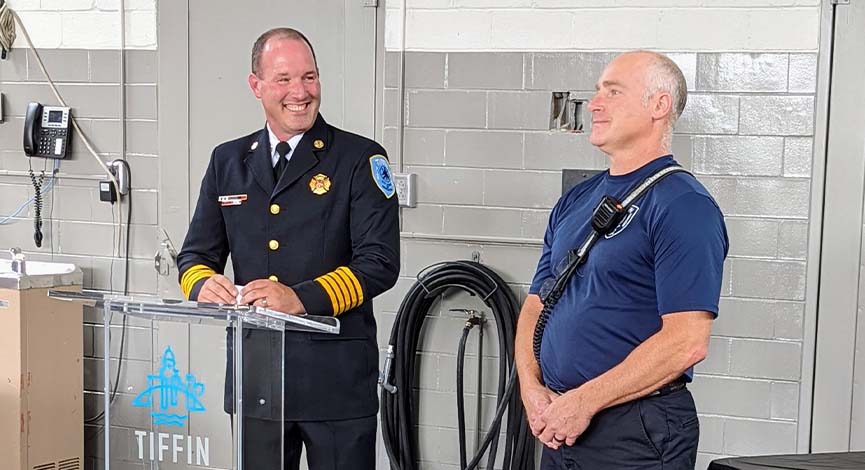 Lieutenant Shawn Riley was also awarded Monday for his 20 years of service at TFRD.

“Thank you for all your hard work and your continued dedication to this city, Shawn! We’re grateful for your service,” TFRD wrote on Facebook.