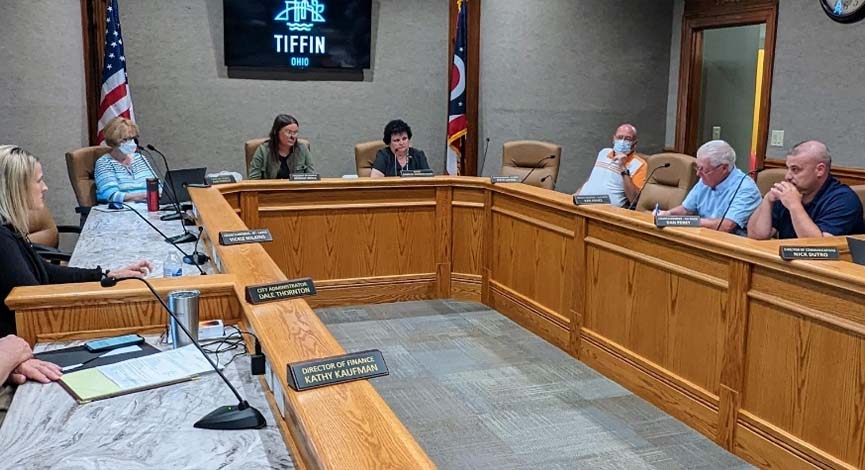 Tiffin, Ohio — During a special meeting Monday evening, members of Tiffin City Council agreed upon a process to fill the 3rd Ward councilmember seat, which became vacant after the election of Dawn Iannantuono as mayor.

Although she had historically run as a Democrat, Iannantuono filed in the 2019 election as a non-partisan in Tiffin’s open primary election system, and by charter, her seat will be filled by Tiffin City Council.

By charter, city council has 30 days following the vacancy to choose the new member. Council may choose any qualified elector of the city of Tiffin that lives in the 3rd Ward, regardless of political party.

From now until 4:30 p.m. Friday, July 29, those interested may submit their self-nominations with a cover letter and resume at Tiffin City Hall, 51 E. Market St. or by email at aforrest@tiffinohio.gov.

Qualified candidates are to give a presentation and answer questions during the regular meeting scheduled at 7 p.m. Aug. 1 in council chambers. The public is to be notified of the nominations following the July 29 deadline.

Following the presentations, council is to vote on candidates by roll call vote, and by charter, the candidate would need to receive a vote of the majority of the remaining members of council. In the event of a tie, Council President Bridget Boyle would be the tie-breaker.

If five rounds of voting have occurred without majority vote or a tie-breaker, the president of council will adjourn and schedule a special meeting to perform another round of voting with the same set of candidates. Each round of voting will eliminate the candidates with the lowest amount of votes.

Council currently has three seats vacant. At-Large Councilmembers Ben Gillig and Zack Perkins had both resigned effective July 12. Because Gillig and Perkins had declared their party affiliation when they were elected in 2021, the Seneca County Democratic and Republican central committees will be filling their respective seats. Both groups are planning to meet and vote on candidates prior to the Aug. 1 meeting.

Iannantuono was elected mayor by Tiffin City Council during its regular meeting on Monday, becoming the 50th Mayor of the City of Tiffin and first female elected to the office. She had served as the 3rd Ward Councilmember since 2016.