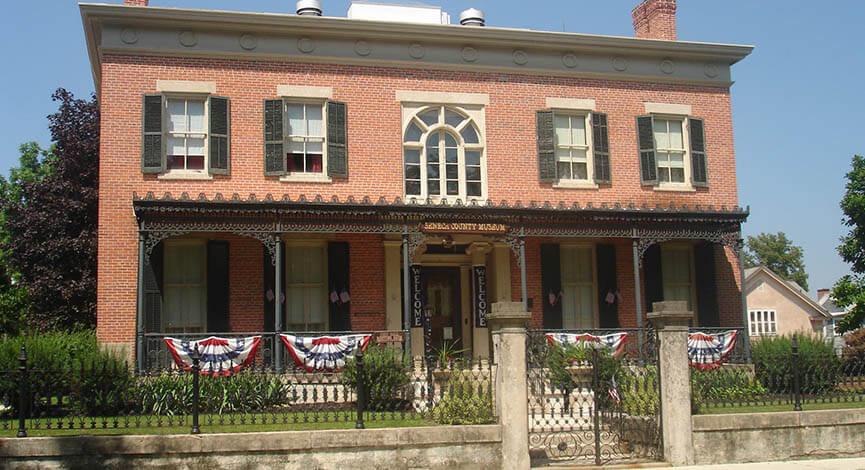 Tiffin, Ohio — During this year of multiple festivities in Tiffin, the Seneca County Museum will be adding its own day of celebration on Friday, Aug. 5.

On that day, museum officials are to commemorate the 80th anniversary of the dedication of the museum to Seneca County.

The stately home originally built by Tiffin’s first millionaire, Rezin Shawhan, was formally dedicated as the Seneca County Museum on Aug. 5, 1942, according to a press release from the museum.

Mr. Lynn Troxel had deeded the property “in perpetuation” as a museum to Seneca County to be enjoyed by its citizens, the release states.

Marie is the great-great-granddaughter of Gen. William H. Gibson. She had contacted Sullivan prior to their visit stating that she wished to donate some of the general’s heirlooms and documents to the museum, according to the release.

Sullivan and Fleet, who is a descendant of Gen. Gibson’s brother, are extremely grateful for the exceptional collection of Gibson memorabilia. These items will be unveiled at the Aug. 5 celebration.

The 80th anniversary celebration will begin with an open house from 1:00 to 3:00 p.m. on Friday, Aug. 5. The first floor and part of the second floor, which includes Gen. Gibson’s room, will be open to walk through. A ceremony similar to the original dedication will commence at 3:00 p.m. in the Fort Ball Room.