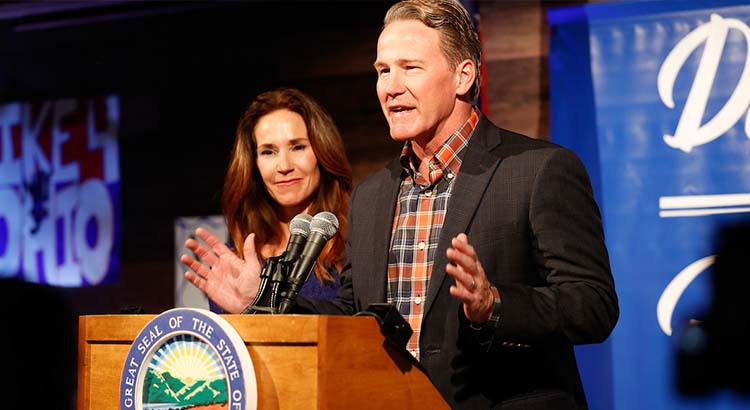 Lt. Gov. Jon Husted on Thursday said a controversial job he’s taken on the board of a community bank has been highly educational and will pay about $20,000 a year.

Husted’s decision to serve on the board of Heartland Bank stirred controversy when it became public last month for at least two reasons: His office initially wouldn’t disclose how much the gig paid, and it could be a conflict of interest because the governor’s office controls the state agency that regulates banks.

Just after chairing a meeting of InnovateOhio Thursday, the lieutenant governor shed some light on the first question. He said he was elected to the Heartland board after investing in the bank and only planned to serve for a few years.

“The compensation is based on how much I’m able to participate,” Husted said. “So there is no set compensation, but it will be… probably around $20,000.”

Others have criticized him for taking on outside work in addition to his jobs as lieutenant governor and head of InnovateOhio, which together pay $176,000 a year. But Husted said that his work on the Heartland board helps him with his other duties.

“What you do at a community bank is very micro issues,” he said. “It’s loans for people’s automobiles, it’s farmers who borrow money, it’s restaurants and businesses who need capital. It’s a great opportunity for me to learn about all that, and for many years it’s something that I’ve wanted to do but just never really could prioritize it.”

He added, “I only intend on doing it for a couple of years to get the experience, to get the understanding, and that’s why I did it. I think it’s a great educational experience and I would recommend it to any policymaker.”

However, there are still questions about possible conflicts of interest — possibilities that aren’t unique in the administration of Gov. Mike DeWine.

DeWine’s appointee to chair the Public Utilities Commission took $4.3 million from a utility and then helped write a law benefitting the utility that federal prosecutors said was part of what was likely the biggest bribery and money-laundering scandal in Ohio history.

DeWine himself owns stock in a company that’s about to get a $2 billion incentive package from the state, but refuses to say how much he owns.

His son, Ohio Supreme Court Justice Pat DeWine, refuses to recuse himself from a case in which his dad and other Republicans on the Ohio Redistricting Commission have passed legislative maps that a bipartisan majority of the court has repeatedly ruled to be unconstitutionally gerrymandered. Despite being said by ethics experts to have a clear conflict of interest, Pat DeWine has voted to support his father’s maps.

And DeWine’s appointee to head up the Ohio Department of Medicaid has refused to disclose how much stock she owned in two healthcare companies as she awarded them billion-dollar contracts.

Despite those controversies, Husted on Thursday said the administration was deeply concerned with following the law.

Asked about the potential for conflicts of interest, Husted repeated assurances that he would recuse himself from any activities involving the bank.

“This is the only company in Ohio that the lieutenant governor cannot be involved in helping in any way,” he said. “I pride myself on helping provide a great business environment in this state, but this is one company I can’t help. I cannot be involved in anything that they do and that’s consistent with what the law is.”

But that ignores the potential for another, unspoken conflict.

A big part of Heartland’s game plan is to grow, in part through mergers and acquisitions.

“Heartland’s ongoing growth strategy over the last several years has been focused on both organic expansion and strategic acquisitions,” Chairman and CEO G. Scott McComb said in a 2019 press release announcing its acquisition of Victory Bank, located in Cincinnati and Northern Kentucky.

Such moves have to be approved by the Division of Financial Institutions in the Ohio Department of Commerce — an agency whose director is appointed by the governor.

Husted was asked twice whether it isn’t likely that anybody in the agency regulating Heartland will know that the No. 2 official in the DeWine administration is also a member of the Heartland board. He didn’t answer directly.