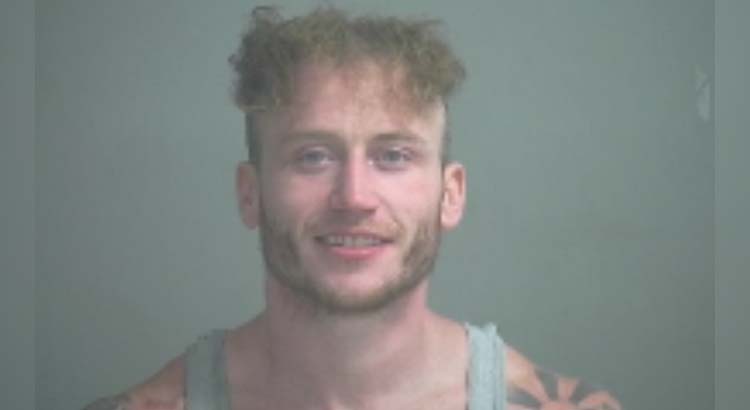 Fremont, Ohio — A Fremont man was arrested Sunday evening following a traffic stop which led to his home being searched by investigators.

At approximately 8 p.m., a marked police vehicle patrolling the area of Birchard Park witnessed a traffic violation and conducted a traffic stop on a 2011 Chevrolet Tahoe.

The driver of the vehicle was identified as 28-year-old Clayton W. Guhn, of Fremont.

According to a press release from the Fremont Police Department, a probable cause search of the vehicle revealed a loaded 9mm pistol, suspected fentanyl pills, and suspected cocaine.

Guhn was taken into custody and is currently being charged with having weapons under disability and OVI (operating a vehicle impaired). He is being held at the Sandusky County Jail.

Evidence gathered from the traffic stop led to a search warrant for 320 Lynn St., Fremont.

During the search, officers located what appeared to be a drug manufacturing lab, according to the release. The residence was evacuated and Ohio BCI and officers from the Tiffin Police Department who specialize in clandestine and hazardous labs were called to decontaminate the residence.

Law enforcement seized several items as evidence including pill manufacturing equipment, more than 500 pills of suspected fentanyl, about 90 grams of cocaine, six vials of suspected steroids, about $1,800 in cash, and two additional firearms, according to the release.