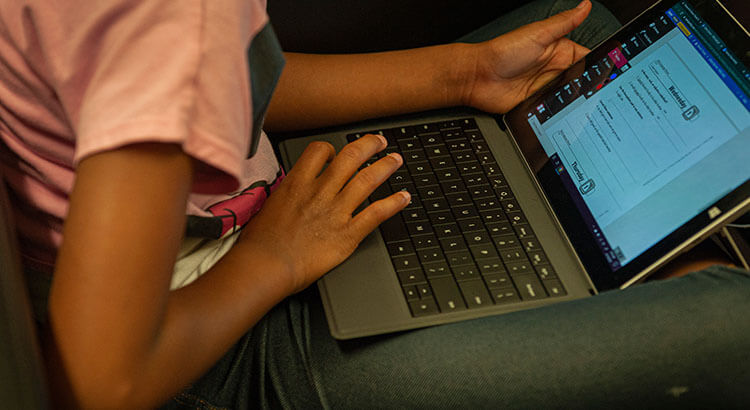 Like the famed Casablanca police captain Louis Renault, Ohio taxpayers were shocked, shocked to learn recently from the state auditor’s office that the notorious online charter school ECOT, which closed in 2018, owes the state $117 million. A “Finding for Recovery” posted last week on the auditor’s website provided the details.

The announcement by Auditor of State Keith Faber that the Electronic Classroom of Tomorrow, known familiarly as ECOT, owes the state such a huge amount for submitting inflated student enrollment data was met by a prolonged yawn among most of the state’s residents as well as media outlets.

Ohio residents were shocked, shocked at the news.

It seems that Ohioans have formed a natural immunity regarding any additional bad news about ECOT, known by some as “The School for Scandal,” with apologies to playwright Richard Brinsley Sheridan. Back in 2017, one of my articles about “The School for Scandal” likened its longevity to the Energizer Bunny and described the different meanings people derived from seeing the online charter school’s acronym. Readers also chimed in with their own descriptors:

What does not make the ECOT saga unique is that it merely mirrors much of charterdom and affirms the industry’s image as a slow-motion train wreck. Sadly, a plethora of stories about issues surrounding The School for Scandal’s improprieties published years before its demise were not catalysts for action.

But if misery loves company, ECOT, which operated at full blast draining the state’s treasury for 18 years, is but one of more than 300 failed charter schools now closed that performed with near impunity as the result of a charter-friendly design built into the Ohio Revised Code. That section of the code favors private operators for the schools and limits the amount of transparency and accountability for these constructs that are provided about 150 exemptions in law that public schools themselves are required to meet.

That charter DNA design allowed ECOT’s founder, William Lager, to form privately owned management companies to operate the school and thus limit the amount of sunshine that could be cast by auditors and those charged to provide oversight for the school. That same design for charters, which are privately operated with public funds, allowed Lager to donate generously to some of his favorite Republican politicians, including state Sen. Andrew Brenner, who currently serves as chair of the Senate Education Committee.

Over the years of its operation, as seen by his donations to the Republican leadership, it was clear that Lager was buying friends in the legislature.

“Lager is, by far, Brenner’s largest individual contributor,” the Columbus Dispatch reported in May 2018, four months after the school’s closure. Brenner pocketed $27,564 in three payments from Lager from 2015-2017, but lamely said that the money didn’t come from the school. Moreover, Brenner, a champion of the private sector and privately operated but state funded charter schools, had no qualms about accepting money from Lager, whose fortune was built upon a cash cow fed by the public treasury.

Then there is the situation with Attorney General Dave Yost. From 2013-2015, Yost spoke at ECOT graduation ceremonies and heaped praise on its supposed place in the state’s educational sector. At one of those commencements, the then-Auditor of State presented ECOT with the Ohio Auditor of State Award with Distinction, meaning the school met the standard for a “clean audit.”

Clean audit? Refer to the previous box – ECOT = Effectively Cleaning Ohio’s Treasury. In retrospect, that acronym might be appropriate.

ECOT critics might pose another question: what about from 2000 to 2015?

The current situation with ECOT reminds us of the classic Thomas Nast cartoon which first appeared 150 years ago:

What Are You Going to Do About It?

More than four years after the school’s closure, that question can’t be avoided.

When it comes to this charter’s audits, some things just don’t add up, particularly when the state auditor went out of his way to praise ECOT. Yet for years some individuals in state government, particularly in the department of education, had serious concerns about the reported enrollment figures for the school, well before the praise heaped on it by then-auditor Yost.

The Auditor of State’s website shows the honor conveyed in January 2016, less than two years before the school was shuttered.

“The school’s excellent record keeping has qualified for the Auditor of State Award with Distinction,” Yost’s AOS website boasted about the nefarious online charter school.

Those familiar with the jaded history of the failed charter, with its founder’s habit of distributing widespread campaign contributions to powerful Republican officeholders, are skeptical about seeing any accountability in this election year for the school’s submission of padded student enrollment figures.

Indeed, when allegations grew in 2016 about the school’s true enrollment, Lager’s contributions to the state Republican Party and officeholders continued unabated. Moreover, a mysterious website called 3rd Rail Politics emerged that year to defend the school as well as attack those who opposed charters in general and ECOT in particular.

If all things related to ECOT have moved at a snail’s pace – or not at all – 4 ½ years after the school’s closure, skepticism about action against Lager and his acolytes in state government, who provided favorable treatment for this generous Republican mega donor, is palpable among the populace.

In 2018, Louis Valentine, Brenner’s Democratic opponent for the Senate seat he currently holds, framed the issue with Brenner and his ties to Lager and the rest of the charter industry.

“It all started with the legislators who crafted the education policies that allowed for a complete lack of oversight for these so-called schools,” she said in a Tweet. “People like @andrewbrenner took $$$$ from ECOT and then defended their lack of accountability.”

There’s that word again – accountability. But there are some astute citizens who are speaking their minds about the influence of donors in the charter industry and with the ECOT situation.

The reader comments following one of the latest Columbus Dispatch articles detailing the auditor’s Findings for Recovery against ECOT contain several comments which are illustrative of the skepticism about eventual action against Lager:

Corrupt GOP general assembly aided and abetted this scam from the beginning.

As Ohio citizens begin to focus on issues for the fall elections, including gun violence and the wholesale proliferation of weapons, the growing threat from right-wing domestic terrorism, reproductive rights, environmental protection and regulation, along with voting rights, we need to add one more to this list of issues: ECOT – and the charter industry itself.

What are we going to do about it? What kind of controls are in place by law and regulation to ensure the lawful expenditure of public funds consumed by a rogue online charter school? For that matter, with more than 300 “dead” Ohio charter schools that are part of the detritus created by school privatization and educational deregulation, why in heaven is the legislature considering any kind of voucher legislation that will only add more stress to our fracturing society?

If we are supposed to remember in November, we should be alert as to what actions, if any, have been put in motion to do whatever it takes to recover the lion’s share of the $117 million owed to Ohioans. And if you’re skeptical, join the club.

ECOT was supposed to provide daily a minimum of five hours of “learning opportunities” for its students. If a number of our fellow citizens start contacting their elected representatives to ask them what they’re going to do about the ECOT debacle and more regulation of charters, perhaps that might serve as a preemptive measure to stop any further action about educational vouchers. Your call will no doubt provide a learning opportunity for Republicans in the legislature to realize that with ECOT and other charter scandals, enough is too much.

One more thing. Now that we know all of this, what are we going to do about it?