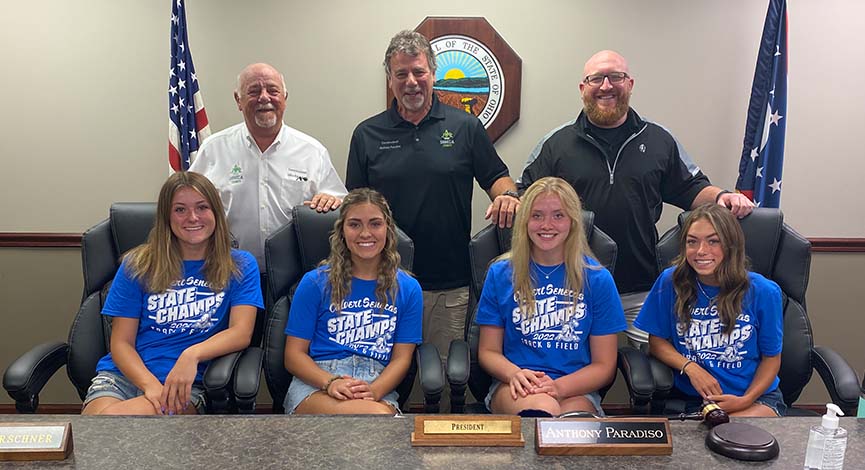 Tiffin, Ohio — The Seneca County Board of Commissioners agreed to set aside $250,000 in the county’s Budget Stabilization Fund, also referred to as the “rainy-day fund,” during Thursday morning’s meeting.

The reason for the move is to protect against future economic downturns as costs increase and inflation continues to rise nationwide. The Consumer Price Index, a common data point used to measure inflation for United States citizens, rose 9.1 percent in June.

“We still have five-and-a-half months to go in the year, if you have to move money around, that’s up to you … but, we don’t have any appetite for any additional requests (from the General Fund) unless it’s an emergency,” he said, adding that recent sales tax numbers have begun to dip and he expects rising costs on things like health insurance.

Commissioner Kerschner agreed and emphasized the role of the independent county budget commission, which sets a certified revenue figure that the commissioners must keep expenses at or below in order to keep the budget balanced.

“One of our biggest roles is to watch the budget, be in charge of the purse strings and make sure we are being fiscally responsible,” Commissioner Shuff added.

Paradiso said these decisions are not meant to send a message of “doom and gloom,” but he said it is important to be proactive in preparing for the future when some economic indicators show that a downturn is likely.

“We don’t want to wait until the worst happens in our economy and then you try to react, that’s not a good way to run (county) business,” he said. “We are trying to get out ahead.”

In other action, several local athletes were given proclamations and honored for their hard work and fantastic achievements. 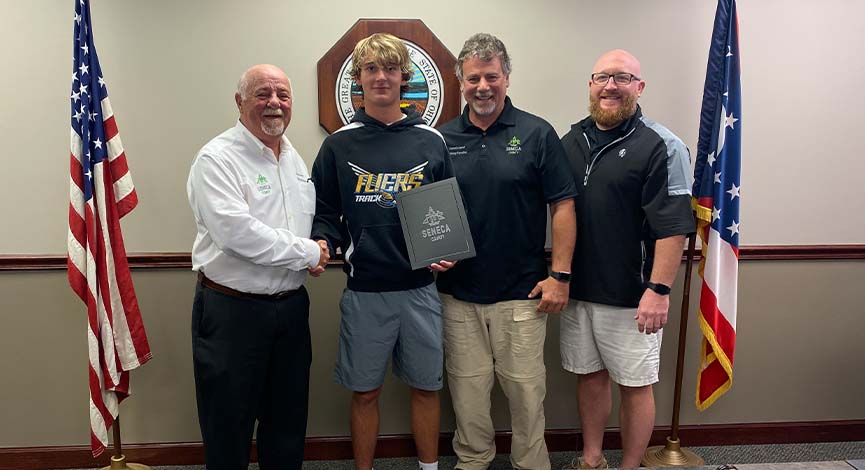 Clyde High School’s Brady Wilson was honored for winning the Division II 300-meter hurdles state title. Wilson, who also won a state championship in football, and is a three-sport athlete (basketball), is attending Baldwin-Wallace next year and will play football and join the track team.

Also in attendance were the members of the Calvert Girls’ 4×200-meter relay team who won the state championship last month. Camryn Shook, Caroline Lanicek, Leah Smith and Emma White each accepted the proclamation and were honored for their achievement.

On July 28, the commissioners look forward to welcoming another track state champion, in Hopewell-Loudon’s Sherron Jones, so they can honor him with a proclamation and celebrate his accolades from the state meet where he won three state championships.

In other business, former Tiffin mayor and new Tiffin-Seneca Economic Partnership head Aaron Montz addressed the commissioners and spoke about his goals for the new position. “I love this community and I love this county,” Montz said, adding that he will expand his focus to all townships, villages, cities and the county as a whole. 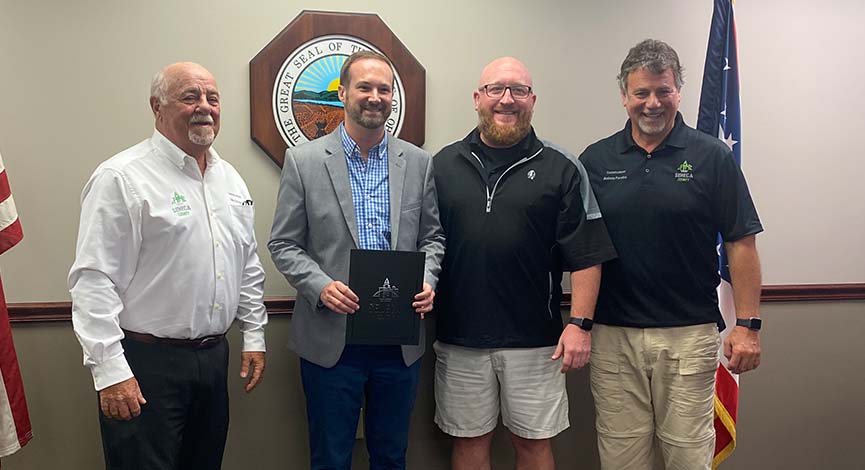 He spoke about re-focusing the organization’s mission to focus on quality over quantity when it comes to community and economic development.

In other news, County Administrator Stacy Wilson recapped the upcoming schedule for the board. On Thursday at 7 p.m. an EMS stakeholder meeting is to be hosted at the North Central Ohio Educational Service Center, 928 W. Market St. There is no board session scheduled for next week, and the commissioners will meet again on July 28 at 10 a.m. On The 28 the board will re-enter the session at 12 p.m. to provide a proclamation to Jones. On Aug. 4 the commissioners will have an early start time of 9:30 a.m. For their board meeting, and the Aug. 11 meeting is being moved to Aug. 10 at 10 a.m.