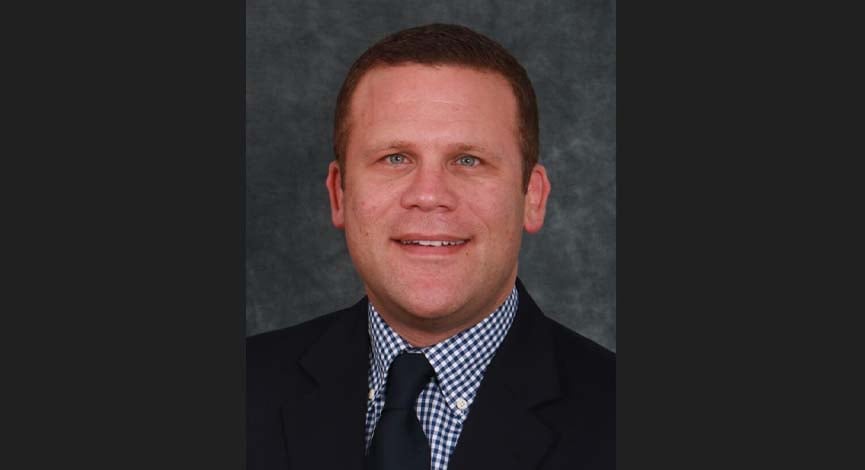 Michael Gonidakis. Photo from the Ohio Medical Board.
ShareTweet

Anti-abortion leader Mike Gonidakis has made quite a name for himself in Ohio Republican circles. The Ohio Right to Life president has strengthened the GOP’s gerrymandered hold on state politics. In return, the party has given Gonidakis enormous power over state abortion policy and state physicians who run afoul of draconian statutes regulating health care for their female patients.

The mutually beneficial arrangement of right-wing allies, driven to dominate with dogmatism, is having a banner year. Gonidakis came through for state Republicans who never intended to comply with the rule of law on the process of fairly redrawing legislative districts. The head of the anti-abortion rights group filed a successful federal lawsuit that cleared the way for the GOP to circumvent the Ohio Supreme Court and the will of Ohio voters. Republicans will have an unconstitutional advantage in Statehouse districts next Tuesday’s primary.

Republican Gov. Mike DeWine rewarded the anti-abortion lobbyist with another five-year-term on the Ohio Medical Board, a powerful state agency that licenses and disciplines doctors, including those provide abortions. The irony of Gonidakis — an anti-abortion zealot on a tear to restrict health care for women — filling one of three seats on the board that represents health care consumers is rich. It’s even more preposterous considering his dual role as head of Ohio Right to Life.

Gonidakis brings obvious bias to any judgement on predictably complex, post-Roe medical cases, like that of a 10-year-old Ohio rape victim. His recent, Republican-aligned conjecture on the child, who was forced to receive abortion care in Indiana, makes that prejudice plain. Gonidakis echoed Republican Attorney General Dave Yost in grandly asserting that the young rape survivor could have had a legal abortion in Ohio.

Like Yost, the Right to Life leader misleads in order to deceive. Gonidakis aggressively lobbied for the state’s near total six-week abortion ban with no exceptions for rape or incest. He knew the severe prohibition contained no clear allowances for any rape victim regardless of age. But a child had exposed the ruthless tyranny Gonidakis and his Republican pals imposed on Ohio women, girls and traumatized 10-year-olds.

Right-wingers were caught flat-footed when the account of a grade-schooler in the state, who suffered real-life consequences of the hardline abortion ban they enacted, stunned the world. The backlash against Ohio extremists responsible for her dilemma was widespread and unrelenting. Who, in God’s name, would ever compel a raped child to give birth by denying her an abortion?

Had Ohio truly gone to the dark side of extreme? What kind of monsters, bereft of humanity, run a state so cruel? You know the answer and the reason Gonidakis parroted his party’s nonsense about rape survivors (specifically 10-year-olds) magically having a legal right to abortion in Ohio. They don’t.

An ironclad ban on the procedure in the state explicitly includes rape victims without distinction. No, what Gonidakis and Ohio Republicans engaged in with bogus assertions about exceptions to the rule was pure damage control. They attempted to soften the harsh reality of a law that bans nearly all abortions in the state with strategic messaging and selective interpretation of the statute’s vaguely defined exception for the life and well-being of a pregnant woman.

According to them, a pregnant 10-year-old fit that narrow exception. Trust us, insisted the right to life leader and Republican officials who wrote the law designed to subjugate half the state’s population. Would you? Would physicians trust medical board member Gonidakis to recuse himself as he claims he does for abortion cases before the board and not to revoke their license or slap them with a fifth-degree felony for providing an abortion under debatable circumstances?

The anti-abortion activist weighed in on the case of a 10-year-old Ohio child to mitigate negative publicity over the devastating impact the state’s abortion ban is having on real people. There was never any pretense of compassion for pain inflicted among proponents of the ban. They. Do. Not. Care. The attorney general was absolutely indifferent to an emotionally scarred girl impregnated by her now indicted rapist.

Yost discredited and disparaged her lived misery for right-wing appeal. It was obscene. Equally reprehensible was Gonidakis’ suggestion that it was the child’s fault for not getting an abortion sooner, before Roe was overturned and Ohio’s ban was reinstated. He noted her rape was reported two days before the door shut on abortion rights nationwide and in Ohio, theoretically giving her time to receive a legal procedure in Ohio had she moved more quickly.

The cold detachment of Gonidakis to the actuality of a raped 10-year-old denied abortion speaks volumes about him. So does his Twitter embrace of alternative facts about pandemic precautions, his discard of evidenced-based medical practices, his endorsement of discrimination in providing medical services that conflict with nebulous religious beliefs.

So does his cavalier dismissal of the compromised objectivity he brings to the influential medical board. But Gonidakis sings from the same choir book as Ohio Republicans who have no moral misgivings about rigging elections or banning abortions without exception. Arrogant souls with zero empathy for a child traumatized twice by their cruelty.

The Ohio Right to Life president is a bona fide team player in state GOP politics with power to inflict great damage. Mike Gonidakis has made a name for himself alright. He’s a force to be reckoned with on the dark side of extreme.