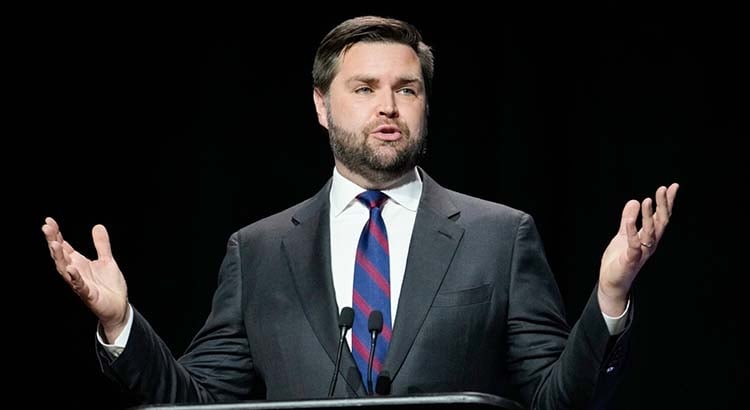 President Donald Trump’s efforts to overturn the results of the 2020 election were brazenly antidemocratic. Yet Trump and his supporters nonetheless justified their actions under the dubious pretense of preserving American democracy – as a matter of getting the vote right, of reversing voter fraud.

There’s a good reason they took this approach. Authoritarianism has long been rejected across the political spectrum. Democrats and Republicans routinely lob insults like “dictator” or “fascist” to describe politicians of the other party who are in power.

But in recent months, a strand of conservative thought whose adherents are forthright in their disdain for democracy has started to creep into GOP politics. It’s called “neoreaction,” and its leading figure, a software engineer and blogger named Curtis Yarvin, has ties to at least two GOP U.S. Senate candidates, along with Peter Thiel, a major GOP donor.

In my years researching the far right, I see this as one of the more significant developments in right-wing politics. Someone who calls himself a monarchist isn’t being relegated to the fringes of the internet. He’s being interviewed by Fox News’ Tucker Carlson and has U.S. Senate candidates repeating his talking points.

A political philosophy is born

In 2007, Yarvin launched his blog, “Unqualified Reservations.” Writing under the pseudonym Mencius Moldbug, he produced a prodigious corpus of political philosophy.

In his writings, Yarvin cites his political influences. They include the 19th-century political philosopher Thomas Carlyle, who disdained democracy and thought it could too easily veer into mob rule; American 20th-century political theorist James Burnham, who became convinced that elites would come to control the country’s politics while couching their interests in democratic rhetoric; and economist Hans-Hermann Hoppe, who, in his 2001 book “Democracy: The God That Failed,” wrote of how all organizations – irrespective of size – are best managed by a single executive.

Yarvin is perhaps best known for his concept of “the cathedral” – his term for the U.S. ruling regime. Yarvis argues that virtually all opinion-makers, most notably those in academia and journalism, are essentially “reading the same book.” In an essay for Tablet Magazine, Yarvin wrote that what’s often characterized as the “marketplace of ideas” is actually a “monoculture” that props up an oligarchy.

The cathedral is self-reinforcing: Individual journalists and professors are rewarded when they follow the ruling ethos. Those who do otherwise risk being punished or at the very least face diminished career prospects.

Another important neoreactionary figure is Nick Land, whose main contribution to the philosophy is the concept of accelerationism. In essence, accelerationism is based on Vladimir Lenin’s notion that “worse is better.” The Russian revolutionary maintained that the more chaotic conditions became, the greater the likelihood that his Bolshevik party could accomplish its goals.

Analogously, right-wing accelerationists believe that they can hasten the demise of liberal democratic governments by stoking political tension.

Both Yarvin and Land believe that gradual, incremental reforms to democracy will not save Western society; instead, a “hard reset” or “reboot” is necessary. To that end, Yarvin has coined the acronym “RAGE” – Retire All Government Employees – as a crucial step toward that goal. The acronym is reminiscent of former White House chief strategist Steve Bannon’s vow to deconstruct the administrative state.

Yarvin advocates for an entirely new system of government – what he calls “neocameralism.” He advocates for a centrally managed economy led by a monarch – perhaps modeled after a corporate CEO – who wouldn’t need to adhere to plodding liberal-democratic procedures. Yarvin has written approvingly of the late Chinese leader Deng Xiaoping for his pragmatic and market-oriented authoritarianism.

While not explicitly fascist, Yarvin’s worldview does, at times, appear to have a fascistic bent. As the historian Roger Griffin once argued, the essence of fascism was a nationwide process of death and rebirth. Yarvin’s rhetoric of “reboots” and “hard resets” evokes the imagery of national renewal.

Moreover, though he maintains that he is not a white nationalist, he has echoed racist views like the belief that white people, on average, have higher IQs than Black people.

Though neoreaction has long eschewed involvement in electoral politics, it seems to be be gradually penetrating mainstream right-wing spaces.

Yarvin is said to have helped popularize the “red pill” meme in alt-right subcultures. Pulled from the 1999 film “The Matrix,” to take the red pill is to no longer live under the spell of delusion. In the context of politics, it means breaking free from the spell of liberal orthodoxy.

In September 2021, Yarvin made an appearance on “Tucker Carlson Today,” during which he explained the concept of the cathedral. When Yarvin called himself a monarchist, Carlson didn’t bat an eye.

Then, in May 2022, Vanity Fair reported on the relationship among Yarvin, GOP megadonor and venture capitalist Peter Thiel and U.S. Senate candidates J.D. Vance and Blake Masters.

Thiel, who is often described as a libertarian, holds views that can appear to be contradictory or mysterious. Reporter Max Chafkin, who wrote a biography of Thiel, told Politico in September 2021 that the investor has an authoritarian streak – “a longing” for a “more powerful chief executive.”

Thiel, like Yarvin, has expressed frustration with American democracy. As far back as 2004, Thiel lamented that “America’s constitutional machinery” prevents “any single ambitious person from reconstructing the old Republic.” In 2013, the Silicon Valley entrepreneur invested in Yarvin’s firm, the Tlon Corp., best known for developing a decentralized personal server platform. And according to Yarvin, he and Thiel watched the returns of the 2016 U.S. presidential election together.

During the 2022 election cycle, Thiel has donated more than $10 million to super PACs supporting Vance and Masters, who also serves as the president of the Thiel Foundation.

Vance, who won his primary in June, is perhaps best known for his memoir, “Hillbilly Elegy.” Though Vance once denounced Trump, he has since embraced the former president and now calls for a “De-Ba’athification program” for the civil service – a reference to the purging of Saddam Hussein’s loyalists after the 2003 U.S. invasion of Iraq. He cites Yarvin as a friend and mentor.

Yarvin, meanwhile, has given $5,800, the maximum amount allowed for individual contributions, to Blake Masters’ Senate campaign. Masters, for his part, has echoed one of Yarvin’s maxims – “RAGE,” or “Retire All Government Employees” – on the stump.

To be fair, neither Masters nor Vance has called for the dismantling of U.S. democracy. Yet they espouse a brand of apocalyptic rhetoric that depicts a governing system on its last legs. “Psychopaths,” Masters earnestly explains in one web ad, “are running the country.”

The current order, Vance proclaimed in a podcast interview, will meet its “inevitable collapse.”

“There’s this guy, Curtis Yarvin, who has written about some of these things,” Vance added.

Why might neoreactionary ideas be gaining currency among right-wing candidates and donors?

Trump’s electoral success illustrated the acute dissatisfaction the American far right has had with the establishment wing of the Republican Party.

But more broadly, public trust in government has eroded to the point where only 2 in 10 Americans say they trust the federal government to do the right thing. A Gallup Poll published on July 5, 2022, found that only 7% of Americans had “a great deal” or “quite a lot” of confidence in Congress – the legislative body’s lowest recorded rating in 43 years of polling. A Monmouth University poll released that same day reported that 88% of Americans believe the U.S. is on the wrong track. And in a July 2022 New York Times/Siena College poll, 58% of those polled said the government needs major reforms or a “complete overhaul.”

With confidence in government at historic lows, a window opens for other ideologies to seed the political imagination. Neoreaction is but one of them.