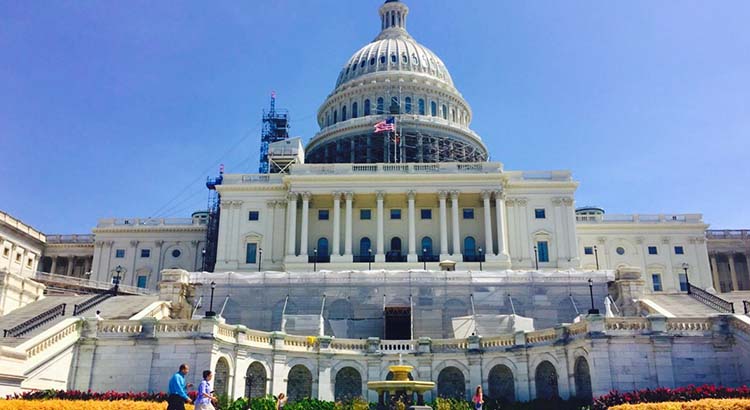 State and local health departments remain in limbo over whether they’ll need to single-handedly fund their own COVID-19 vaccines and treatments as a stalemate in Congress drags into its fourth month.

The Biden administration has raised alarm bells about the risk of inaction after sending Congress a request for $22.5 billion in early March. But U.S. lawmakers have been unable to pass two bipartisan agreements and no negotiations are underway at the moment, even as cases increase nationwide and the potential remains for a big wave of infections this winter.

That has left state and local health departments wondering if they’ll need to try to bid against each other and even compete with other nations to purchase tests, treatments and vaccines —  a costly endeavor that many aren’t sure they could afford.

“If we get to a place where it’s every state for themselves, that’s gonna cause major problems,” said Marcus Plescia, chief medical officer for the Association of State and Territorial Health Officials.

“If you live in New York or California, you’ll have very good access to these things. If you live in a Southern state or a Midwestern state that is less wealthy, then it’s going to be a real problem for those people,” Plescia said.

“And ultimately that has a bearing on all of us, because we are one nation, and we travel around, and we really have to look out for all of the states.”

State and local health departments have put significant financial resources into fighting COVID-19, but so far the federal government has shouldered the cost of free vaccines and therapeutics as well as a now-defunded program to provide health care for uninsured people with the virus. The federal government is also providing free tests.

Eryn Hurley, director of government affairs at the National Association of Counties, said without additional federal funding for safety net health care providers, many of which are county governments, they “would have to absorb the cost of providing these services without any sort of reimbursement mechanism.”

Twenty-six states require counties to provide health care for low-income uninsured or underinsured residents. County governments also own and operate more than 900 public hospitals as well as over 800 long-term-care facilities, she said.

If Congress doesn’t approve funding for COVID-19 services and a state doesn’t purchase supplies, county governments in those 26 states would be required to find the money.

“If there’s no additional appropriations coming from the federal government, counties are going to have to find that somewhere,” Hurley said. “Oftentimes they’re mandated to provide those public health support to their residents, regardless of if they’re insured or uninsured. And so all of those costs are going to be borne by those counties.”

Many of those counties, Hurley said, would have to move money around in their budgets to purchase vaccines, likely upending years of budgeting and planning.

The Biden administration asked Congress for $22.5 billion for COVID-19 tests, treatments and vaccines in early March. But two bipartisan agreements — the first for $15 billion and the second for $10 billion — have not made it to the floor for votes.

The first bill was pulled from a much larger government funding package after several Democrats raised concerns it would have yanked back money Congress previously approved for states to address COVID-19.

The second bipartisan measure stalled after Senate Minority Leader Mitch McConnell, a Kentucky Republican, said the bill could only advance if Democrats agreed to hold an amendment vote on a separate immigration issue known as Title 42.

Negotiations on some sort of COVID-19 package had briefly started anew, though talks have since stalled.

As the stalemate has dragged on, infections throughout the country have steadily increased and Americans traveling for summer vacations will likely exacerbate case counts and hospitalizations.

The seven-day average of cases was around 48,000 in early March when Biden asked lawmakers to provide more funding, but it has increased to more than 109,000, according to the Centers for Disease Control and Prevention.

Hospitalizations averaged 3,700 a day in early March before dropping to a low of 1,200 in April. But those numbers have picked back up to 4,400, according to the CDC.

An end coming for federal help

If Congress can’t reach an agreement in the coming weeks on another round of funding, the federal government is unlikely to continue programs past the fall, according to White House COVID-19 Response Coordinator Ashish Jha.

“I am very confident that whatever happens this summer, we will have enough tools, tests, treatments, vaccines to get us through,” Jha said during a briefing in early June. “As we plan the fall and winter, and look at a variety of different scenarios, that’s where I started getting very, very concerned.”

Jha cautioned that the U.S. government needs funding in the coming weeks if it’s going to restock supplies of tests and treatments as well as get in line to purchase the next generation of COVID-19 vaccines.

Public health officials, he said, are looking at a few different models for how many people might get COVID-19 infections later this year.

“If we run out of treatments, if we don’t have enough diagnostic tests, we could be looking at a more complicated situation,” he added.

The federal government, Jha said, has enough funding to distribute free vaccines for kids under 5, if the U.S. Food and Drug Administration authorizes and Centers for Disease Control and Prevention recommends the shots later this month.

A spokesperson for the Pennsylvania Department of Health said the commonwealth “will continue to look for long-term assistance from the federal government in the months ahead.”

“Pennsylvania relies on the federal government for funding COVID-19 therapeutics, as we do not have any existing programs designed to support the purchase of those treatments,” press secretary Mark O’Neill said in a statement.

“Without federal funding, the purchase and distribution of therapeutics in Pennsylvania would be left to the private healthcare and insurance sectors. Health care providers would likely charge the patient’s insurance or the patient directly for the therapeutics.”

A spokesperson for the Arizona Department of Health Services said the “state’s response doesn’t depend on additional federal funding at this time, and we don’t want to discuss what might happen.”

Plescia, of the Association of State and Territorial Health Officials, said the biggest concern for public health officials is making sure there is an ongoing adequate supply of vaccines and therapeutics.

For the moment, he said, many officials expect Congress to reach some sort of agreement.

“The overall feeling or consensus is that Congress and the administration have a responsibility to sort this out,” Plescia said.

Missouri Republican Sen. Roy Blunt said Tuesday that neither he nor North Carolina GOP Sen. Richard Burr, two key negotiators on coronavirus spending, have heard from the White House in a couple of weeks on COVID-19 funding.

While he supports providing more resources, Blunt said, the Biden administration erred when it asked Congress to provide billions more for COVID-19 while it moved to end Title 42.

That Trump-era public health declaration from the Centers for Disease Control and Prevention allowed border officials to turn away migrants, including asylum seekers, trying to cross the Southwestern border.

“This is a self-inflicted problem that the administration created, and they’re gonna have to figure out a way around it,” Blunt said. “One way around it would have been not to appeal the judge’s decision, but they missed that one.”

When asked what could get negotiators in a room again, DeLauro said: “I would think the moral imperative since we’re running out of product would be good enough, but it doesn’t appear to be.”