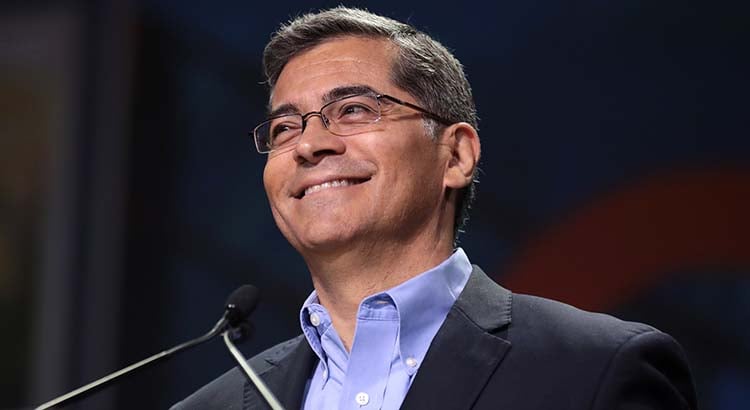 U.S. Health and Human Services Secretary Xavier Becerra pledged Tuesday to work to preserve abortion access in the aftermath of the U.S. Supreme Court’s “despicable” decision overturning Roe v. Wade — though the department’s specific actions will depend on how states seeking to limit abortion access proceed.

Becerra said HHS would enforce federal laws to ensure federally approved abortion pills — which must be obtained by prescription — remain available, and that those accepting federal funds provide abortion services in circumstances laid out under federal policy.

He did not rule out other actions the department may pursue, including providing abortions on federal lands in Republican-led states that ban or greatly limit abortions, or filing suits challenging state laws that ban access to medication abortion.

“We will absolutely protect Americans’ rights to care under federal law,” he said. “What exactly that translates into depends on what a state tries to do …  It’s tough to answer some of these questions more precisely until we know what the states are doing.”

Becerra, in response to a question about when more concrete steps might be announced by the Biden administration, said that officials want to be sure any actions are within the confines of the law.

“We’re not interested in going rogue and doing things just because,” he said. “We want to make sure what we tell Americans is accurate, because we know Americans are hearing a lot of inaccurate information. And so to every American who’s impacted, my apologies that … we can’t tell you there’s a silver bullet.”

Approved abortion pills are key, though, he said. “Medication abortion has been approved by the FDA for years and it’s safe for patients,” said Becerra. “It is the gold standard for care when someone who’s pregnant experiences a miscarriage, which is all too real for many expectant mothers across the country.”

Abortion bans with limited exceptions have gone into effect in nine states, according to the Guttmacher Institute, a reproductive health policy organization.

Missouri, Alabama, Arkansas, Kentucky, Oklahoma, South Dakota and Texas banned abortion at any point in a pregnancy, with limited exceptions. Ohio and South Carolina disallowed the procedure at six weeks, before many pregnancies are detected. Restrictions in additional states are expected in the coming weeks.

Foreshadowed months ago by a draft leaked to Politico, the Supreme Court decision was not a surprise.

“Friday’s Supreme Court decision was despicable, but it was not unpredictable,” Becerra said Tuesday. “HHS has been preparing for this for some time.”

He offered few specifics about how the department planned to act, but did not rule out any path available under federal law.

“There is no magic bullet,” he said. “But if there is something we can do, we will find it and we will do it at HHS. Indeed, that was the instruction I received from the president of the United States.”

Becerra also directed HHS’ Office of Civil Rights to protect the privacy of patients seeking reproductive care and ensure such patients and their doctors are not discriminated against, he said.

The department will also work to ensure states are in compliance with federal law that requires medical providers that receive federal funds to offer abortion care in cases of rape, incest or when the mother’s health is at risk.

Beyond those efforts, Becerra said several times Tuesday that “every option is on the table.”

Asked specifically about a proposal from some liberals in Congress to allow abortion services on federal lands in states where the practice is restricted, Becerra did not dismiss it.

“We are aware of a number of ideas and proposals,” he said. “We have made no decisions yet, and we certainly would have conversations with the president to make sure we implement his directives to us.”

Asked about other ideas, such as providing transportation for women who live in states that ban abortion to another state, such as vouchers, Becerra said, “Once we tell you exactly what we believe we are able to do, have the money to do, we will let you know, but until then, what I can simply say to you is every option is on the table.”