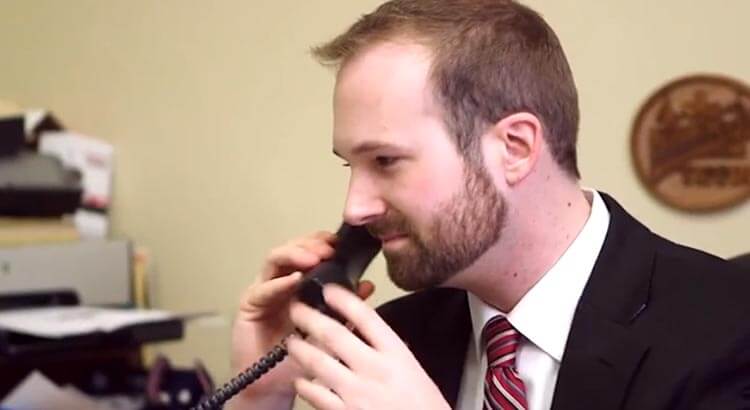 Tiffin, Ohio — The City of Tiffin and Tiffin-Seneca Economic Partnership (TSEP) announced Friday that Aaron Montz has been named the new President and CEO of TSEP.

Montz, who is currently serving in his third term as mayor of Tiffin, will officially begin as President and CEO of TSEP on July 5.

The youngest mayor to be elected in Tiffin’s history, Montz took office in January 2012 at the age of 26. Prior to being mayor, he worked in the private sector running retail stores and had served on Tiffin City Council since 2007.

“I am so grateful for my time with the City of Tiffin, a community I love and have loved leading for these past 10 years,” Montz said. “I am choosing to leave now because the timing feels perfect the foundation has been set for the next mayor to be successful. I’m proud to say that today the City is in one of its best ever financial positions and we have an incredibly strong team at City Hall that I trust to continue our forward progress.”

“It is certainly bittersweet, but I felt this opportunity at TSEP will allow me to contribute to my hometown in a new way, and couldn’t resist the challenge of helping to guide economic development for the future.”

Montz replaces David Zak who led the organization before taking a leadership position with Crawford Partnership for Education and Economic Development in May. TSEP Board of Trustees put a Search Committee together which reviewed more than 30 applications following a national search.

Lillian Schumacher, Chair of the TSEP Board of Trustees and President of Tiffin University, said she is excited that TSEP has selected Montz to lead the organization.

“I have had the privilege of working with Aaron on many projects, both in my capacity at TSEP and at Tiffin University, and I wish him the best in this new role as he helps chart the course for the future of our community,” Schumacher said.

“Aaron has been instrumental in the spirit of collaboration that has led to our success here in Seneca County. I think he will do great things at TSEP and look forward to working together in this capacity,” Kerschner said.

Site Selection magazine has ranked the Tiffin-Seneca County micropolitan in the top 20 percent nationally in economic development for 11 straight years, and for five of the past six years, it has ranked among the top 10 of the 581 micropolitans in the United States. Since 2014, companies have invested half a billion dollars and created 2,800 new jobs here, and in 2021, the organization won the Ohio Economic Development Association award for Innovation in Economic Development for its small business relief grant program.