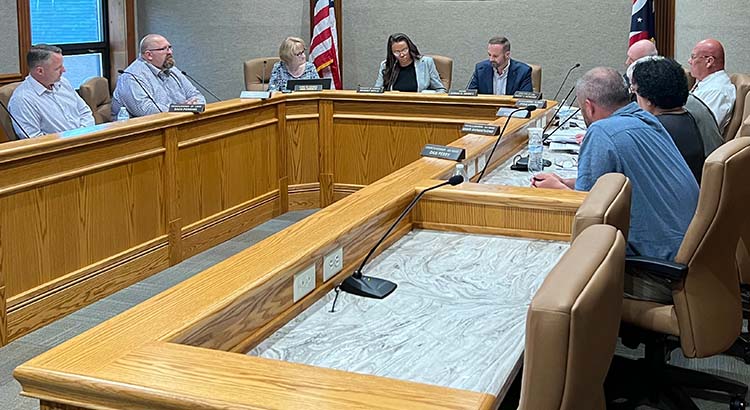 Tiffin, Ohio — With the resignation of Mayor Aaron Montz effective July 5, Tiffin City Council will begin the process of selecting a replacement.

Montz, whose term expires at the end of 2023, recently announced he is resigning to lead Tiffin-Seneca Economic Partnership as the next President and CEO.

According to the city of Tiffin’s charter, the council president is to step in as acting mayor following the vacancy for up to 30 days, and may choose to fill the mayor role through the remainder of the term. During a city council meeting Monday, Council President Bridget Boyle expressed to council that she intends to serve only until council appoints the next mayor.

“Like many of you, the news that Mayor Montz would be stepping down for a new position was a shock. I’m thrilled to see what he can do at TSEP, and for him personally, but I also know that we as city council have a big job ahead of us to make sure the next person to fill that role can step up to the task,” Boyle said. “Today, I am formally letting council know that while I will be accepting the acting mayor’s role beginning July 5, I will not be filling the remainder of Mayor Montz’s term.” 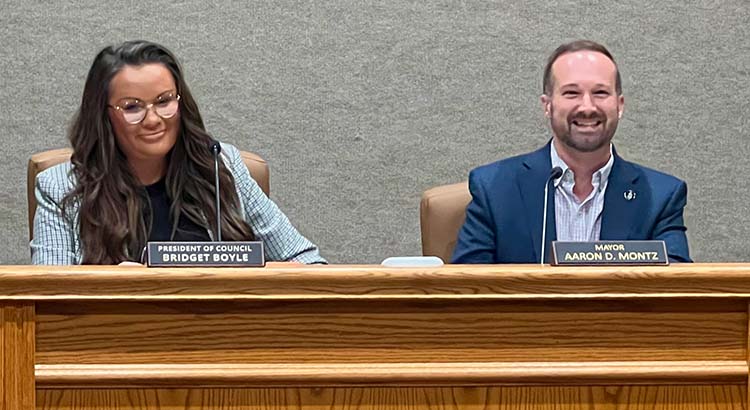 “It is my privilege to serve in the role of council president, and I intend to continue to do so after council appoints a new mayor. Since graduating from Tiffin University and making Tiffin my home, I knew that I wanted to be involved and do great things in this community. But this is not the right time for me to lead the city, and I know that we as city council can find the right person to fully commit to this role,” Boyle added.

By charter, city council will have 30 days following the vacancy to elect a new mayor or it will be up to the Common Pleas Court Judge to choose. Council may choose any qualified elector living in the City of Tiffin, and that person will need a simple majority vote of council.

From now until 4:30 p.m. June 27, voters registered in the city of Tiffin may submit their self-nominations with a cover letter and resume to Tiffin City Council for the remainder of the term, to end Dec. 31, 2023, by email to [email protected] or may deliver physical copies of resume and cover letters at Tiffin City Hall, 51 E. Market St.

The youngest mayor to be elected in Tiffin’s history, Montz took office in January 2012 at the age of 26. Prior to being mayor, he worked in the private sector running retail stores and had served on Tiffin City Council since 2007.

Also during the council meeting Monday, a moment of silence was held for Firefighter/Paramedic Sean Tyler, who served from 2007-2019, and retired Fire Chief Thomas Huss, who served from 1962-1995, and was chief from 1977 until his retirement.