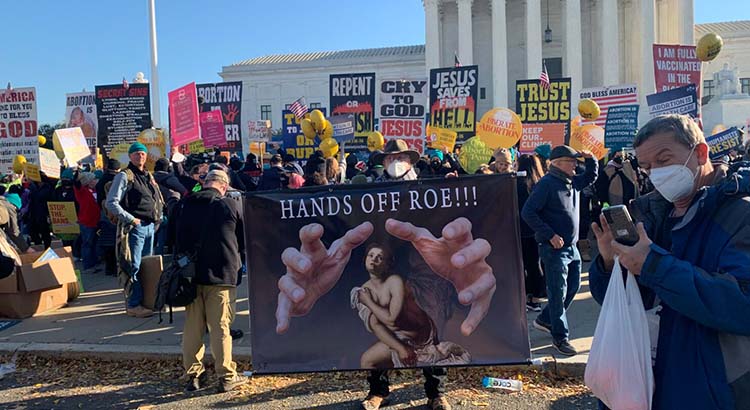 Two Ohio Department of Health employees lost their jobs after the publication of a newsletter with notice of a training program for a drug used in medical abortions. One was fired, another resigned.

Jessica Warner, who worked in the sexually transmitted infections unit of the Bureau of Infectious Diseases, authored the department’s STI prevention training newsletter each month. It went out to clinical care providers and local health departments that focus on STIs and HIV in Ohio.

In the May edition of the newsletter, Warner included an item about looming deadlines for a program through the University of Chicago that trains clinics on providing mifepristone. The drug is usually prescribed for women who experience a miscarriage or seek to induce an abortion within 10 weeks of gestation.

The mifepristone reference in the newsletter spans about 20 words in length and occurs halfway through.

“The Mifepristone item in the newsletter is in direct conflict with the agency’s mission and is an embarrassment to ODH,” reads a human resources report on Warner’s firing, which Warner provided to the Ohio Capital Journal.

Warner was fired Friday. Her supervisor, Karen Nicosia, received a five-day suspension, according to ODH. Nicosia’s supervisor, Laurie Rickert, resigned effective as of Friday. Both Nicosia and Rickert could not be reached for comment.

HR investigators asked Warner if she knew that her “advocacy” on mifepristone is not supported by the agency, according to a memorandum of their findings that Warner provided. They wrote that she’s aware of ODH’s “posture” on abortion issues. They asked if she believed the topic of abortions was contrary to ODH’s mission. 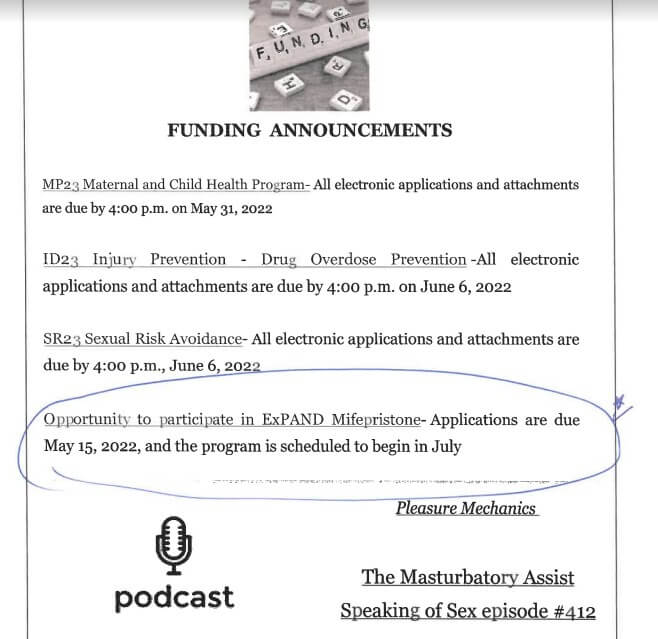 Screenshot of HR documentation provided by Jessica Warner. Investigators circled the newsletter item that sparked her ouster from ODH.

While ODH’s memorandum on Warner’s conduct describes ODH’s anti-abortion stance, few outside the department were aware it exists. For instance, the two bipartisan leaders of the House Health Committee said they didn’t know ODH had a formal position on abortion. Lobbyists for both Planned Parenthood, which supports abortion, and Ohio Right to Life, which does not, said in interviews they were unaware as well.

The department is ran by an appointee of Gov. Mike DeWine, who in 2019 signed one of the most restrictive abortion laws in the nation.

Warner, an ODH employee since June 2019, sent her last newsletter out at 9:24 a.m. on May 6. Eleven minutes later, Nicosia texted Rickert warning that the newsletter included a mention about a “funding opportunity to expand access to abortion medications.” Rickert, who was on jury duty, couldn’t respond until 10:45 a.m. Warner, at Nicosia’s behest, sent out a “corrected” version without the “abortion-related content” at 11:34 a.m.

While the mifepristone item drives much of the HR investigation’s focus, the report also lays out elements of various editions of the newsletters that ODH took umbrage with.

The mifepristone bit overshadowed a grim snapshot of STIs in Ohio noted in Warner’s newsletter. Syphilis, it states, is rising across Ohio in adults and newborn babies of infected mothers. Total syphilis cases increased 46% over a three-year period, and congenital (spreading to a fetus) cases increased from 19 in 2019 to 48 in 2021 — a 152% leap.

During the interview, Warner noted she knew that ODH couldn’t work with Planned Parenthood or award it any grants. The investigators asked if she knew why.

The technical answer: In 2016, Gov. John Kasich signed a GOP-backed law requiring ODH to ensure that its various programs to combat diseases like HIV or cervical cancer didn’t award grants to organizations that perform or promote “nontherapeutic” abortions. The law was upheld in 2019 by a federal appellate court in a challenge brought by Planned Parenthood of Greater Ohio, which provides abortions along with many other services like cervical cancer screenings and HIV testing.

Warner, however, answered that it’s because politicians’ “ignorance and opinions get in the way of providing access to necessary health care to Ohioans.”

Investigators later said Warner “displayed contempt and disrespect to elected leaders” in response to her questioning.

ODH did not respond to a list of specific questions for this article. Ken Gordon, a department spokesman, said the department generally doesn’t comment on personnel matters. However, he said ODH “disagrees with the characterization of why the employee was terminated.” He declined to answer follow-up questions.

“As to the issue of abortion, the department follows applicable laws, including Ohio Revised Code 3701.034, which prohibits the use of funding to promote nontherapeutic abortion,” he said.

Warner’s firing occurred amid a fever pitch of the fight over abortion access in America. The newsletter itself came out three days after the news outlet Politico obtained a leaked, draft version of a Supreme Court decision that reportedly had the votes to overturn Roe v. Wade. She was fired in late June. The Supreme Court is expected to issue its final opinion in the case by month’s end.

Nicosia noted the timing in her interview with ODH and accused Warner of being an advocate. Warner said she was doing her job as a public health worker.