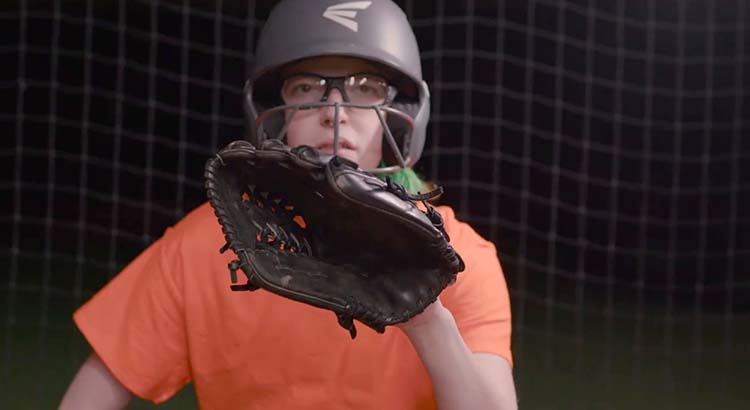 Ember had only just made varsity when she learned about the state legislation that would block her from playing softball.

To say she made varsity is something of a stretch. Her northeast Ohio high school team is short on players. It has no junior varsity counterpart. There aren’t even enough athletes to keep up a summer team. Ember, 17, plays as an outfielder and catcher.

She said her team treats her just like any other player. The other teams probably have no idea she’s trans, she figures. She’s a reserve player who only picked up the sport as a sophomore.

Around the time she learned how to properly swing a bat, Republican state lawmakers in Ohio joined a national wave of introducing legislation banning transgender girls from playing girls’ sports. Eighteen states, all under Republican control, have signed them into law in just over two years.

“I had just started playing. It was scary. I just got onto a team,” Ember, who asked that her last name and hometown not be shared, said in an interview.

“I just finally made it to the point where I’m allowed to play – where the state agrees, you are not advantaged in any way, and you are a girl. And then, all of a sudden, it was like a full 180.”

Currently, the Ohio High School Sports Athletic Association sets the policy for transgender athletes. Ember, per the policy, had to demonstrate that she had undergone at least one year of hormone treatment related to her gender transition, which she started during her first year of high school. She also provided information about her height and weight for comparison with other girls her age to show she doesn’t bear any physical advantage.

Both Ember and her mom, Minna, described the OHSAA policy as onerous but reasonable. It’s a lot of paperwork and bloodwork that must be renewed every year. It can be frustrating and stressful, but they said OHSAA staff treat Ember well and seem only interested in keeping sports fair.

In their final legislative session earlier this month before primary elections, Ohio House Republicans slipped an amendment into an unrelated bill that prohibits transgender females (male to female) from participating in interscholastic, women’s sports. This marked the second time in a year they added a transgender athlete ban into unrelated legislation and passed it. The bill’s sponsors insist they’re not attacking trans people and only trying to “preserve the integrity” of women’s sports from a “disadvantage that threatens their athletic achievement.”

Ember doesn’t buy either part of the argument. If the lawmakers aren’t attacking trans kids, why are they also sponsoring bills to outlaw health care treatments for trans kids? And why do they only care about women’s sports when a trans woman succeeds?

“I’m not some big, strong, six-foot guy pretending to be a girl here, and taking over softball teams and winning championships,” Ember said. “Like, I barely even get to play because I’m not great.”

Trans athletes could still play in leagues for athletes of the sex they were assigned at birth under the proposed law. If a female athlete’s sex is “disputed,” the athlete must “establish” her sex via a physician’s statement based on an examination of her genitals; her “endogenously produced levels of testosterone;” and an “analysis of her genetic makeup.”

During the 2021-2022 school year, the OHSAA issued six rulings for transgender female participation — one at the high school level and five at the middle school level, according to a league spokeswoman.

Thus, in a state of 11.8 million people, House Bill 151 would have the immediate effect of blocking the small cohort of one high schooler and five middle school students from playing sports. More broadly, the bill’s critics — including Ember her mother — say the legislation is a naked attack on transgender people and a plain message that they aren’t welcome in Ohio.

“The biggest thing is, these are children,” Ember said of herself and the four middle schoolers. “These are not Olympic athletes. They’re not here to win, they’re here to just enjoy having the community and having the friendship and the sport itself. We’re children. We’re not trying to takeover anything. We’re just trying to have fun.”

Support for banning trans children from sports runs deep in the House Republican caucus. When the ban passed the first time in June 2021, only one of 58 Republicans present voted no — the lone defection came from Rick Carfagna, who has since left the House to work as a lobbyist. In a vote on the same bill in June 2022, Rep. Brett Hudson Hillyer was the only House Republican to vote no (he didn’t respond to a text message asking why).

Shortly before the trans sports bill passed, lawmakers held their fourth hearing on House Bill 454. The semi-related bill would prohibit doctors from providing any “gender transition procedures” to minors — a broadly defined term referring to doctor visits, puberty blockers and other prescription drugs, hormones, and other care. The legislation also prohibits mental health care providers from referring patients to any doctor for those procedures. It blocks the use of Medicaid to pay for gender transition care, and even stops private insurers from paying for the care as well.

Ember sat in on the hearing Tuesday — her mom let her reschedule her Government final exam so she could attend. The day was scheduled for opponent testimony, in which critics of a bill raise concerns and suggest changes to lawmakers.

A pediatrician, a child and adolescent psychiatrist, and two lobbyists with the Ohio Children’s Hospital Association spoke first, urging lawmakers against the legislation. Dr. David Axelson, of Nationwide Children’s Hospital, said the legislation runs the risk of depriving children of mental health care that they critically need. It inserts the government into family health care decisions and violates the standards of care for transgender people established by treating physicians, he said.

Here’s Ohio Rep. Gary Click claiming, about Nationwide Children’s Hospital: “It only takes 3-5 clicks to get from your gender-affirmation webpage to hardcore pornography”

From the public seats, Ember said she tried her best not to cackle at Click’s remark. She asked her mom if the lawmaker was being serious with the question.

Minna, Ember’s mother, was livid. She described the question as atrocious.

Ember is pessimistic about the fate of the legislation and her future in Ohio. She said she’s not sensing any resistance to the anti-trans bills anywhere from Ohio Republicans, who firmly control the House and Senate.

A rising senior who turns 18 this summer, she wants to play softball in college in some capacity. But she said she can’t do that if the trans sports ban passes, so she’s looking out-of-state.

This could cost her a winning ticket. Ember won Ohio’s Vax-2-School lottery, a federally funded lottery incentive for school-aged children to get vaccinated against COVID-19. She’s one of 150 young Ohioans to win a $10,000 scholarship toward the in-state college or university of her choice.

If the trans sports ban passes, Ember said she’s leaving the state for college; this would likely mean giving the scholarship to her brother.

Even if the bills don’t pass, Ember said their message is clear. That trans kids are “subhuman.” Her mom agreed.

“Even if none of these bills pass, the very fact that these have been introduced — not just introduced but actually discussed and brought up repeatedly and thoroughly considered — sends the message that transgender and even LGBTQ people are not welcome here,” Minna said. “We don’t like you. We don’t want you. Go away.”

The legislature is scheduled to reconvene after the November general elections, which are expected to be favorable to Republicans. The period is known as a “lame duck” session, as it’s filled with members who lost election or are stepping away from office. The dynamic can shift the politics on any issue one way or another. Senate President Matt Huffman, R-Lima, told Cleveland.com that the Senate will likely take up the trans sports bill.

Ember — between media appearances, advocacy, and meeting with officials — said she’s exhausted. She turns 18 next month, and never wanted to be in the middle of a culture war until then. But sports did a lot for her, she said, and lawmakers’ actions could mean younger trans girls might not get the chance.

“I just want to be able to play softball. I’d much prefer if that were just the case and there wasn’t a fight,” she said. “I don’t want to be part of this. I’m just here because all I can think about are the younger kids under me that won’t have a sport.”