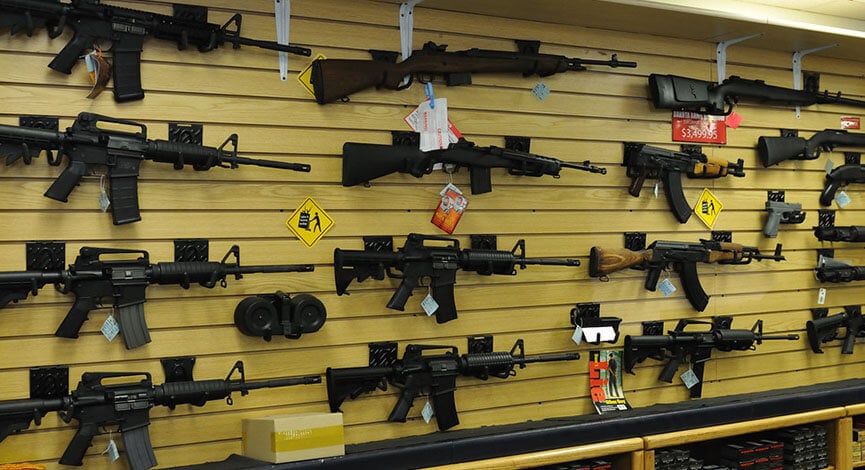 Responding to a spate of gun violence in American schools and communities, Ohio Republicans have offered a two-pronged approach: guns and money.

Last week, Republican state lawmakers passed legislation that will allow local boards of education to allow teachers to carry a firearm. Up to 24 hours of training must be required, but a board can demand more of its teachers. Should a board opt in, it would need to disclose to parents that one or more school workers are armed.

Additionally, lawmakers appropriated $105 million within a broader spending package targeted toward preventing school shootings. Of that, $100 million goes for grants of up to $100,000 per K-12 school building for security measures; $5 million goes for security at college campuses; and another $12 million over two years goes toward a bureaucratic body created as part of the legislation to allow teachers to carry arms.

Both bills are en route to GOP Gov. Mike DeWine, who has indicated he plans to sign them.

Democrats, who hold little power in the state House or Senate, argued neither idea takes meaningful steps toward limiting access of military grade weapons to would-be shooters. In some of the most recent shootings, the perpetrators have purchased weapons lawfully in the immediate buildup to the slaughters.

Republicans have dismissed various Democratic ideas — expanded background checks, red flag laws, and bans or age restrictions on rifle purchases — alleging they violate the Second Amendment to the U.S. Constitution and only restrict law abiding gun owners as opposed to mass murderers. One Republican state senator characterized the armed teachers proposal as the most important legislation of his career to stop school shootings.

The debate comes at a fever pitch for gun violence in Ohio and America. For instance:

Rep. Thomas Hall, R-Madison Twp., represents a district home to a 2016 school shooting in which a 16-year-old stole a gun belonging to his great grandmother and nonfatally shot four students. Hall’s father, a school resource officer, responded to the shooting.

Hall said the legislation isn’t about whether guns belong in schools; it’s about giving local school boards the ability to make that choice for themselves.

If signed, Ohio would become the 19th state to allow school workers to carry who receive permission from school authorities. Among those states are Texas, home to Uvalde, where a teenager lawfully purchased two rifles that he used in a May 24 massacre that killed 19 students and two teachers.

Texas adopted its law allowing for armed teachers in 2013, and it’s rarely invoked. To become a “marshal,” teachers can complete an 80-hour training course and pass a psychological exam to keep a firearm in a lockbox on school grounds, according to the Texas Tribune. There are only 256 marshals in the state with a population of nearly 29 million. Some 280 school districts use the lesser regulated “guardian” program, which allows school workers to carry concealed weapons after obtaining a handgun license and completing 15 to 20 hours of training. The low opt-in likely reflects teachers’ broad (but not monolithic) opposition to carrying weapons in the classroom, as detected in multiple polls and surveys.

James Price, a professor emeritus of public health at the University of Toledo, has studied school shootings for years. He said research shows that even seasoned police officers deploy poor marksmanship in the heat of a shootout. Teachers who undergo much less robust firearms training, he said, are unlikely to fare better — and might need to shoot in a room full of children. Meta-analyses both from Price in a journal of public health along with the RAND Corporation failed to find evidence that arming teachers will meaningfully protect against school shootings.

“I think there’s very little evidence that getting school personnel carrying guns is going to in any way have a positive orientation to reducing violence in schools,” Price said.

He added that a lack of armed responders doesn’t seem to be the problem. Police in Uvalde were on hand but failed to engage with the shooter. At Marjorie Stoneman Douglas High School in Parkland, Florida (17 dead, 17 injured), a sheriff’s deputy at the school is accused of hiding out during the shootout. Columbine High School had a guard on duty as well during its 1999 shooting (15 dead, 21 injured).

The legislature also spent $100 million — part of the state’s billions in funding from the federal American Rescue Plan Act — to fund grants of up to $100,000 per school building for “physical security enhancement, equipment, or inspection and screening equipment to improve the overall physical security and safety of their buildings.”

The money is largely a successor to a previous $5 million state grant for school improvements. JC Benton, a spokesman for the Ohio Facilities Construction Commission that jointly administers the program, said projects include increased lighting areas in parking lots, additional security cameras, additional signage to streamline emergency responses, and an easier to use school badge identification system.

He said the department is still weighing how to use the $100 million but said he expects it will fund similar projects, including some that did not receive funding for the initial program. Jay Carey, a spokesman with the Ohio Department of Public Safety, offered more detail.

“This may include things like radios for communication with first responders, access control devices for doors, upgraded public address systems, video surveillance equipment for external doors, and even ballistic film for windows,” he said. “Schools will be required to have a security and vulnerability assessment conducted by law enforcement, former military, or security professionals that will help them determine their security needs. These assessments highlight areas for improvement that also include policy and procedure updates and no cost security measures.”

Additionally, the armed teachers legislation provides for $6 million each in 2022 and 2023 to create an “Ohio Mobile Training Team.” That team is responsible for helping schools create emergency management plans, security protocols, communication lines with various layers of law enforcement, offering “tactical emergency medical services training,” developing a curriculum and providing firearms training, and others, according to analysis from the Legislative Service Commission.

Price said the money might help some, but there’s no real evidence to suggest that “hardening” schools will do much.

“You can’t say it’s a total waste, but it certainly is not a solution. Or the solution,” he said.

Rep. Brigid Kelly, a House Democrat, agreed. She characterized the money as dancing around the edges of a gun violence problem without addressing the core issue — ease of access to firearms. Rep. Jessica Miranda, another House Democrat and co-sponsor with Kelly on a safe storage bill, made similar remarks.

“It’s a joke. That is an actual joke for anyone to think $100 million is going to do something to curb the huge amounts of gun violence in our classrooms and in our communities,” she said. 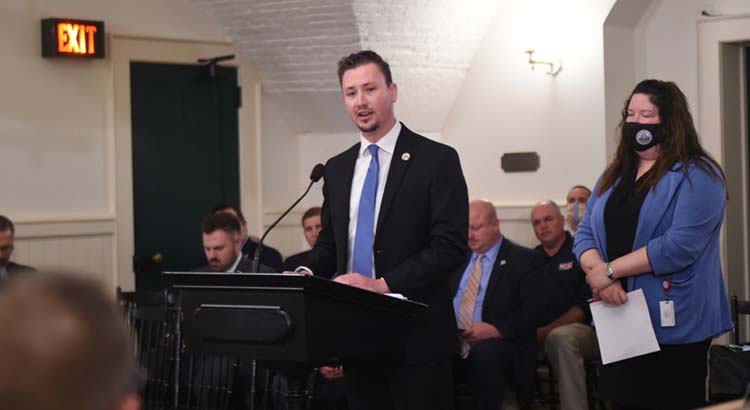 According to Price, the single best policy change to protect children from gun violence would be what he calls a “CAP law” — short for child access and prevention. They vary in scope and strictness, but they’re generally state laws that impose criminal or civil liability unto gun owners if children manage to obtain their improperly stored firearms.

Studies show that between 70% and 90% of guns used in youth suicides, unintentional shootings among children, and school shootings perpetrated by shooters under the age of 18 are acquired from the home or the homes of relatives or friends, according to the Giffords Law Center to Prevent Gun Violence. Thirty-two states have CAP laws on the books.

Between 2010 and 2019, Ohio was one of seven states that experienced increases of youth firearm death rates by 70% or more. As Price (an author on that study) noted, four of those states including Ohio have no CAP law. Two of them have weak CAP laws. Other research in the Journal of American Medicine that studies 26 years of firearms mortality data of children found that CAP laws were associated with statistically significant reductions in pediatric gun deaths.

He said the laws are effective and can sidestep some of the Second Amendment concerns that are invoked by heavier handed policy attempts to limit gun violence.

Kelly introduced House Bill 262, which prohibits gun owners from leaving a firearm anywhere that he knows “or reasonably should know” that a minor can gain access to it. That gunowner can face a range of criminal penalties if he fails to use a gun safe or other safety device, and a minor gains access to or uses the gun. The legislation would also establish a tax credit of up to 20% of the purchase price of a firearms safety storage unit, worth a maximum of $400 per year.

The legislation was introduced in April and was up for an introductory hearing earlier this month. The General Assembly has recessed for the summer, and the bill’s odds for passage are long in the upcoming lame duck session after the November elections.

Over the past 10 years, there have been a handful of gun incidents at Ohio schools. They include: