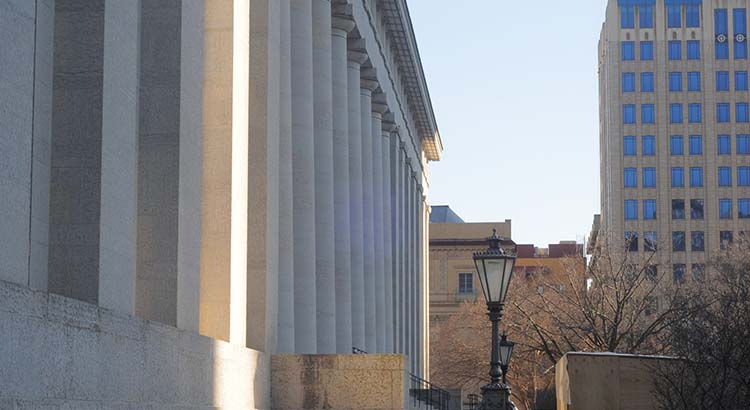 In fact, over the course of four hours of testimony Tuesday, while dozens of people told lawmakers they do not want this, only two said they did, and one of those two is the CEO of a tactical training business owned by the chairman of the Ohio Senate committee that pushed the bill forward, state Sen. Frank Hoagland.

In a 2019 national survey of 2,926 teachers, more than 95% indicated they don’t believe teachers should carry a gun in the classroom. Even among the 16% of respondents who were gun owners, only 11.5% of them said being armed while teaching should be a part of teacher’s duties.

The gun bill is being rammed through the legislature so carelessly and thoughtlessly that there is significant confusion over what the minimal requirements will be for people who wish to carry loaded weapons around little kids in schools. The bill doesn’t bother to mention any storage requirements for the weapons.

A December 2021 report from the Giffords Law Center found nearly 100 cases of mishandled firearms in American schools over the previous five years, including a “teacher’s loaded gun falling from his waistband during a cartwheel.”

Such a strange, dystopian society we live in, where our elected “leaders” will get all lathered into excitement over the idea of Rambo Ms. Frizzle in bandoliers unloading her Glock in a school building after a few hours of ill-defined training, but they won’t pass universal background checks or mental health restrictions that 80-90% of people want.

Instead, Ohio politicians have relentlessly loosened gun laws for 20 years, and gun violence in Ohio has kept going up.

In 2020, firearms became the leading cause of death for American children and teenagers. Guns are now the number one cause of traumatic death in the United States, exceeding the 38,824 traffic fatalities in 2020 by 16%.

The National Bureau of Economic Researchers found states experienced about a 14% higher rate of violent crime after adopting a new concealed carry permitting system similar to Ohio’s current one that goes into effect in a few weeks.

So why are Ohio politicians ignoring the will of the people and pushing through extreme laws they’re being warned against by both police and teachers?

Maybe it has something to do with the $580,000 the gun lobby in Ohio has given to these politicians since 2010.

What it definitely has something to do with is gerrymandering.

Rigged Statehouse districts that rip away power from independent and general election voters so only partisan primaries matter have radicalized politicians and political discourse in America.

As each new gerrymandered Ohio General Assembly takes office, they have pro-gun, anti-abortion, culture war promises to extremist groups to fulfill, and the only way to fulfill those promises is to create laws more extreme than the already extreme laws passed by the previous General Assembly.

Late Wednesday evening, the Ohio House amended a trans sports ban into another bill and passed it. Only one transgender high school athlete is currently registered in Ohio with the state high school athletic association. The association already has a policy in place and opposed the bill as unnecessary.

Nevertheless, one transgender high school athlete in Ohio — one person out of roughly 400,000 young athletes — is being targeted and bullied out of high school sports by the Ohio General Assembly. The state legislature used its power to bully one child on the first day of Pride month.

This is how gerrymandering radicalizes politics, incentivizes corruption, kills compromise, and disintegrates democracy.

But two federal judges have now given the green light for Ohio Republican politicians to force voters to participate in elections for Statehouse districts that have twice been declared invalid unconstitutional gerrymanders by a bipartisan Ohio Supreme Court.

What a sad, insane position they are putting all Ohioans in: The only way to use the tools of what’s left of our democratic republic is to not just participate, but participate robustly, by voting — but having to do so knowing the districts have been unconstitutionally rigged by partisan gerrymandering.

This is what the world classifies as a failing democracy — and close to failed.

As much as this is a legal problem, it’s a problem of character. It’s a problem of ethics. It’s a problem revolving around the startling fact that the most powerful elected politicians in Ohio are morally bankrupt. They are willing to break their promises to the voters and their oaths to the Ohio Constitution for nothing more than their own political and personal self-interest.

For the sake of their own ill-gotten, unearned, outsized power, they’ve spit in the face of voters, disgraced themselves, debased the Ohio Constitution and the rule of law, mocked the authority of the state’s highest court, and made a farce out of Ohio’s elections.

This is the insidious politics of nihilism that grows popular as societies grow decadent.

Their creed is an old and ugly one: “The strong do what they will, and the weak suffer what they must.”

In order to behave in such an amoral way, especially while doing the people’s business, one must become skilled at lying to oneself.

It puts me in mind of an important observation from Dostoyevsky:

“A man who lies to himself and believes his own lies becomes unable to recognize truth, either in himself or anyone else, and he ends up losing respect for himself and for others. When he has no respect for anyone, he can no longer love, and yields to his impulses.”