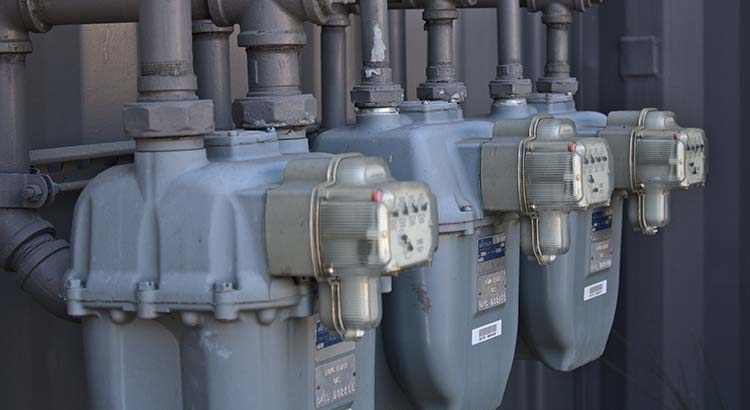 Those charges could be spread between customers of Columbia Gas, AES Ohio, Duke Energy, and Aqua Ohio. The utilities, all investor-owned, are collectively asking for another $400 million in annual charges.

Any base rate increases require the approval of the Public Utilities Commission of Ohio, which is headed by five commissioners chosen by the governor for five-year terms. The PUCO’s staff review the companies’ requests and pose recommendations to the commissioners, who decide what the utilities can ultimately charge their customers.

The utilities’ requests come in an inflationary period — consumer prices are up 8.6% over the year ending May 2022 and unleaded gas costs just below $5 per gallon. Last week, the head of the U.S. Federal Reserve said a recession is a possibility.

“It is bad timing for utilities to be seeking rate increases at the PUCO, with consumers already hurting from soaring energy prices and inflation,” said Bruce Weston, executive director of the Ohio Consumers’ Counsel, a state agency that represents residential ratepayers in PUCO cases.

“Ohio should lead with its heart and keep Ohioans connected to their utility services.”

They also come at a turbulent time for the commission. Its former chairman resigned in 2020 after FBI agents were seen raiding his home. Last summer, the utility FirstEnergy Corp. alleged in court documents that it paid him a $4.3 million bribe for regulatory favors. He has denied wrongdoing and has not been charged. The U.S. Department of Justice twice subpoenaed the PUCO last year for records related to the case.

Thus far, the PUCO staff has recommended granting slimmed-down versions of rate hike requests from Columbia Gas, Duke and Aqua Ohio. The AES case awaits a key ruling from a PUCO judge. None of the four has reached a final decision.

Columbia Gas asked the PUCO to allow a $221 million annual rate increase for its natural gas distribution service. This would take the form of a fixed fee increase, up from $16.75 per month to $46.31. According to analysis from the Ohio Consumers’ Counsel, that could increase to an $80 fixed cost per month in five years.

PUCO staff identified some evidence of the company padding its costs in their report. When PUCO staff reviewed Columbia’s cost data provided by the utility to justify the hike, they found the company included $304,000 in costs for a workout facility and locker rooms at its downtown headquarters. The report also found an instance where the Columbia acquired five “thermal cameras” for COVID-19 temperature checks, each at a cost of $14,995. PUCO staff called the spending “significantly excessive” compared to a handheld thermometer.

The PUCO staff recommended the commissioners approve a more modest base distribution revenue increase of between $35 million and $58 million per year. The OCC urged the PUCO to go even lower, proposing a $9.8 million increase.

The proposed increase was the subject of a handful of sparsely attended public hearings last month. Evidentiary hearings start next month. They’ll be followed by a round of briefings before a final decision, according to a PUCO spokesman.

NiSource, the utility’s parent company, made $431 million in profits in the first quarter of 2021. Last year, it paid its CEO $6.6 million, and paid its shareholders $345 million in dividends.

Company spokesman Eric Hardgrove declined to answer specific questions about the gym or the thermometers.

“Columbia is committed to our customers and the communities we proudly serve,” he said. “To continue to provide safe, affordable and reliable natural gas service, we must continue to invest in our system to upgrade aging infrastructure, just as investments are made in bridges, roads and other infrastructure in our cities, towns and communities. In addition, Columbia offers a wide variety of energy assistance, energy efficiency, payment plans, and PIPP to help customers afford their utility bills.”

Duke Energy, which services 700,000 customers around Cincinnati, proposed raising both its electric rates and its gas rates. (It has comparatively few gas customers).

On the electric side, the company requested a 10% base distribution revenue increase, which comes out to about $55 million per year.

According to the OCC, this means a typical residential customer will see a monthly base distribution charge increase from about $37 to $49, costing roughly $144 per year.

On the gas side, Duke also filed a pre-application with the PUCO to raise its natural gas rates. However, this is in its early procedural stages and wouldn’t take effect until at least 2023.

For electric costs, the PUCO is holding public hearings next month before an evidentiary hearing, which could take a week or so. Then comes a round of court filings and a commission decision. A PUCO spokesman guessed a decision could come mid-fall at the earliest.

The utility’s parent company made $820 million in profit in the first quarter of 2022 after netting about $3.6 billion last year. It paid its shareholders $3.1 billion in dividends in 2021 and paid its CEO $16.4 million in salary.

Company spokeswoman Sally Thelen said Duke is making smart investments to provide “safer and more reliable and secure” energy to customers while “diligently lowering operation and maintenance” costs. She said Duke is allowed to earn a fair return on its investments.

“We know how vital electricity is to our customers, communities and region, and that energy is a significant monthly expense for our customers,” she said. “We also know that higher bills are never embraced. That’s why we continue to work hard to keep our costs down. We remain committed to helping our customers who may be experiencing financial hardship and struggling to pay their everyday expenses and energy bills. Duke Energy continues to support its customers, and connect them with available assistance and offer tools and programs – including flexible payment plans – to help manage their energy bills.”

AES Ohio — formerly known as Dayton Power and Light, which serves 527,000 western Ohio customers — asked for a 49% base distribution revenue increase worth about $121 million per year.

According to the OCC, this would raise an average customer’s bill by about $13.42 per month.

The utility’s parent company, AES, has faltered compared to its peer companies, reporting a $409 million net loss in 2021, as it paid its CEO $14 million in salary. Addressing the PUCO, AES Ohio’s CEO testified to the company’s “very fragile” financial condition, according to the Dayton Daily News.

In July 2021, the PUCO staff initially recommended a rate increase to boost AES’ base distribution revenues by at least $61 million. However, staff have since sided with arguments raised by the OCC and said the company’s 2009 agreement with the commission blocks the company from raising its rates.

The question was put before a PUCO judge at a hearing last month. Jeff Sharkey, an attorney representing AES Ohio, made several arguments against the existence of a rate freeze, including that state law doesn’t give the PUCO the power to order one in the first place. He said the utility has already struggled with reliability. A failure to increase its revenue could harm its credit rating, which threatens the company’s service.

“A rate freeze would be very bad for customers,” he said, according to a transcript of the hearing.

“It would be damaging to the company’s credit ratings and make it difficult, if not impossible, for the company to provide reliable service.”

“Since our last distribution rate case in 2015, the updated distribution base rates would allow us to recover for investments required and are already completed as a result of the devastating 2019 Memorial Day tornadoes,” she said. “It also allows us to continue performing important activities, such as enhanced tree trimming to reduce the likelihood and length of outages. Over the years, AES Ohio has taken the necessary steps to keep rates reasonable through efficient distribution operations to meet the growing needs of our customers. Today and with the proposed increase we continue to have with the lowest distribution rates of the investor-owned electric utilities in Ohio.”

The application is still pending review.

An unopposed settlement agreement was filed this month by all parties to the case. That settlement awaits approval from the commission. It calls for a rate hike, though less than the company originally requested. It also calls on the company to fund a $20,000 account annually via its shareholders as a bill-pay assistance program for low income customers, and to start disclosing the number of residential service disconnections per year.

“Aqua has invested more than $147 million in water since our last rate case,” he said. “That investment is important to ensure safe and reliable services as well as regulatory and environmental compliance. Our rate case is an attempt to recover a portion of that investment.”