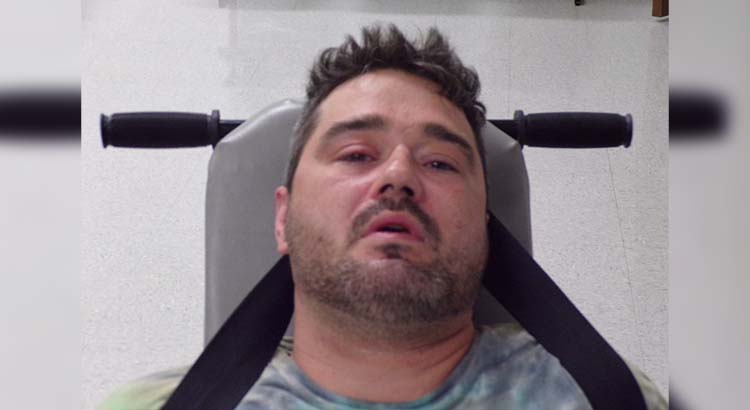 Bellevue, Ohio — A Clyde man was arrested Saturday evening after firing an AR-15 at deputies during a nearly six-hour standoff.

The caller stated that a 36-year-old male had an altercation with his father, which caused several family members to leave the residence and lock themselves inside a pole barn on the property.

When deputies arrived, they spoke with the family and attempted to speak to the 36-year-old man who was still in the house.

As deputies announced themselves in the doorway of the home, the 36-year-old male raised an AR-15 rifle and started shooting at deputies through walls and doors, according to a release from the Seneca County Sheriff’s Office.

One of the two deputies was able to return fire. The deputies were then able to exit the house and got behind the closest cover they could find.

As other units arrived, they were able to set up a perimeter, contain the 36-year-old male inside the residence, and wait for an armored vehicle from the Wood County Sheriff’s Office to arrive and assist in getting the family members and two deputies safely removed from the area.

While that was going on, neighbors were evacuated from their homes. Several shots were fired from the house through an upstairs window towards the two deputies that were still pinned down, according to the sheriff’s office. 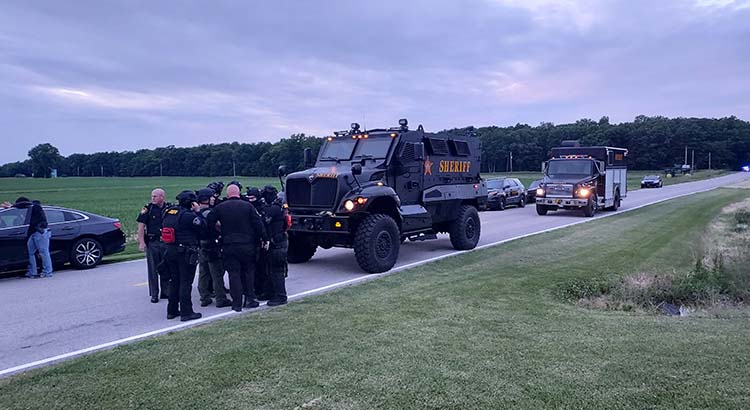 Once the armored vehicle arrived, the sheriff’s office was able to extricate the family members and two deputies safely. The armored vehicle was then sent back to the residence with a crisis negotiator who used the sound system to attempt to get the 36-year-old male to answer his cell phone.

After negative contact for almost an hour, tear gas was deployed in the upstairs oft he residence over a 20-minute period.

After another series of attempts to contact the 36-year-old male subject, he came out of the residence and came marching towards the armored vehicle. He did not listen to the requests of the Special Response Team, so a taser was used on him and he was taken into custody without injury at approximately 11:44 p.m.

The arrested male has been identified as 36-year-old Ray Arley Freeze III, of Clyde.

Freeze was charged with attempted murder, and could be facing other charges pending the outcome of the investigation.

“I am extremely thankful that the deputies were not hit with the first volley of rounds he fired at them, and also grateful we were able to get the family to safety,” Seneca County Sheriff Fred Stevens said in a statement. “We have great cooperation in this county with all law enforcement working together and it again showed during this incident.”

The Ohio Bureau of Criminal Investigation will be assisting with the processing of the scene for evidence.