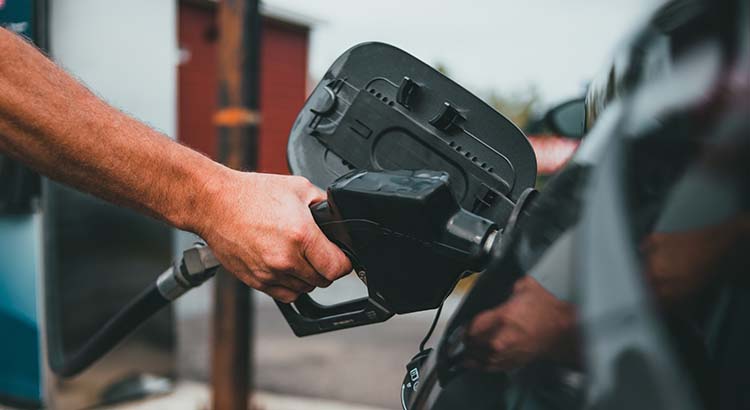 President Joe Biden on Wednesday called on Congress and state legislatures to provide a temporary reprieve from gas taxes — but members of his own party and Republicans appeared opposed, making it look unlikely on the federal level.

In addition, many state legislatures are out of session for the year and aren’t expected to return to their capitals until January.

Biden, nonetheless, saying the decision would help alleviate the tight budgets many families are facing as prices climb, urged both federal and state lawmakers to provide a 90-day break from gas taxes.

He also asked petroleum companies to increase the number of refineries producing gas for vehicles. And he said companies should pass on the slightly lower price of gasoline per barrel to consumers as well as the savings from any gas tax holiday, instead of keeping it themselves.

“I call on the companies to pass this along, every penny of this 18-cent reduction, to the consumers,” Biden said, referring to the federal gasoline tax. “There’s no time now for profiteering.”

If all four things were to take place — a federal gas tax holiday, a state break, increased refining and companies passing along lower prices of gasoline — prices could come down by $1 per gallon, he said.

In Ohio, a spokesperson for Gov. Mike DeWine said Wednesday suspending Ohio’s gas tax would halt highway and infrastructure projects without easing much of the price at the pump.

“To be blunt, we can’t fund the Brent Spence Bridge without the gas tax,” the spokesperson told Gannett Ohio, referencing the long-stalled, massive, two-state, bipartisan project.

Meanwhile, his Democratic opponent in November for the governorship, former Dayton Mayor Nan Whaley, has called for a suspension of the Ohio state gas tax of 38.5 cents per gallon from July 1 until the end of this calendar year.

Members of his own party don’t seem on board, however.

“Although well-intentioned, this policy would at best achieve only miniscule relief while blowing a $10 billion dollar hole in the Highway Trust Fund that would need to be filled if we want to continue to fix crumbling bridges, address the spike in traffic deaths, and build a modern infrastructure system,” DeFazio said in a statement.

“Furthermore, encouraging state governments to suspend their gas taxes undermines the impact of the Bipartisan Infrastructure Law by reducing funds available to states to spend on infrastructure improvements,” DeFazio continued.

Speaker Nancy Pelosi, a California Democrat, said in a statement that she will “see where the consensus lies on a path forward for the President’s proposal in the House and the Senate.”

Senate Majority Leader Chuck Schumer, a New York Democrat, said he believes “the most important thing we can do to lower gas prices is crack down on big oil’s manipulation of the oil markets.”

Jason Furman, chairman of the Council of Economic Advisers during the Obama administration, said Tuesday that a gas tax holiday likely wouldn’t provide drivers much relief.

“Whatever you thought of the merits of a gas tax holiday in February it is a worse idea now,” he tweeted. “Refineries are even more constrained now so supply is nearly fully inelastic. Most of the 18.4 cent reduction would be pocketed by industry–with maybe a few cents passed on to consumers.”

While Furman had previously “guesstimated that two-thirds of the benefits might go to consumers,” he said this week that was “probably overly generous at the time.”

“Regardless, would be even less now. I would expect consumers to get at most one-third of the benefits,” he wrote.

A nationwide gas tax holiday, he added, would likely add to inflation, though not by much “because the majority of it would be windfall profits for the oil industry and that is not particularly stimulative. But still goes in the wrong direction.”

The nationwide average price for a gallon of gasoline has steadily increased this year from about $3.30 in January to just under $5 in mid-June, according to AAA.

Much of that money goes to the Highway Trust Fund, which gets about 80% of its funding from gas taxes, which it then uses to fund road construction and other transportation infrastructure projects.

The U.S. gas tax is not tied to inflation, which means that in the nearly 30 years since it was last increased, it has lost more than 45% of its purchasing power, according to the Peter G. Peterson Foundation.

The United States is not the only country facing high inflation and rising gas prices.

More than 90 countries, including Hong Kong ($11.35), Israel ($8.71) and Canada ($6.55), all have higher gasoline prices per gallon than the United States, according to a website that tracks global prices.