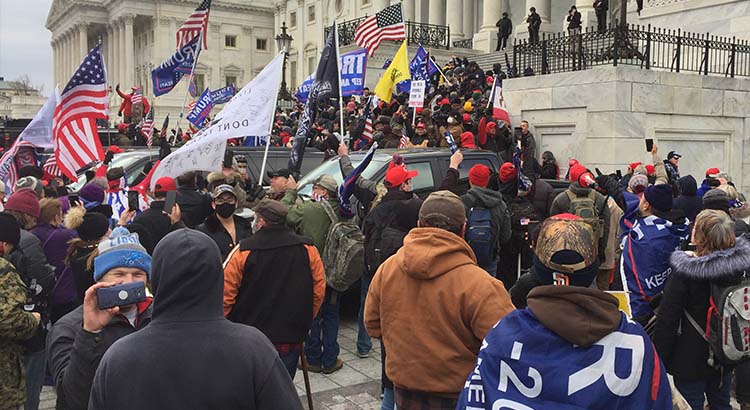 The second hearing in the series held by the Jan. 6 U.S. House panel to present its findings focused on claims repeatedly voiced by former President Donald Trump that fraud occurred in the 2020 election.

Members of the House Select Committee to Investigate the Jan. 6 Attack on the U.S. Capitol and witnesses examined various theories in some depth on Monday to show that spurious claims raised by Trump and allies including former New York Mayor Giuliani fell apart under moderate scrutiny from campaign lawyers and the U.S. Justice Department.

The panel provided several interviews of campaign and Justice Department staff that showed advisers and officials repeatedly told Trump there was nothing to his claims.

Trump’s continued expression of the debunked claims helped drive his supporters to siege the Capitol on Jan. 6, the panel said.

Here are some intriguing details from Monday’s hearing: 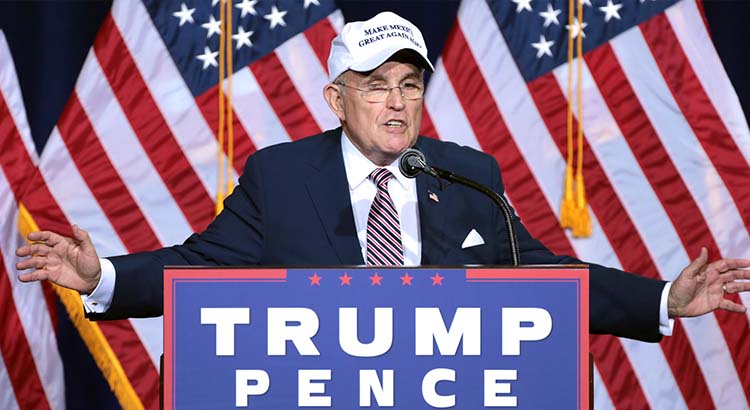 At the White House on Election Day 2020, a mix of campaign staff, outside advisers and Trump family watched election returns come in.

Later in the night, the results looked better for Democrat Joe Biden. A turning point for most in the room came when Fox News called Arizona for the former vice president, former Trump campaign manager Bill Stepien testified.

As the night turned into early morning, the results were inconclusive for Trump’s chances, at best.

Stepien and campaign spokesman Jason Miller advised Trump not to say anything conclusive that night until more votes were counted.

In taped testimony for the committee, both identified Giuliani as disagreeing with that strategy, vocally advocating for declaring victory that night.

Asked if anyone had too much to drink, Miller singled out the former New York mayor.

“The mayor (Giuliani) was definitely intoxicated, but I did not know his level of intoxication when he spoke with the president,” Miller said.

Giuliani posted and deleted tweets Tuesday saying that Stepien and Miller lied about what happened on and after Election Day and disputed that he was drunk.

“I REFUSED all alcohol that evening,” he wrote in a since-deleted post. “My favorite drink..Diet Pepsi.”

Trump that night sided with Giuliani, declaring victory in the early morning hours of Nov. 4.

One of those concerned Doug Mastriano and Bill McSwain, both of whom ran in the 2022 Republican primary for Pennsylvania governor, a contest Mastriano won last month.

Barr called McSwain, then the U.S. attorney in Philadelphia, and asked about it. McSwain explained Mastriano’s error was comparing the number of requested ballots for the 2020 GOP primary with the number of ballots cast in the general election, according to Barr.

“The problem is that Mastriano threw out this number, and what he did was he mixed apples and oranges,” Barr said he was told by McSwain. “Once you actually go and look and compare apples to apples, it’s no discrepancy.”

The Trump campaign continued to fundraise after the election, using unsubstantiated fraud theories as a marketing tool. The campaign asked for donations to an official Election Defense Fund, which it said would pursue claims of a fraudulent election.

Contributors provided $100 million in the week after the election, and $150 million more before the end of the year, Amanda Wick, an investigative staffer with the committee, said in taped remarks.

But no Election Defense Fund actually existed, and most of the money was not spent on the fruitless efforts to uncover fraud.

“The Trump campaign aggressively pushed false election claims to fundraise, telling supporters it would be used to fight voter fraud that did not exist,” Wick said.

Instead, Wick said, funds were sent to a variety of pro-Trump organizations.

Most went to a newly created “Save America PAC.” The pro-Trump research group America First Policy Institute and White House Chief of Staff Mark Meadows’ charitable foundation each received $1 million from the PAC.

Save America PAC has paid $5.4 million to Event Strategies in the 2022 election cycle, when Trump has held events with candidates for state and federal offices, including U.S. Senate hopefuls Mehmet Oz in Pennsylvania and J.D. Vance in Ohio, U.S. Sen Chuck Grassley of Iowa — and Harriet Hageman, who is challenging House Jan. 6 committee Vice Chair Liz Cheney in the Wyoming Republican primary.