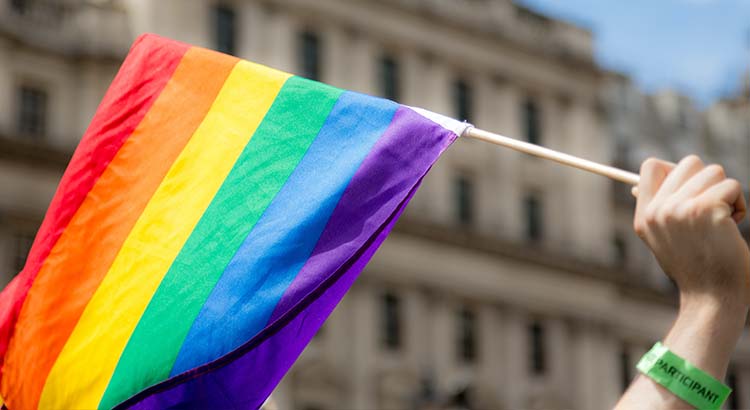 When state Sen. Nickie Antonio was first elected as the first openly gay person to serve in Ohio’s General Assembly, her intention was to be the first but certainly not the last. Serving as a state representative in the Ohio House for eight years before being elected to the senate in 2018, Antonio says she has felt a heavy responsibility to deliver for Ohio’s LGBTQ and minority communities.

Throughout her career, the pressure has pushed Antonio to fight not only for LGBTQ rights, but women’s rights, climate change action, health care and so much more. At the core fight for LGBTQ rights in Ohio has been the Ohio Fairness Act, sponsored by Antonio time and time again and advocated for by businesses and organizations across the state, including Equality Ohio.

The Ohio Fairness Act is simple — modeled after the 2015 Supreme Court decision, Bostock v. Clayton County, the bill clarifies that sex discrimination includes discrimination based on sexual orientation and gender identity of expression, without creating new protected classes or infringing on religious liberty.

Specifically, the most recent draft of the bill states it would “prohibit discrimination on the bases of sexual orientation or gender identity or expression, to add mediation as an informal method that the Ohio Civil rights commission may use, and to uphold existing religious exemptions under Ohio’s Civil Rights Law.”

As a public policy organizer for Equality Ohio, Kathryn Poe has heard a lot of stories of LGBTQ people struggling with housing discrimination.

A lifelong Ohioan, Poe was the first out queer person at their high school and they’ve always been acutely aware of LGBTQ rights in Ohio. Now, for Equality Ohio, Poe works with constituents to share their stories to state lawmakers. Through their work, Poe says they’ve spoken to transgender youth who are frightened to exist in Ohio.

“A lot of them are really questioning whether or not this is somewhere that they want to stay,” said Poe.

Equality Ohio has been actively seeking out these stories and testimonies on the importance of the Ohio Fairness Act since it was introduced. In 2019, the organization broke the testimony submission system when it submitted over 300 pieces of testimony for one hearing.

The testimonies have been presented to committee members during hearings, in order for lawmakers to hear real life stories from constituents.

Many of these testimonies have focused on the real-life experiences of Ohioans facing discrimination in employment and housing, as well as public accommodations or feelings of being unwelcome and unsafe in Ohio because of the lack of protections. Testimonies also include letters of support from leading businesses in Ohio.

“There’s often a belief that discrimination doesn’t happen in Ohio, that this law already exists, or that LGBTQ+ people simply don’t live in their district,” said Equality Ohio communication director, MD Spicer-Sitzes. “All of these beliefs are often dispelled by testimony.”

The Ohio Fairness Act was first introduced in the Ohio House of Representatives in 2008 by Rep. Dan Stewart of Ohio’s 25th district. The first bill, HB 502, prohibited discrimination based on sexual orientation, including “heterosexuality, homosexuality, bisexuality, asexuality or transgenderism, whether actual or perceived.”

Stewart reintroduced the legislation with Republican co-sponsor, Rep. Ross McGregor of Ohio’s 79th district in May 2009. The bill, HB 176, moved through committee and passed the Ohio House and but never received a hearing in the Republican-controlled senate.

After Stewart left the house, HB 335 was reintroduced in September 2011 by Antonio, serving as a representative from Ohio’s 13th district. McGregor served as the co-sponsor. Senate democrats, Sen. Charleta Tavares of Ohio’s 15th district and and Sen. Michael Skindell of Ohio’s 23rd district drafted a companion piece, SB 231. Each bill only received one hearing each.

In May 2013, Antonio and McGregor again sponsored HB 163 in the house. The senate piece, SB 125, was co-sponsored by Skindell and Sen. Frank LaRose of Ohio’s 27th district, but did not receive a hearing.

As a new member of the Ohio Senate, Antonio introduced SB 11 in February 2019, with co-sponsor Sen. Michael Rulli of Ohio’s 33rd district. Antonio and Rulli again reintroduced the legislation, SB 119, in the senate in March 2021. A companion bill in the house, HB 208, was introduced with Skindell and Rep. Brett Hudson Hillyer of Ohio’s 98th district.

“Every time we’ve introduced [the Ohio Fairness Act], we’ve made steps forward,” said Antonio. “We got hearings in the house, and when [I] came over to the senate, it was the first time bill had ever been introduced in the senate.”

Currently, in the Ohio House of Representatives and in the Ohio Senate, the bill continues to have bipartisan sponsorship along with support from the Ohio Chamber of Commerce and hundreds of Ohio businesses.

“[The Ohio Chamber of Commerce] sees [the Ohio Fairness Act] as an economic incentive for businesses to come to this state and for businesses to keep doing business in Ohio and get the best, talented workers,” said Antonio.

So, why hasn’t the Ohio Fairness Act become law?

Antonio blames Ohio leadership and gerrymandering. With a Republican supermajority in both the House and Senate, Antonio says there have been many people in leadership who have dismissed a debate and vote on the bill.

Poe agrees that Ohio has struggled with corruption and gerrymandering for the last decade.

“I think we currently have maps and legislators that don’t actually represent the opinion of real Ohioans, and a lot of these lawmakers are able to get away with it because they’re in gerrymandered districts,” said Poe.

On the ground, Equality Ohio has been advocating for the Ohio Fairness Act through a slew of programs and initiatives. The organization also has a long history of passing ordinances that protect LGBTQ people at the local level in lieu of a lack of state or federal protections.

“These efforts, now 35, prove that LGBTQ+ protections are necessary and popular everywhere, even in more conservative or more rural localities,” said Spicer-Sitzes.

To gain further support for protections, Equality Ohio has put together several large groups calling for change, including the Ohio Business coalition.

Another cornerstone initiative Equality Ohio is involved in is the Ohio Faith Coalition, made up of Ohio churches and faith leaders that believe LGBTQ people deserve non-discrimination protections.

“With these two big groups, [Equality Ohio is] really able to cover all of the corners of this issue and show that there’s not only just a moral argument for having [the Ohio Fairness Act], but there’s also a business and faith argument,” said Poe. “People often think that, especially with people of faith, that’s not a group that is really compatible with the LGBTQ community — we know that’s not the case.”

Raised in the Christian faith, Antonio says there are any faith practices that embrace equal rights for all people and knowledge and include marginalized people. Antonio has found faith-based people talking to other faith-based people have the best chance at changing hearts and minds.

Along with Ohio Business Competes and the Ohio Faith Coalition, Equality Ohio began its own expert consulting firm, CHROMA Consulting. The firm supports businesses that want to actualize an inclusive work environment. The organization also started OPAWL — an organization dedicated to advocating for AAPI women and nonbinary people.

“We need people at the table who are at the intersection of LGBTQ+ and Black, LGBTQ+ and AAPI, LGBTQ+ and aging, with disability, Muslim and more,” said Spicer-Sitzes. “When we approach the issues together there’s a much greater impact than alone. We can organize, build coalitions, sign on to letters together – there’s no end.”

Poe noted most individuals think marriage equality via the 2015 Supreme Court case Obergefell v. Hodges was the “end all be all” for the gay rights movement and fail to realize LGBTQ Americans are not protected in so many other ways.

“The Ohio Fairness Act really is that extra layer of protection,” said Poe. “70% of [Americans] believe in non-discrimination protections for the LGBTQ community.”

As Ohio businesses continue to expand and the need for LGBTQ protections grow, Antonio says reintroducing the Ohio Fairness Act is all about timing and continuing the conversation.

“This whole movement toward change — the pendulum swings back and forth,” said Antonio. “I think it’s really important that we always have it on the table and have the discussion and the opportunity. I think we need to continue engage employers large and small.”

With the recent announcement Intel is committing $20 million to build a manufacturing site in New Albany, Ohio, Antonio says she is interested in opening a dialogue with the company and gauging how it plans to recruit in-state and out-of-state employees.

“How [is Intel] going to [recruit employees] when Ohio still may discriminate against some of their employees and their families?” said Antonio.

To keep the conversation growing, Antonio encourages LGBTQ people to not only understand equality issues for LGBTQ folks, but also to understand the intersectionality of rights and discrimination.

“We have to also be the people to stand up and stand with people in communities of color, people in other marginalized communities, whenever we can,” said Antonio.

Spicer-Sitzes also encourages local advocates to get out in their communities, and is grateful for Antonio’s leadership.

“Senator Antonio has been a fierce advocate for Equality for many years and we are so grateful that she’s willing to stand up for our community,” said Spicer-Sitzes. “We know that having good representation for LGBTQ+ people matter. Sen Antonio and all LGBTQ+ politicians across the state are representative of what’s possible.”