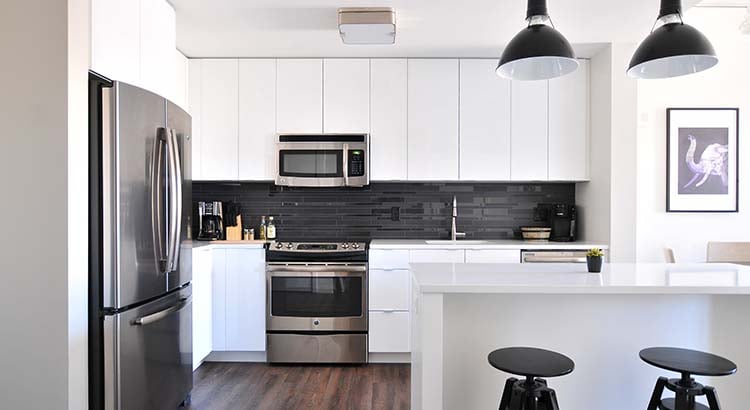 An Ohio House committee passed legislation Tuesday that would block local governments from banning or directly regulating short-term rentals like Airbnb within their borders.

The legislation blocks towns and counties from enacting ordinances that prohibit businesses or people from renting property for less than 30 days at a time. Additionally, it blocks them from passing laws that “regulate the number, duration, or frequency of rental periods” of short-term rentals.

Supporters of House Bill 563 say it’s a property rights issue — government shouldn’t get in the way of homeowners’ subletting their units. Opponents argue the state, under the bill, would be usurping local zoning laws, creating nuisances, and allowing housing units to clutter that don’t host tenants several months out of the year. The debate pits state government against local Ohio governments, some of whom have restricted individual and commercial property owners’ rights to rent their units on Airbnb and similar sites.

“I’m kind of torn on it, because I do trust, generally speaking, local governments to make a decision,” said Rep. Jamie Callender, R-Concord. He voted for the bill but expressed some hesitation regarding local control and the potential for Airbnbs hosting rowdy parties in residential neighborhoods.

“It’s a tough issue. I came down on the side of the homeowner.”

An array of local governments, both individually and through their collective lobbying groups, opposed the bill.

“If a township says, ‘We don’t want short-term rentals in our residentially zoned areas,’ I can almost guarantee you they will get challenged under this bill,” said Marissa Myers, a lobbyist with the Ohio Township Association.

“It specifically says you can’t regulate the number, duration or frequency.”

Real estate investors and business groups supported the legislation, arguing the rentals open doors to supplemental income for property owners and more options for tourists. Tony Long, a lobbyist with the Chamber of Commerce, said short term rentals are also useful for families between homes or large families going on vacation. The bill, he said, balances public safety with personal property rights.

The legislation allows cities to limit short term rental properties for select reasons generally related to preventing public nuisances or crime, so long as the regulations apply to both short-term and long-term rentals.

The bill comes in response to the rise in companies like Airbnb, which serves as an alternative to traditional hotels by allowing people to rent out all or part of their homes to others on the platform. The company hosted more than 1 billion guests into 100,000 cities since launching in 2008, according to the company. It made nearly $6 billion in revenue in 2021, according to its financial statements.

“We support this bill because it ensures that Ohioans will continue to have the ability to earn meaningful income through the short-term rental of their homes, while still allowing local municipalities to pass short-term rental laws that address important considerations such as occupancy and public safety, in addition to restrictions that apply to long-term rentals,” said Lara Dailey, a policy manager with Airbnb.

VRBO, an industry competitor, didn’t responded to an inquiry.

Several Ohio cities have passed their own ordinances related to short-term rentals, creating a mishmash around the state.

For instance, Columbus requires the short-term property owners to heed certain rules and register with the city. The city can deny permits for certain nuisance activity or police attention. Cincinnati does the same, while also requiring the owners to affirm that the rental is in conformity with local building, zoning and housing codes.

Dublin only allows hosts to rent out their units for up to two weeks per calendar year and submit information to the city about how many tenants will be occupying the residence, how many cars they’re bringing, and how much the rental is charging.

North Royalton only allows hosts to rent out their properties for 14 days of the year so long as they use them as their primary residences the other 351.

Early last year, Avon instituted a 180-day moratorium on short-term rentals. Seven Hills did the same, according to Cleveland.com.

Fowler-Arthur said the law wouldn’t necessarily stop cities from collecting information about who owns the properties. However, it would require the cities to treat long- and short-term rentals the same.

HB 563 doesn’t address what taxes short term rentals must pay. Several locals government groups and one hotel industry lobby asked lawmakers to take the issue up in the bill.

Myers said hotels can be required to pay a lodging tax. She asked lawmakers to “consider clarifying that lodging taxes apply here too.”

Andrew Herf, executive director of the Ohio Association of Convention and Visitors Bureaus, said with a few exceptions, short-term rentals do not pay lodging taxes.

“They are taking visitors out of hotels where the taxes would be remitted and putting them into a competing rental structure that does not support the tax base of the local governments where they operate,” he said.

Joe Savarise, CEO of the Ohio Hotel and Lodging Association, took a neutral position on the bill. He said no genre of rentals should be banned outright, and local governments should provide appropriate oversight and regulation.

However, he said short-term rentals should be subject to the same sales and lodging taxes as hotels and motels.

Fowler operates an Airbnb in Geneva-on-the-Lake with her husband, she said in an interview. She said the House legal counsel didn’t see any conflict of interest given her ownership.

She said the experience lends her perspective on how property owners deal with local governments in setting up an Airbnb.

Following the committee vote Wednesday, the legislation will go the full House floor at the discretion of leadership. From there, it must pass the Senate and be approved by the governor to become law.