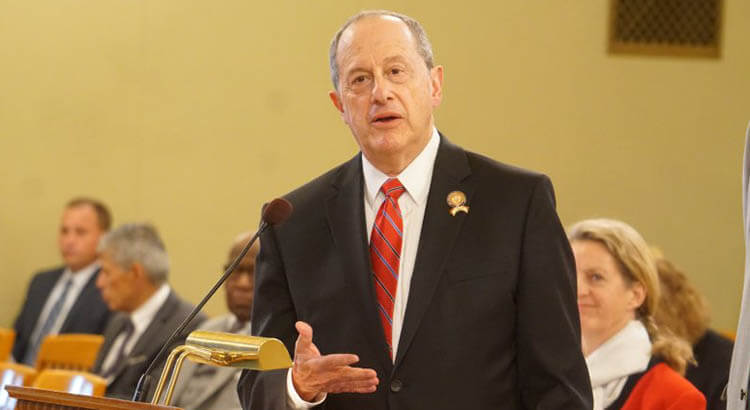 The Ohio House criminal justice committee passed two measures Wednesday that could lead to a greater reliance on cash bail. Meanwhile, lawmakers amended a different bail reform measure to set explicit limits on the calculation of cash bail. Although the proposals appear to be at cross-purposes, advocates are hoping the two could work together.

The proposals which would expand cash bail direct judges to consider “public safety” when setting the dollar amount for pre-trial release. They come in direct response to a state supreme court decision which drew a distinction between monetary and non-monetary conditions. Public safety is a valid criterion for the latter but not the former, the court determined.

Shortly after the committee approved the measures, Justice Pat DeWine, a Republican who was in the minority in that supreme court decision, took the unusual step of issuing a statement applauding it as “an important step to restoring common sense and protecting the public.”

“This constitutional amendment would allow Ohio citizens to decide whether community safety and the rights of victims can be considered when setting the bail amount for people accused of violent crimes like murder and rape,” he continued. “Judges play an important role in protecting the community and it makes no sense to limit their ability to consider this important information.”

Lawmakers have fast-tracked the effort at least in part to get a “law and order” style proposal on the ballot this November as the Supreme Court’s partisan balance could potentially change from Republican to Democratic.

DeWine is one of the justices defending his seat.

“This is merely a political activity,” Rep. David Leland, D-Columbus, argued after the committee hearing.

“It’s something to do with the ire of the majority over what’s been going on in the redistricting process and the Ohio Supreme Court, and also the fact that you have so many Supreme Court Justices up for election in November. I think it’s a combination of both,” he said.

Leland’s own bail reform measure has been in the works for almost a year with input from both sides of the aisle. Instead of embracing cash bail, his proposal expands the list of crimes for which defendants can be held without bail of any kind. Under an amendment approved Wednesday, it also lowers the evidentiary standard prosecutors must meet for pre-trial detention. If a judge does set cash bail, the proposal sets a $200 floor and a ceiling of one quarter of the defendant’s monthly income.

The other measure didn’t pass through committee without changes either. On Wednesday, lawmakers approved an amendment which adds “and any other factor the general assembly may prescribe,” to the legislative language. Leland argued that provision could create a path for the two measures to work in concert if both became law.

“The Ohio House of Representatives would be directing the court that they could not impose bail any higher than the amounts that were enumerated in the statute, which are 25% of a person’s wages after some deductions and a floor of $200,” he explained. “So that would pretty much eliminate the problem that we have, as far as bail keeping poor and middle-income people in jail just because they can’t afford the bail.”

With the measure directing judges to consider public safety moving out of committee in the House, and getting its first hearing in the Senate earlier this week, the proposal is on a glide path to the ballot. Lawmakers still need to muster supermajorities in both chambers, but they are moving deliberately. Attorney General Dave Yost, a Republican seeking reelection this fall, has lent his backing to the push as well.

Leland’s measure is less certain. A bipartisan coalition of lawmakers are the House and Senate are working on the idea, and they’ve got the support of an array of outside interest groups from across the political spectrum. The ACLU, which has been concerned with bail reform for years is on board, but so are conservative, fiscally-minded groups like Americans for Prosperity and the Buckeye Institute.

“We’d love to see these packages happen at the same time,” he said. “Of course, that’s sometimes difficult to do here at the Statehouse, but that would be definitely what we would like to see, because I think the way the amendment was modified today, and the way the bills are working, they can work seamlessly together.”

With the House criminal justice committee favorably reporting the measure expanding cash bail, Wednesday, the proposal could go to the House floor as early as next week.