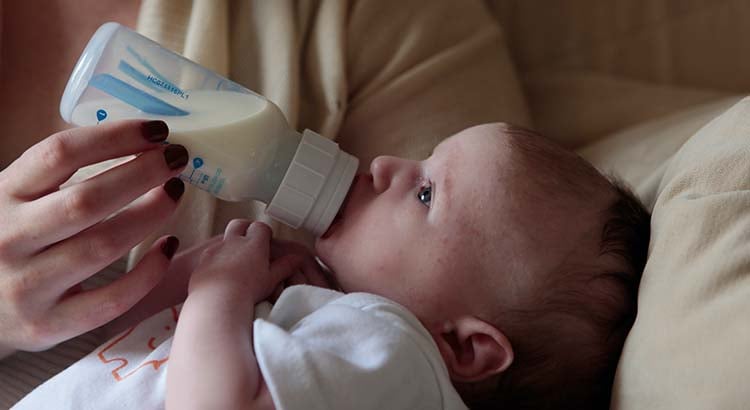 Democratic legislators laid out what they say are needed improvements to Ohio law to impact parents and babies in the state.

Through elimination of sales taxes on diapers, tax credits for infant formula and caps on price increases during baby formula shortages, Democrats say the legislation would address real needs of families, instead of restricting their reproductive choices as legislation proposed by Republicans would do.

House Minority Leader Allison Russo compared the multiple proposed bills hoping to address infant necessities and pregnancy accommodations to the abortion bans currently in General Assembly committees. She said a focus on restrictions goes against the needs expressed by a majority of Ohioans.

“We don’t see this as a political ploy; we see this as doing the work of the people and impacting people on the issues that they actually care about,” Russo said.

Just 12 days since the birth of her own child, state Sen. Tina Marahath, D-Canal Winchester, talked about bills she has pending already in the GA, including one that would urge protections for pregnant people and that would require insurance companies to cover donor breast milk for mothers who aren’t able to breastfeed or choose not to.

Maharath has already introduced Senate Bill 177, which would “generally require employers to make reasonable accommodations for employees who are pregnant or breastfeeding.” In May of 2021, the bill was assigned to the Senate Workforce and Higher Education Committee. It had its first hearing in October of that year, but has not seen hearings since.

Donor milk, which is pasteurized and sent to hospitals, costs $4 to $5 per ounce, according to Maharath, making it cost prohibitive if parents pay for it out of pocket. Insurance plans are not currently required to cover donor breast milk, even as a nationwide baby formula shortage continues.

“We have an increased need for affordable options for infants to receive the nutrition they need,” Maharath said.

For that reason, Maharath said she’s proposing a bill to require insurance to cover the donor breast milk when it’s needed.

Related to the baby formula shortage, state Rep. Shayla Davis, D-Garfield Heights, and state Rep. Jeffrey Crossman, D-Parma, are moving forward with a proposal that would cap prices on baby formula during a shortage, to avoid price gouging.

“(The bill) would cap prices at no more than 5% of what is being charged prior to the shortage,” Davis said.

She wants to create a tax credit that could cover up to half of that cost.

“Formula is not a luxury,” Sweeney said. “It is a necessity.”

State Rep. Monique Smith, D-Fairview Park, wants to add to the tax relief by exempting diapers from the state sales tax. As a mother herself, she said the high cost of diapers is hurting families because with the high cost comes high usage. She said the average family uses about 200 diapers per month, and the cost disproportionately hits low-income families.

She said the idea of removing sales tax from diapers comes with bipartisan support, and similar bills have passed in other states, including most recently, Florida.

“Ohioans deserve to know that when or if they decide to start a family, the state will support them,” Smith said.

Russo said Democrats will be looking for co-sponsors for bills that haven’t already been introduced in the General Assembly, but didn’t give a timeline on official introduction of those bills.