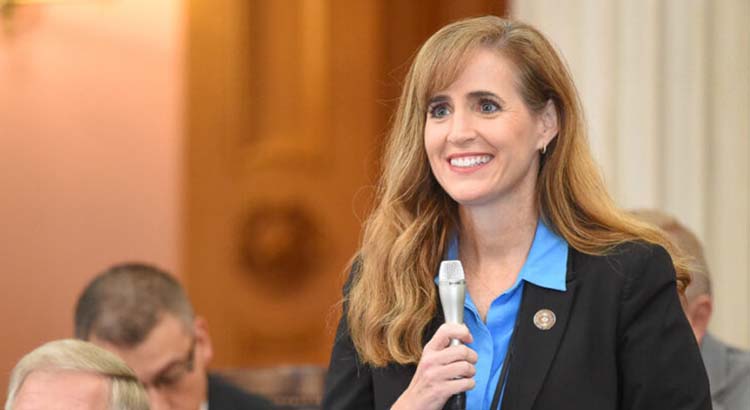 The Attorney General-backed bid to change limits on cash bail got its first hearing in the Ohio Senate Tuesday. The effort comes as a direct response to a state supreme court ruling and would require a constitutional amendment to take effect.

The purpose of bail is to ensure defendants return to court for their trial date, and judges in Ohio already consider public safety for pre-trial release when it comes to conditions like monitoring or stay away orders. The supreme court simply determined earlier this year that public safety isn’t a relevant criteria for setting the dollar amount.

Supporters of the bail proposal, SJR 5, argue that’s not good enough, and that judges should be able to slap high bonds on defendants accused of violent crimes.

“This will give power back to our judges, in determining an individual’s risk to victims, law enforcement and the community as a whole,” state Sen. Theresa Gavarone, R- Huron, explained in committee.

“Excessive” bail is prohibited under the U.S. and Ohio Constitutions, and existing provisions in Ohio law already give prosecutors a way to hold many felony defendants in jail without bond of any kind. Prosecutors supporting SJR 5 and it’s companion measure in the House, HJR 2, contend the required hearings for pre-trial detention are too onerous.

Thomas is a co-sponsor of bipartisan Senate legislation aiming to improve Ohio’s bail system on a different track. Lawmakers have been negotiating that proposal and a companion measure in the House for nearly a year — well ahead of the move to put cash bail on the ballot.

With the partisan balance of the Ohio Supreme Court up for grabs in this November’s election, statewide Republican officeholders like Attorney General Dave Yost lining up behind the measure, and the House proposal advancing rapidly, putting a “law and order” provision on the ballot might be just as important to backers as the nuts and bolts of how judges set bail.