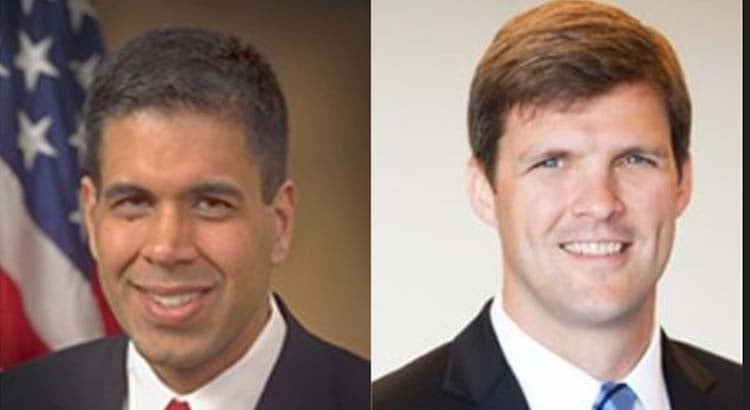 A federal district court, in a 2-1 decision Friday, implemented Ohio state Senate and House district maps for the 2022 election that have twice been declared unconstitutional partisan gerrymanders by the Ohio Supreme Court.

Also in a 2-1 decision, in April, the judges representing the U.S. District Court for the Southern District of Ohio Eastern Division had set May 28 as the deadline for the commission to come up with a viable plan before the federal court would intervene to implement Map 3, which passed along partisan lines by Republicans on the commission in February and has been rejected twice by the state supreme court as unconstitutional. The court issued their ruling May 27 with it taking effect at midnight Saturday.

The majority ruling said federal courts are instructed to give states maximal flexibility to craft their own solutions and that “federal district courts must wait to act until the last possible moment.”

“We must presume state actors will work together to reach homegrown solutions,” the majority wrote. “And if they fail, then it is up to the voters to punish them if they so choose.”

Between the standoff among state officials and the delay in getting the case, the court said their options were limited.

“So we chose the best of our bad options. Given the factual record before us, two reasons justified our approach. First, no map had won the approval of both the Commission and the Ohio Supreme Court. And second, Map 3 gave the State the most time to fix its own problem. That broke the tie.”

In between Map 3’s original adoption by Republicans on the redistricting commission and the state supreme court’s first rejection of them as unconstitutional, Ohio Secretary of State Frank LaRose ordered boards of elections to load the Statehouse district maps into their systems and prepare to use them.

Republicans on the redistricting commission used the fact that elections officials were already ordered to use the maps as part of their decision to pass the maps a second time, and the federal court in April pointed to counties already using Map 3 as justification for its choosing it for implementation.

LaRose is among the four commissioners who voted for the maps both times. Others were Republican Ohio Gov. Mike DeWine and Republican legislative leaders representing the Ohio House and Senate (originally Ohio House Speaker Bob Cupp and Senate President Matt Huffman, then their chosen replacements on the commission, state Rep. Jeff LaRe, and state Sen. Sen. Rob McColley).

In his dissent, U.S. District Judge Marbley noted that his previous dissent warned the federal court about signaling it would adopt Map 3 on May 28 as it “set a strong, almost immovable default,” and “virtually ensure[d] that the third map will be used for an August 2 primary.”

“Following the majority’s April opinion, the Commission never attempted to craft a constitutionally compliant fifth plan. Two Commissioners, who had participated in all prior rounds of map-drawing, actually ceased their service and appointed substitutes,” Marbley wrote. “If there was any hope of the Commission fulfilling its constitutional duty, this federal panel quashed it.

“The majority’s April opinion assured the Commission that if it simply waited another month, the panel would enable it to circumvent the Ohio Supreme Court and realize a map with the desired partisan favoritism. The Commission took the invitation,” he said.

Marbley quoted a tweet from Republican Ohio House Majority Leader Bill Seitz written just hours after the federal court’s April opinion which said, “Too bad so sad. We win again. . . . Now I know it’s been a tough night for all you libs. Pour yourself a glass of warm milk and you will sleep better. The game is over and you lost. . . . Turn out the lights. The party’s over. For this 2 year cycle at least.”

Marbley said the consequences of the federal court’s actions were severe:

“(In making this decision), the majority tables a watershed constitutional referendum, abrogates controlling decisions of the state Supreme Court, and unwittingly rewards the Commission’s brinksmanship over the rights of Ohio voters.”

In 2015 and 2018, 71% and nearly 75% of voters amended the Ohio Constitution to enact redistricting reform against partisan gerrymandering.

This past Wednesday, a 4-3 bipartisan majority of the Ohio Supreme Court rejected Map 3 again and set a new deadline of June 3 for the commission to produce an entirely new plan.

In her concurring opinion rejecting the map for the second time, Republican Ohio Supreme Court Chief Justice Maureen O’Connor wrote that with the federal court’s reassurance that continuing delays and inactions would be rewarded, the commission has “engaged in a stunning rebuke of the rule of law” by readopting Map 3.

“This court has been placed in a remarkable position,” O’Connor wrote. “With the reassurance provided by a federal district court in (the federal case) that continuing delays and inaction would be rewarded with the implementation of a previously rejected map, respondent Ohio Redistricting Commission has, contrary to this court’s clear order, resubmitted an unconstitutional General Assembly district plan and, in doing so, has engaged in a stunning rebuke of the rule of law.”

She said the federal court “did not stay its hand until May 28 as it stated it would,” but rather “provided the Republican commission members not only a roadmap of how to avoid discharging their duties but also a green light to further delay these proceedings by stating its intention to implement ‘Map 3’ … all the while acknowledging that this court had declared Map 3 to be invalid and unconstitutional.”

Each of the federal court’s concerns about conducting the election, O’Connor said, were “created by the commission’s lack of action — which is in direct defiance of its constitutional duties and this court’s four prior judgments — and all those concerns were then, and are now, fully capable of resolution by the commission or the General Assembly.”

“Lamentably, the federal court’s optimism that the commission members ‘are public servants who still view partisan advantage as subordinate to the rule of the law,’ proved to be unfounded,” she said.