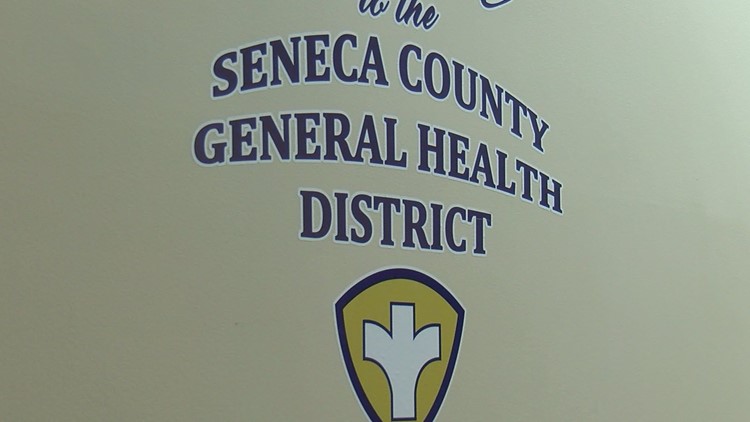 Tiffin, Ohio — An environmental consultant presented at the Seneca County Board of Health meeting Thursday evening.

The Health District began contracting with GBB in 2019 for its independent, objective, and expert advice and assistance in monitoring Sunny Farms Landfill.

Lund said the landfill is currently working to get into compliance, and although there have been improvements, requirements of the Clean Air Act still have not been met.

“Sulfur dioxide emissions are still 20 times what would have ever been allowed had things been done right to begin with,” Lund said.

In 2020, Sunny Farms Landfill was the ninth largest source of sulfur dioxide emissions in the state, Lund said, which is comparable to the last few uncontrolled coal fire plants in Ohio.

Lund said Sunny Farms Landfill had been given three years by the Ohio EPA to correct the Clean Air Act violations, and still has about a year left to make the corrections.

“When they achieve the Clean Air Act in a year or so, what about the emissions over the last decade that were not allowed?” Lund told board members.

Sunny Farms Landfill recently filed a Permit-To-Install Application with the Ohio EPA that would allow an expansion to the north unit of the landfill. If approved by the EPA, it would increase the landfill’s allowable daily intake from 7,500 tons to 12,000 tons. Ohio’s largest landfill currently is approved to accept 10,000 tons of waste a day.

Lund said if the expansion occurs, there’d need to be a lot more controls and safeguards in place. He said he previously suggested to the Ohio EPA to tighten up the enforcement of its regulations.

Seneca County Health Commissioner Anne Goon said Ohio EPA’s permitting process has multiple steps, with the first step being the requirement of the landfill to hold a public meeting.

“They’ll present to the public what it is they put in the expansion proposal and will answer questions,” Goon said.

Goon said the time frame of the application process is determined by the Ohio EPA, and it’s hard to predict how long the process could take.

“It really is Ohio EPA,” she said. “They drive the timeframe.”

Goon said Seneca County General Health District and Board of Health have no authority in the permitting process and encouraged Fostoria and Seneca County residents to attend the public meeting hosted by Sunny Farms Landfill on Wednesday, June 8 at 6 p.m. at Camden Falls Reception and Conference Center, 2460 S. SR 231, Tiffin.

“Please consider attending this public meeting to better understand the potential impact of the proposed landfill expansion on you, your family, and Seneca County,” Goon said.