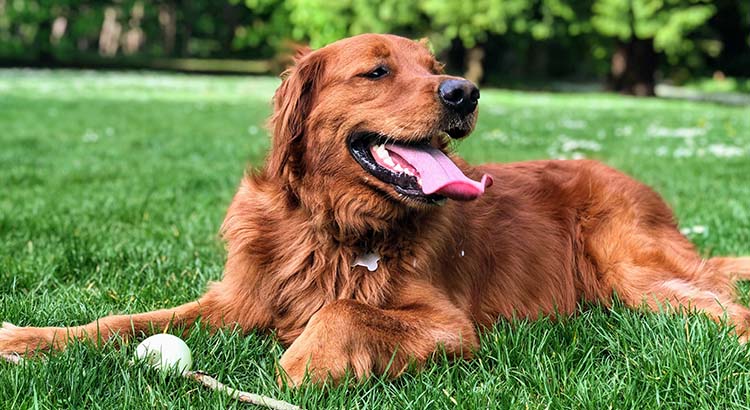 I have found a refuge from the pull-your-hair out politics that is our collective cross in Ohio and the nation. It is not nirvana. You must watch where you step. But there is plenty of room to breathe and be. It’s a place, to borrow a phrase, where every dog can have its day — so long as it plays nice with the other dogs.

Same goes for every dog owner strolling through pooch paradise in a neighborhood near you. In the over 140 fenced-in dog parks scattered throughout Ohio, nobody cares about your political grievances or who you voted for in the last election. In the designated doggie playgrounds at 15 state parks, nobody wants to hear your take on the trending madness in Columbus or Congress. Party labels are checked at the gate going into dog parks.

These patches of earth — the fastest growing park amenities nationwide — are partisan-free zones for people and pets. Occasionally newcomers will have a slip of tongue. As an ice breaker, I once told a fellow dog owner that he was a dead ringer for Steve Bannon. He absolutely was. Some people smiled. The Steve look-alike did not. I moved on. In Ohio’s off-leash parks, dogs and their owners are there to socialize superficially. Period.

Human beings stand around in open public spaces, that vary in size and design, and make small talk with strangers while their dogs roam freely in safe confines. There is an unspoken code of civility in these dog-centered play areas: You can’t be an inconsiderate jerk and your dog can’t be a nasty cuss. When you leave the canine court, you can revert to form among the uncivilized.

But dog parks from Marietta to Mentor insist on polite. No bullying. No squabbles over resources. No temper tantrums. No ganging up. No physical aggression. No body slamming or muzzle bumping. I believe the rules can apply equally to both four-legged and two-legged park goers.

You and your dog are expected to be on your best behavior in dog parks constructed to encourage socialization between neighbors and their pets. I’m convinced these green oases for the bark brigade are as much for the owners as the dogs. Spend a little time in one, if you’re among the 38% of Ohioans who share their homes with a pooch. Step out of your bubble and consider what two-million-plus dogs in the state can teach their politically polarized humans.

For starters, there are no red or blue dogs. Someone once jokingly asked me if the pandemic puppy I found in Oberlin (probably the most liberal bastion in Ohio) was itself liberal. I replied that Cosmo was probably more centrist, but he was pretty tight-lipped about it. I had no idea if my inquisitor was Republican or Democratic, (nor he, I) but it didn’t matter. We both laughed while our apolitical dogs ran and mingled.

Diversity is a contentious issue outside dog parks. But inside, where myriad breeds wrestle and romp together, variety is the spice of life. Dogs get excited with every new arrival. In the dog-eat-dog world there are class and socio-economic hierarchies to overcome. But there is no parallel among the tail-waggers (as far I can discern) in a rolling field filled with every imaginable shape of animal. Here, big imposing dogs do not have the last say over vertically challenged dogs. Yorkies hold their own in the politics of the dog park.

Some dogs, like mine, act like glad-handing politicians every time they spot a random human. Even gruff loners relent when a pup asks for affection. Because dogs don’t do phony. They can’t fake tail wags. They coax a distant soul, glued to his phone, to take a happiness break. Unlike humans, dogs do not offend easily. They cross all sorts of boundaries by licking and smelling each other. Nobody raises a paw to object.

Like the humans they live with, dogs periodically misbehave and require a swift course correction or exit strategy to the car. But for the most part, dogs can’t wait to get out, see old friends, make new ones, slurp water and poop with no inhibition. They may squabble if provoked but find consensus when it comes to squirrels. Must chase.

Dogs exhibit the better angels of humans when they look out for another dog and shoo unruly playmates away.  I’ve watched some dogs move between their owner and another dog who ventured too close. Sometimes, a dog will even overcome irreconcilable differences with say, the entire feline species, to arrive at tolerance.  My senior dog has resigned himself to a doting tom cat whose tenderness with an animal who could eat him is truly moving.

Dogs don’t run around wasting time and energy the way we do. They worry about the important stuff — eating, sleeping, treats. A walk and comfortable couch completes their day. Over the last two years dogs were (especially) regarded as essential companions. Pandemic puppies (e.g., Cosmo) were frantically sought by millions of frightened humans to ground and comfort them through scary times.

The awful time warp we remain in can overwhelm but numerous parks, built for dogs and their people, offer an escape from the craziness. Come and breathe but play nice.